I had a lesson filled weekend- back to back jump lessons on Saturday and Sunday. Although I typically prefer to space them out some, I also acknowledge that at shows Rio will have to jump back to back days so it might be good to prepare him for that. 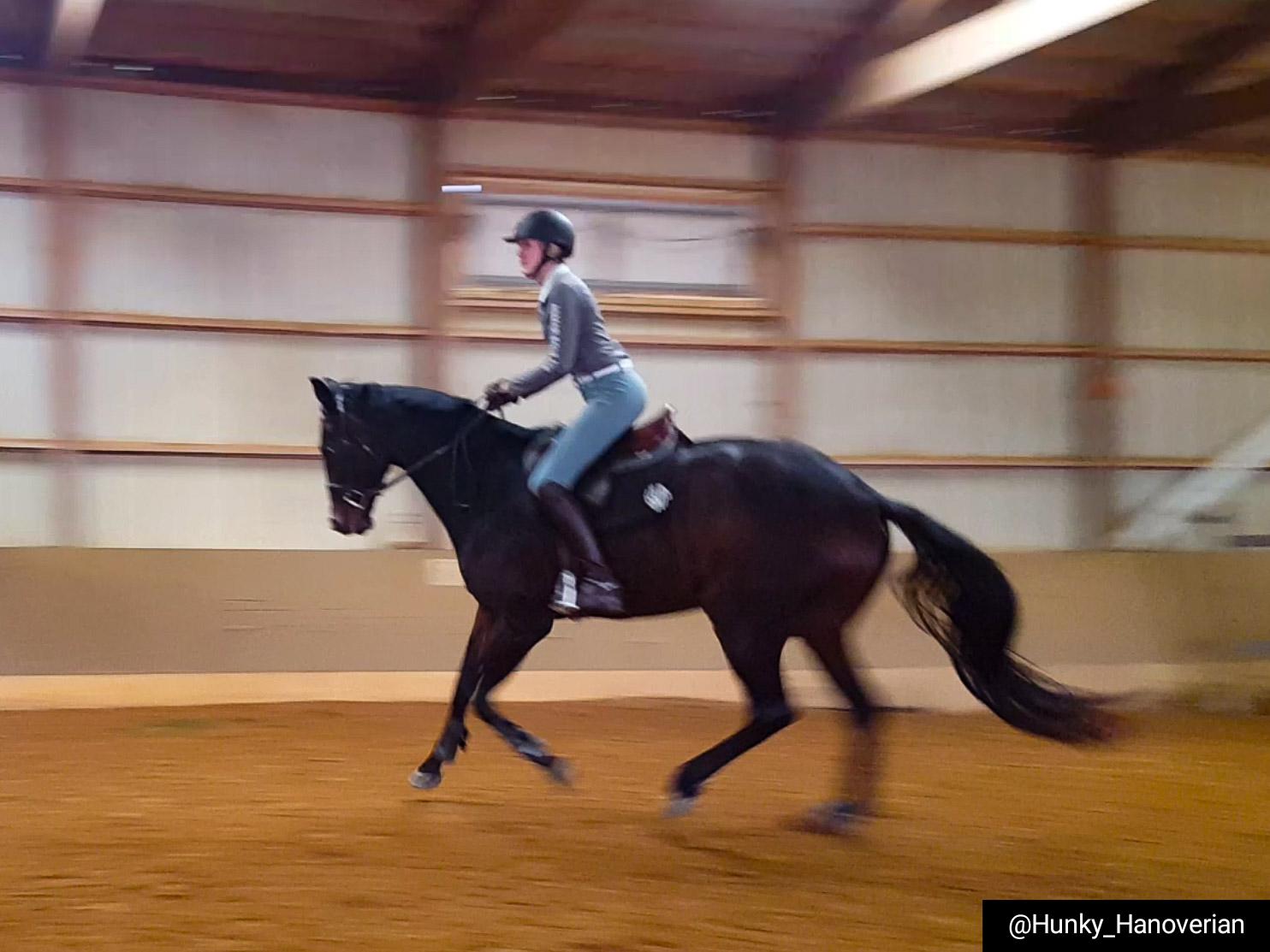 Unfortunately it rained earlier this week, and the cold(ish) overcast weather prevented the outdoors from drying, so we were in the small indoor all weekend, which means no elaborate jump courses to show off. We DID do plenty of hard exercises though, that will certainly only improve out course work when we get there.

On Saturday MM set up this awesome little bounce line on a large circle. It was TOUGH for Rio, who has always been a bit weak behind. The first 3 ish time through were like a total trainwreck, but then it finally clicked for both of us and we had a lot of really great reps! The bounces do an awesome job of driving home the need for Rio to sit back more in his canter work. A fewtimes we got to the beginning of the bounces really tight, which is usually wear Rio would break down to the trot versus sitting back that extra bit- but not this time! He actually would squeeze in the extra step and sit back on his booty more. I am SUCH a proud mom.

On Sunday we continued the booty work, but also gave Rio a little bit of an actual jump to look at. He continued to be a total rock star and aced the exercise! The left lead is much stronger, and he is able to consistently carry a quality canter that way. Therefore, we spent a good deal of time on the right lead, with more figuring out how much/when to half halt to maintain the more uphill canter. Thanks to some awesome coaching from MM, things have just really been clicking lately. Rio is SOSMART it’s kinda insane, and he really does get better every ride.

Can y’all believe he’s been back in work for only… um 5ish weeks? Me either. I kind of keep waiting for the other shoe to drop so to say. In the entire time I’ve owned him, we always get to this point where everything is going great… and then something happens to sideline us. I know I shouldn’t think so negatively, but I kind of can’t believe that things are going to well, and it all feels so fragile. Every time I get to the barn and see that he is still kickin’ I breath an internal sigh of relief LOL.  Anyway- onto the video from Sunday! It’s short and sweet (only 33 secs).