My last blog post was 8/31, and at that time I was deep into horse shopping. I’d tried two, and was starting to realize what a long haul it might be to find “the one”. I had no idea exactly how hard it would be though. Or how long it would take. Or how emotionally trying it would be.

I tried a truly lovely mare in the fall that was ALMOST everything I wanted. Ultimately too much of a push ride, but I felt confident we were getting close. Another month or so went by without any real leads, and then it felt like we moved heaven and earth to organize a last minute flight across the country to try a couple. I made to the airport right as I got the notification my flight was cancelled. After talking to the ticket agent, there was just no way my trainer and I were making it to our destination that day. Schedule complications made it impossible to reschedule the trip before the main one I was interested in sold.

Another month or so of desperate looking passed before anything promising turned up. So sure were my trainer and I that this was finally “the one” we committed to flying to the North East and back in one day, just to sit on this single horse. That’s a solid 7 hrs of flight time, and I LOATHE flying. I wasn’t exactly thrilled with how it flatted (much greener then I anticipated), but I still thought it could be the one if it jumped well. Instead, I got dumped at our first jump attempt, a simple trot fence no bigger then 2 ft. and it was a rough fall. Ears still ringing, I was determined to get back on. I hacked it around a bit more but quickly realized I had zero desire to try another fence. 7 hrs of flying and several more hours of waiting in the airport for about 15 minutes in the saddle. I’m not going to lie, this was a low point for me.

A week before Christmas and I again thought we had found Mr. Right. My job is super hectic at that time of year, and the horse looked and sounded absolutely perfect. Since we couldn’t make a trip anytime soon and there was already a line out the door to look at him, we were able to send a trusted representative to see the horse in person. A glowing report later and the vetting was scheduled. I had zero doubts that this was the one. I spent Christmas thinking I was about to finally get Mr. Right. The following Tuesday I got a very disappointing call. The stars didn’t quite align and the vet results weren’t what we were hoping for. Everyone has a different risk threshold when it comes to PPEs, and I just wasn’t comfortable.

I was crushed. I allowed myself to wallow the rest of the evening, and forget about the search the following day, but then my stubbornness raised it’s ugly head and I was right back to scouring for leads. Not too much later I was messaged a video of a promising young recently imported 2017 Dutch gelding (Herald III x Arezzo). I sent the info along to my trainer, and a few days later she had a trusted fellow trainer in the area scoping it out for us. Similar situation to the last time, we just didn’t have time to make the trip to see him in person. Start to finish I think the deal was done in 6 days, and Hugo was on the trailer heading my way within 2 more days.

He arrived at 8 pm last Monday night, and it was definitely the most excited I have been in a very long time. I was not at all disappointed when he was unloaded, he was immediately calm and very sweet, not to mention adorable in the looks department. He currently sticks at 16.3, which is perfect. He’s coming 5 this year, and although he’s already a good size for me I expect he will grow at least another inch. I also cannot wait to watch him transform as he continues to develop. He’s as cute as can be now, and I think he’s going to be absolutely breathtaking in a year or two when he really come into himself.

Ok I had planned to write all about our first weekend together in this post, but I think that has to wait until tomorrow! 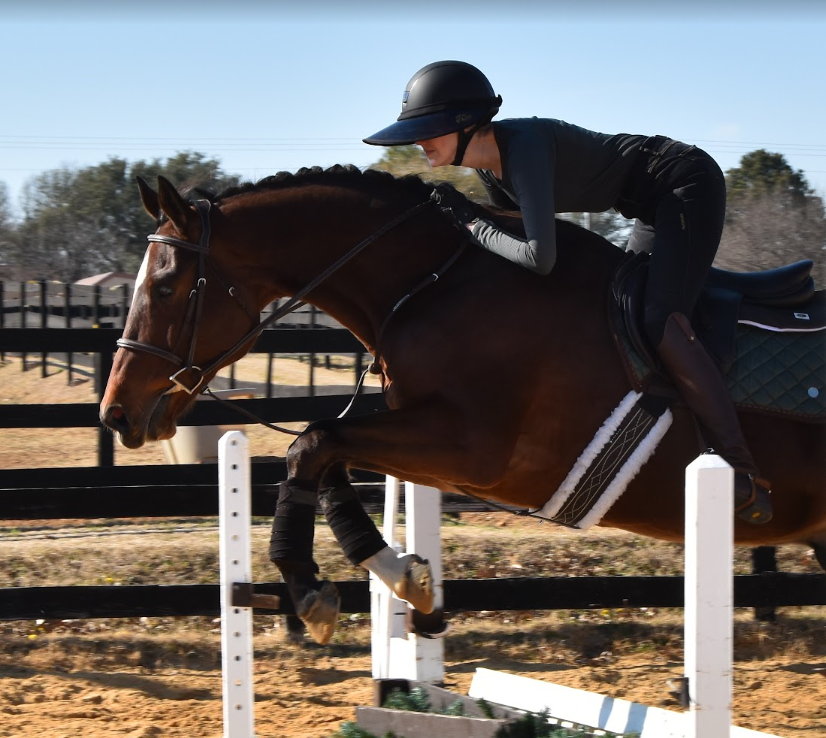