Since my last update I had one jump lesson and a hack, then a day 10 break from the barn (due to a non-horsey vacay) and one hack since I got back. Let’s catch up on the lesson first. 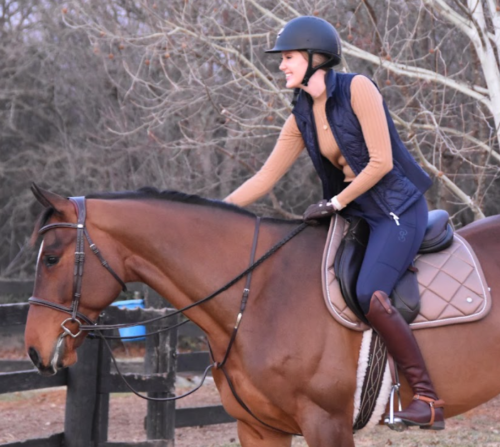 It was right after TX had gotten a couple days of snow and super cold weather. My first ride on baby Hugo in less then ideal weather where he hadn’t been turned out for days prior, I knew it would be a good test to see how he handled everything. No pre-ride lunge to let him get any sillies out, I just wanted to see what I had. 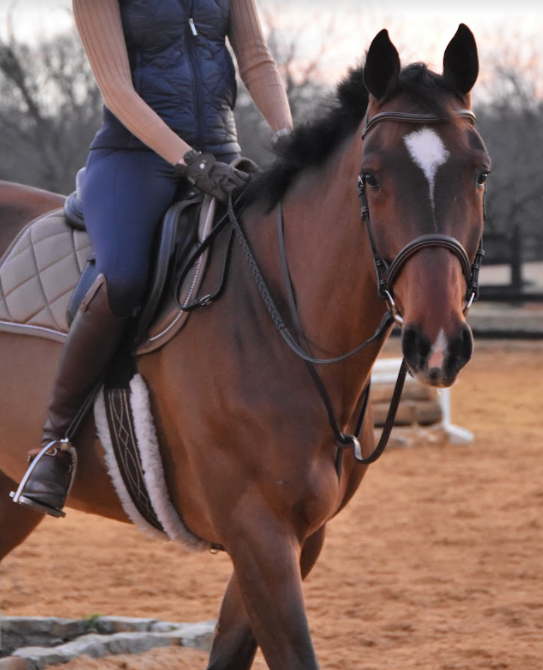 Turns out I had nothing to be anxious about- he was fabulous! Definitely less focused, and overall much more “I’M A BABY” but no spooking, shying, bucking, ignoring my cues etc. Since the footing was a little wet in places, we just played around with cavaletties. He was good about them in that he doesn’t care and steps right over, but I also felt like it was harder to get him to take them seriously. Like, they just aren’t worth his effort. We were supposed to trot one into a bending line, land and canter 7 strides to the out. That felt IMPOSSIBLE. For starters, we actually just entirely missed the cavalleti once (hello steering) and then landing and trotting just seemed like the thing to do, and I couldn’t get organized enough to canter before the ‘out’ cavaletti. When I’ve trotted him into a line with actual jumps, landing and cantering hasn’t been a problem, but we are still working on installing that option over cavalettis. Really though, despite what felt like silly errors, he was overall just a super solid citizen about the entire situation and I was really proud of him! 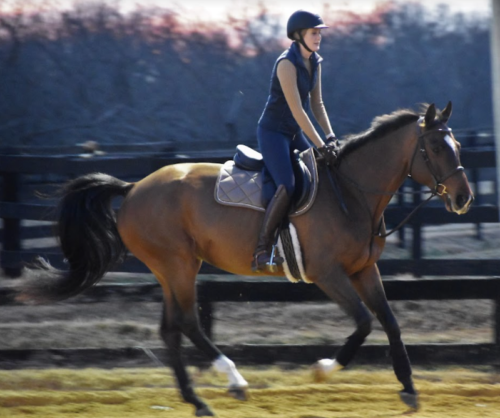 One of my trainers rode him while I was on vacay (I say ‘one of’ because my barn has a head trainer and two assistants) and I got great reports about how he was doing. Wednesday evening I finally got out there to hack him myself and wow, he already felt different! Stronger, and I a lot quicker to understand what I was asking. I was riding solo under the lights, and although he was definitely a bit looky outside of the ring, he continued to impress me with how chill he was abut the whole thing. 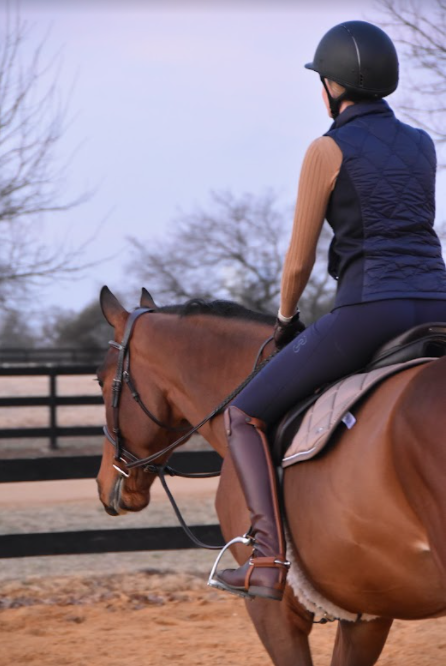 Well that’s all I’ve got for now! I’ll be soaking up the good weather at the barn all weekend, and I’ll report back next week with an update. I have also gotten to try some really great new riding clothes from Botori and PS of Sweden lately, so I might do a post or two for those interested in that kind of thing. Have a great weekend everyone!