Saturday was a pony filled morning for me, aka the best type of morning. I got to hack 2 lovely horses, and have a jump lesson on Brownie, who is a fabulous dude. Even better, my BFF Liana came out so I also have MEDIA!! Whoop whoop! 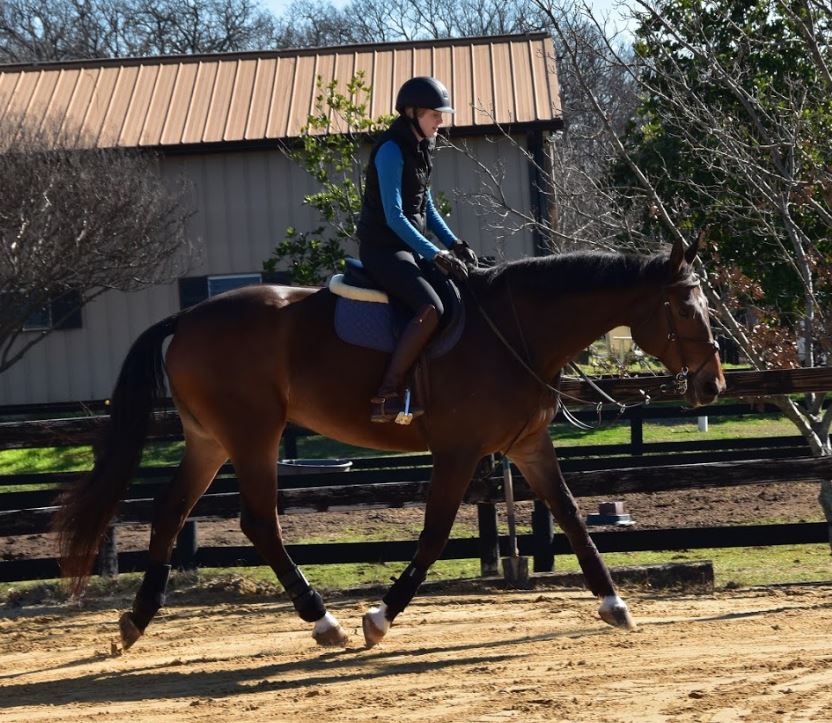 The morning started off with a hack on Norman, a lovely large been-there-done-that kind of jumper. He has super solid flatwork, so we had a lovely hack where I got to play with all his buttons and drool over his canter, which is like riding a luxury yacht. 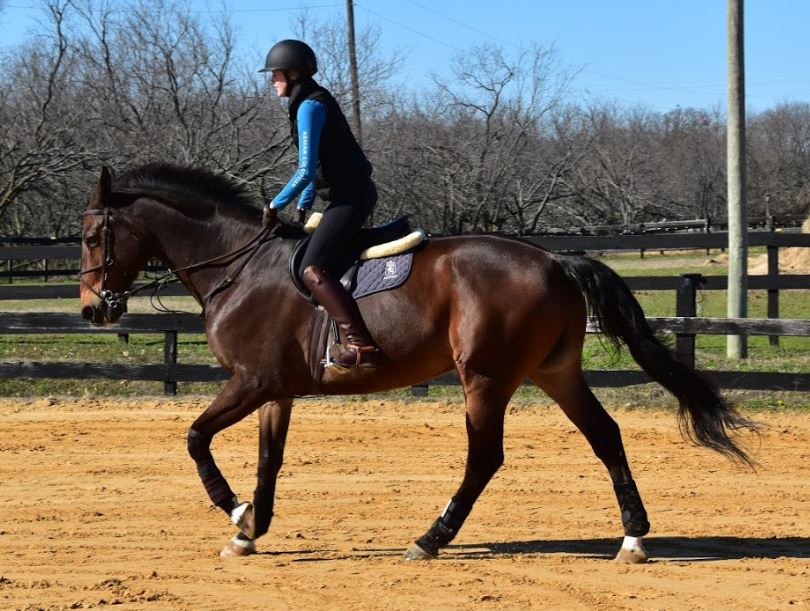 After Norman I took a jump lesson on Brownie, who is possibly the best school horse ever. He can still go to the A shows and clean up in the Modifieds (2’9). Other then being very sluggish to the leg in the beginning, he turns into an old pro once you start jumping courses. Getting through the warm-up can be a lesson in strength training your legs though! 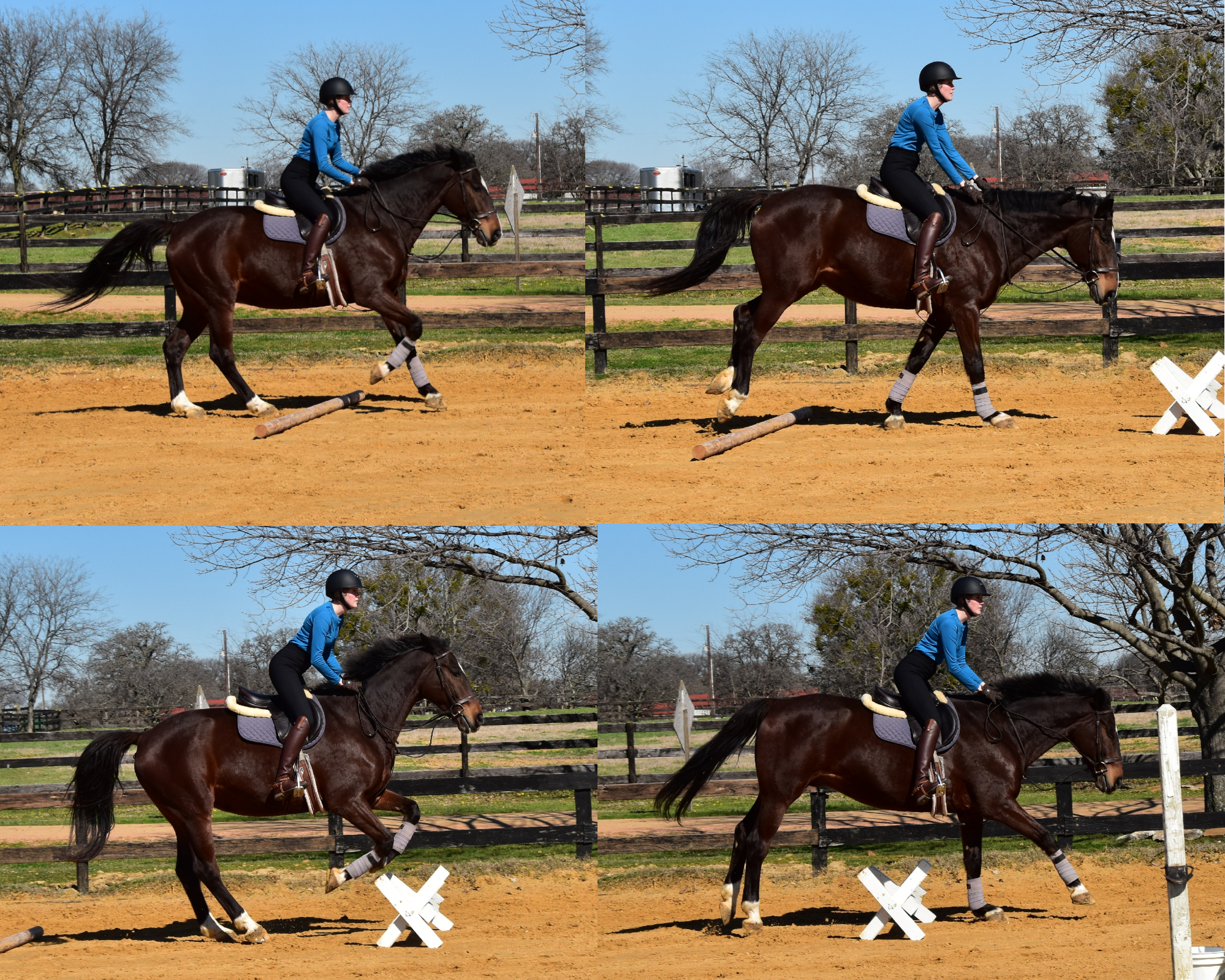 I noticed that I have a harder time with ankle flexibility/dropping my heel in my new boots. They still have less then 10 rides at this point, so they are definitely still getting broken in. Since they are dress boots (and not field boots like my old ones) they are pretty fitted through my ankles. I’m sure they will break in with more saddle time so I can get my heels back to where I like them.

Once we got to course work I really focused on the basics: pace, track, and straightness. As long as I have those three things taken care off on a well schooled guy like Brownie I can make any distance work. The problem comes when one of those things is missing. At first, I was lacking a quality canter. Without it, Brownie wasn’t as adjustable and I was finding mostly long & weak spots to the jumps. 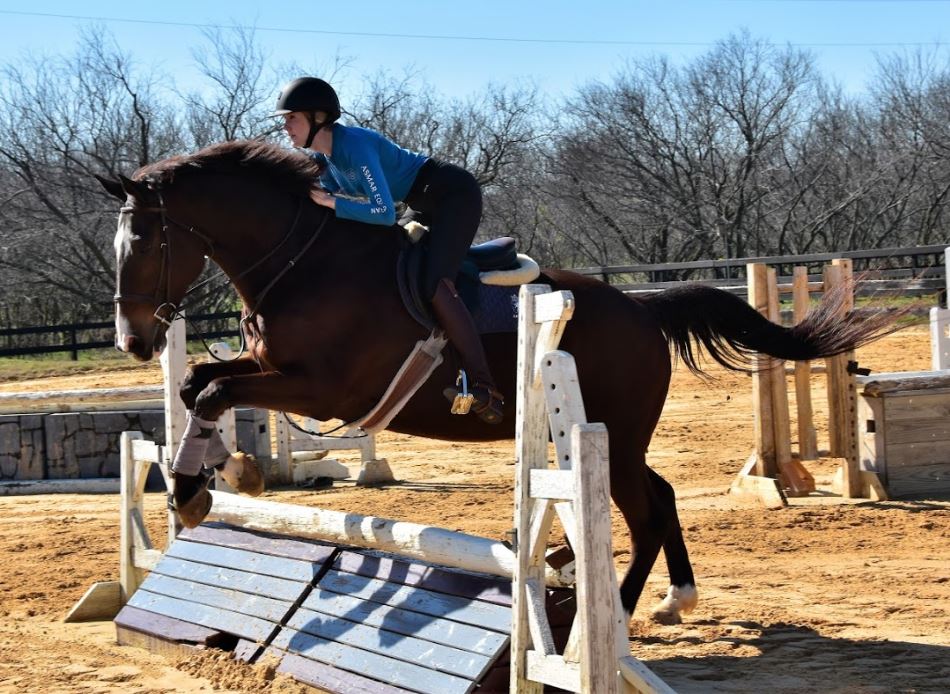 Once I got the pace taken care of (which necessitated asking for a lap at Brownie’s version of a full-out gallop to really wake him up and get his engine going), I then had to work on my straightness, especially coming out of turns.

It can be so easy when you are riding easy flowing hunter courses to meander around a turn and then never quite get straight out of the turn. Without the straightness, the distances were harder for me to see. 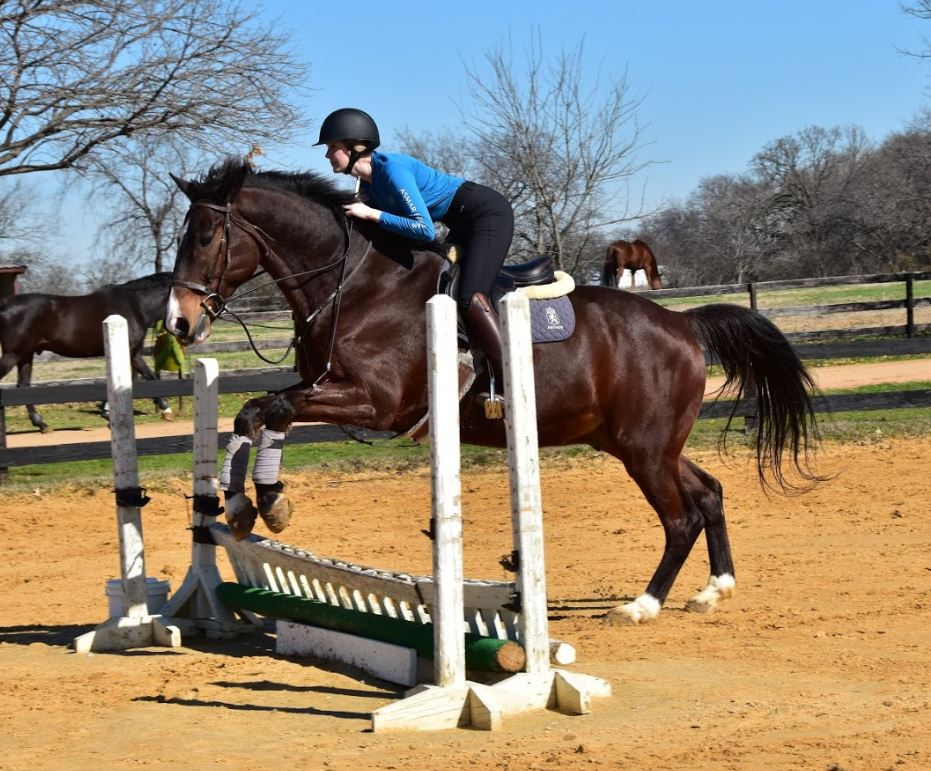 When all 3 elements fell into place it was easy to get good distances and pretty jump efforts from Brownie. Rio isn’t nearly as schooled as Brownie, so although the basics are the same, I didn’t always get the same results due to not getting it quiteeeeee right. A good canter is hard to achieve on Rio for example, so our pace wasn’t always what it should be even with me focusing on it. Getting to practice on a skilled horse like Brownie just really cements the foundation into to my brain, since I don’t have to focus on as many other things.

Another thing I have gotten to practice doing correctly on Brownie is flying lead changes. Yes, I did them on Rio (and many other horses before him), but lead changes aren’t something you can drill, so if you make a mistake in cueing on a greener horse, you really can’t just keep practicing until you get it right.

I have never own a “school master” when it comes to lead changes, so the ability to consistently get to practice asking correctly has been really rewarding. I developed some bad habits on Rio due to my anxiety about NOT getting them. In general I would over-cue, and just do way too much to try to make it happen. Now I am getting the chance to develop proper muscle memory and release some of my tenseness surrounding them since Brownie does them perfectly every time. 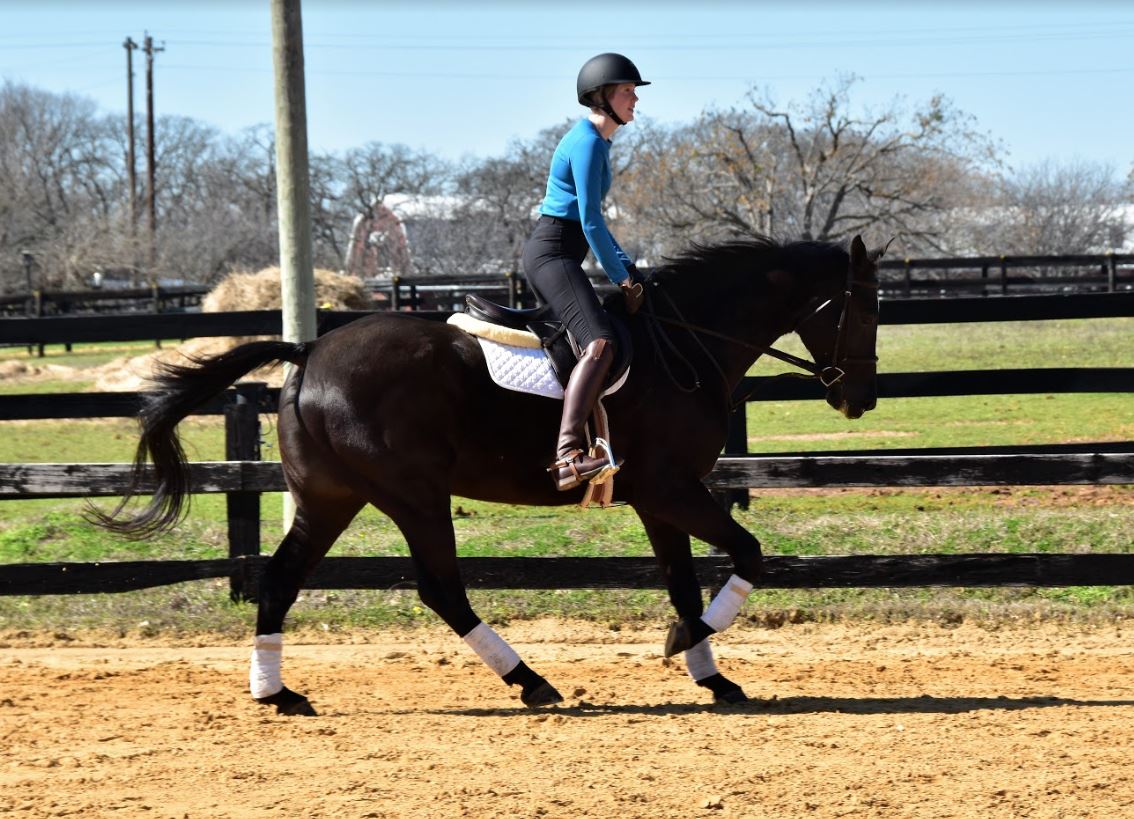 After my lesson on Brownie I hacked one more boarder horse, who was away this weekend at a show with her other horses. This is Bremman! He is older now, but still an incredibly fun ride with amazing gaits. It took me a few minutes to figure him out, but once I got some impulsion and lateral bend going he turned into the fancy show horse he used to be. 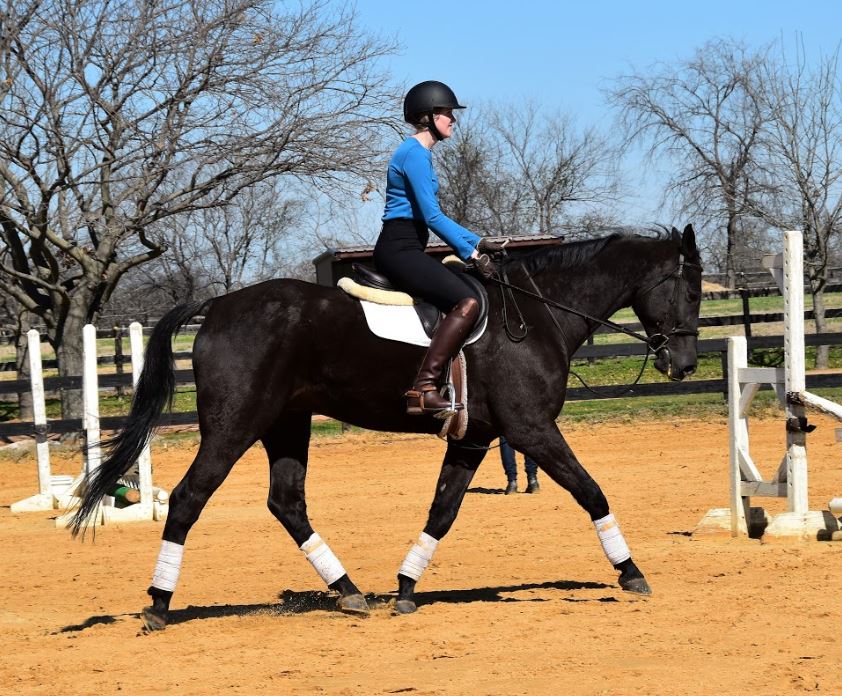 I know I have been saying this a lot, but getting to ride so many different types of horses really has been a silver lining to Rio’s injury. As much as I love riding Rio, I do feel like when you only ride one horse for a long time you can kind of get tunnel vision. I have definitely felt it in myself. I would start to really focus in on Rio’s weaker issues and find myself doing wonky things to compensate. I would also take the things he does well and easily for granted. I keel telling myself then when he is ready to work again I will be a  better rider for him!