I’m happy to report that it was a wonderful, riding-filled weekend. Rio seems to be handling the heavy work load like a champ. Sunday was day 6 in a row of working pretty hard, which is definitely the most I’ve asked from him thus far. Don’t feel too bad for him though- he still spends about 8 hrs outside every day eating to his heart’s content. 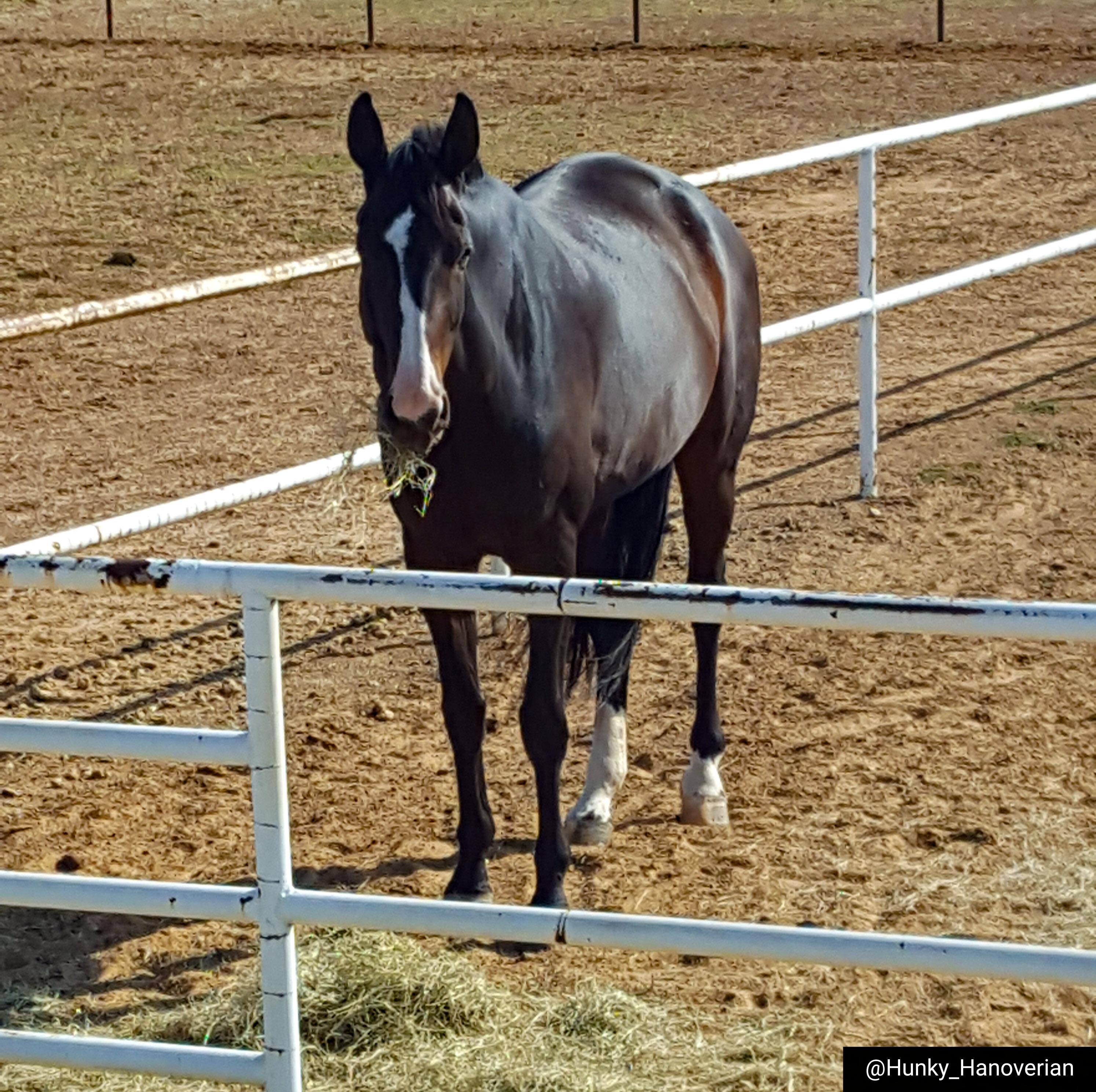 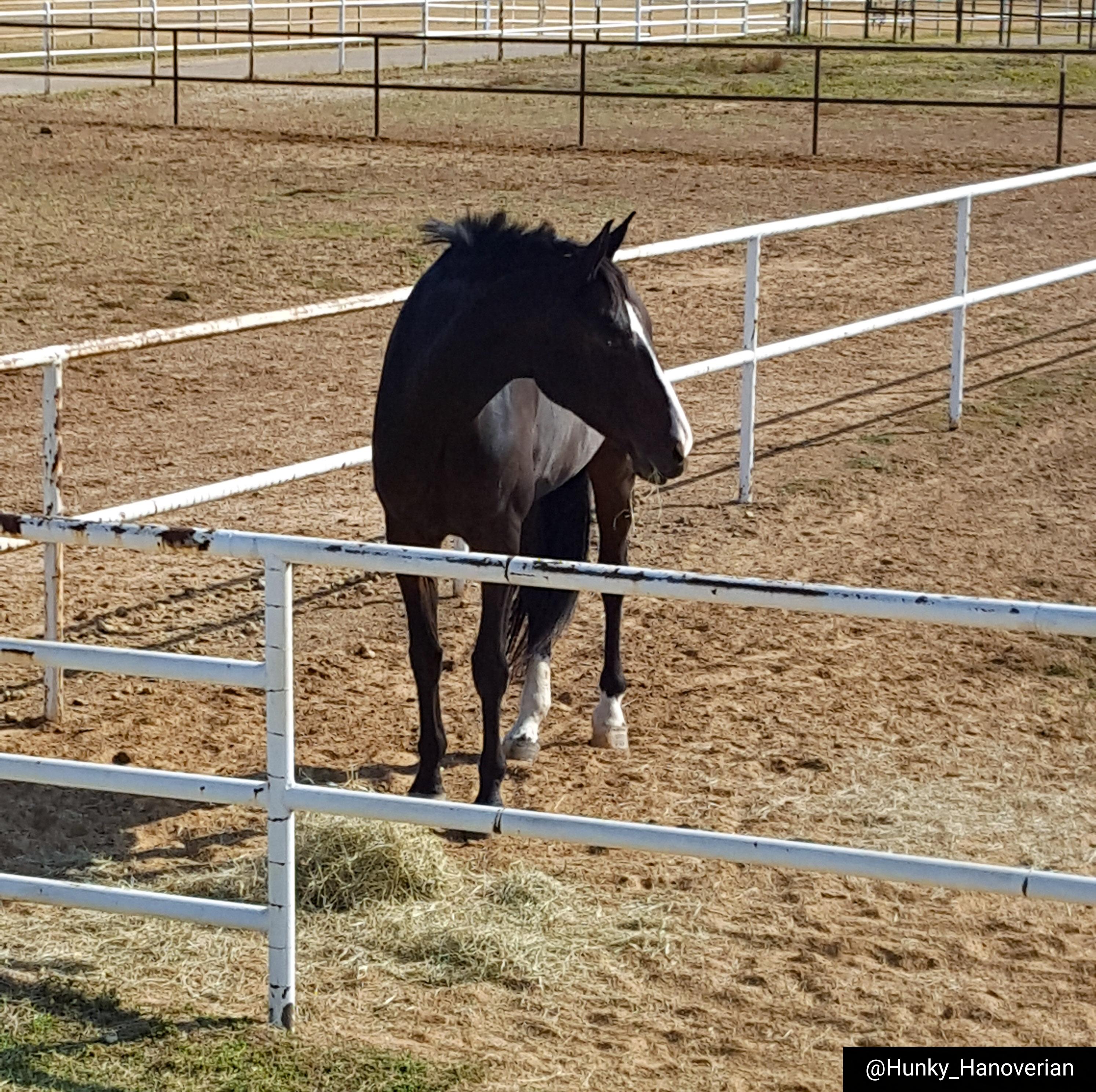 Saturday was a fairly light work day, with mostly a bit of flatting, and only popping over a tiny cross rail to an oxer at the end. He felt SUPER and I was excited for our jump lesson on Sunday.

I was a bit worried that Rio might come out Sunday feeling a bit tired or off, but he warmed up great. Felt really even and had a good amount of energy. I don’t really have any video from the ride because MM was busy coaching me and we just didn’t think about it honestly! We basically did the same thing as my Friday lesson- the same bounce exercise, but off the right lead this time. Rio did great with it from the get go, and the only issue we had was when I got him into the bounce line at a bad spot then kind of abandoned him… This was actually kind of the theme of the lesson: me abandoning Rio. Not on purpose mind you, but I was being particularly indecisive for some reason.

My indecisiveness bit me in the butt though when I basically crashed Rio in the above pictured oxer. It was a 2 stride line- small vertical to the oxer. I chipped the unholy shit out of the vertical. Then, instead of sitting up and LEGGING, I just thought “SHIT SHIT SHIT SHIT” and I kinda just froze. I considered bailing out to the side, but at the last moment was like, “Nah, let’s just jump/likely crash through it!” and Rio was like, “…dum dee dumm, jump from an impossible non-distance? OK!!!!!”. Let’s just say… it was not pretty. Then we came into the line again, another bad spot, and Rio felt me just give up and he made the decision for us to bail out of the oxer.

Well shit. Rio has never done that before. This whole situation was me riding really really crappy and making him not trust me anymore. UGH.

But never fear, Rio is the forgiving type. I got my shit together after that, and we jumped through several more times with no issues (THANKFULLY). It was a nice wake up call for both of us though- I really DO need to ride, even if we get a bad spot in, and I think Rio realized he needs to pay a bit more attention as well, for the sake of self preservation.

I am still kicking myself a bit, but MM insists that it was a good lesson all-around and that I didn’t do any permanent damage so I am trying not to dwell on it too much. (Even though I can’t really help it!).

What about you guys? Do you feel guilty for letting your horse down and do you dwell on your mistakes for days when something like this happens?