Rio has been on an energy high this past week. Unclear what has spurred it (maybe the somewhat cooler temps?), but he his been quite frisky for our past few rides and lessons.  I’m not complaining though,  I actually like a horse with a bit more energy,  as long as that doesn’t translate into naughty antics.

Our jump lesson Thursday was under the lights- our first one of the season.  It was also quite cool Thursday evening and I finally got to break out a vest. Vests are one of my favorite cold weather accessories after all, so it was cause for much internal excitement. I never really got Rio totally relaxed in our warm-up, which was only amplified when we started to jump. Although none of our rounds were very smooth, I actually felt like it was a very beneficial lesson. 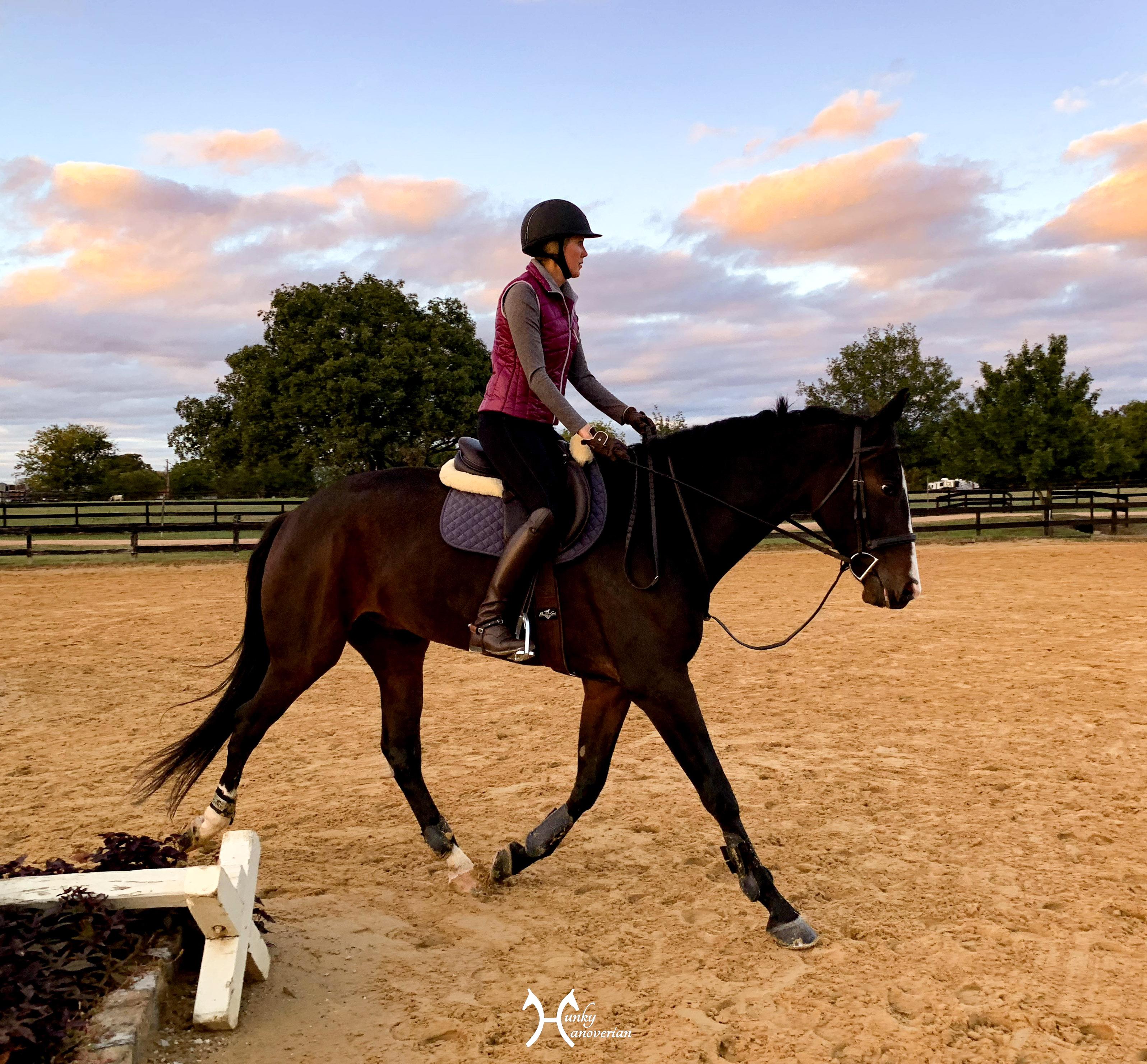 Rio being a bit more hypey then usual forced me into being a more assertive rider. I also found myself being more confident in my decisions overall, which is a somewhat new feeling. We had lots of “misses” but they were all my CHOICE,  never did I just abandon him and give up. We had more then a few ugly deep spots but I was Ok with the ugly,  which is something I used to not be able to say. In  the past, I’d take the flyer to avoid the deep ugly spot, but Rio does NOT need any training that encourages the flyer, as he is more then willing to do them already. 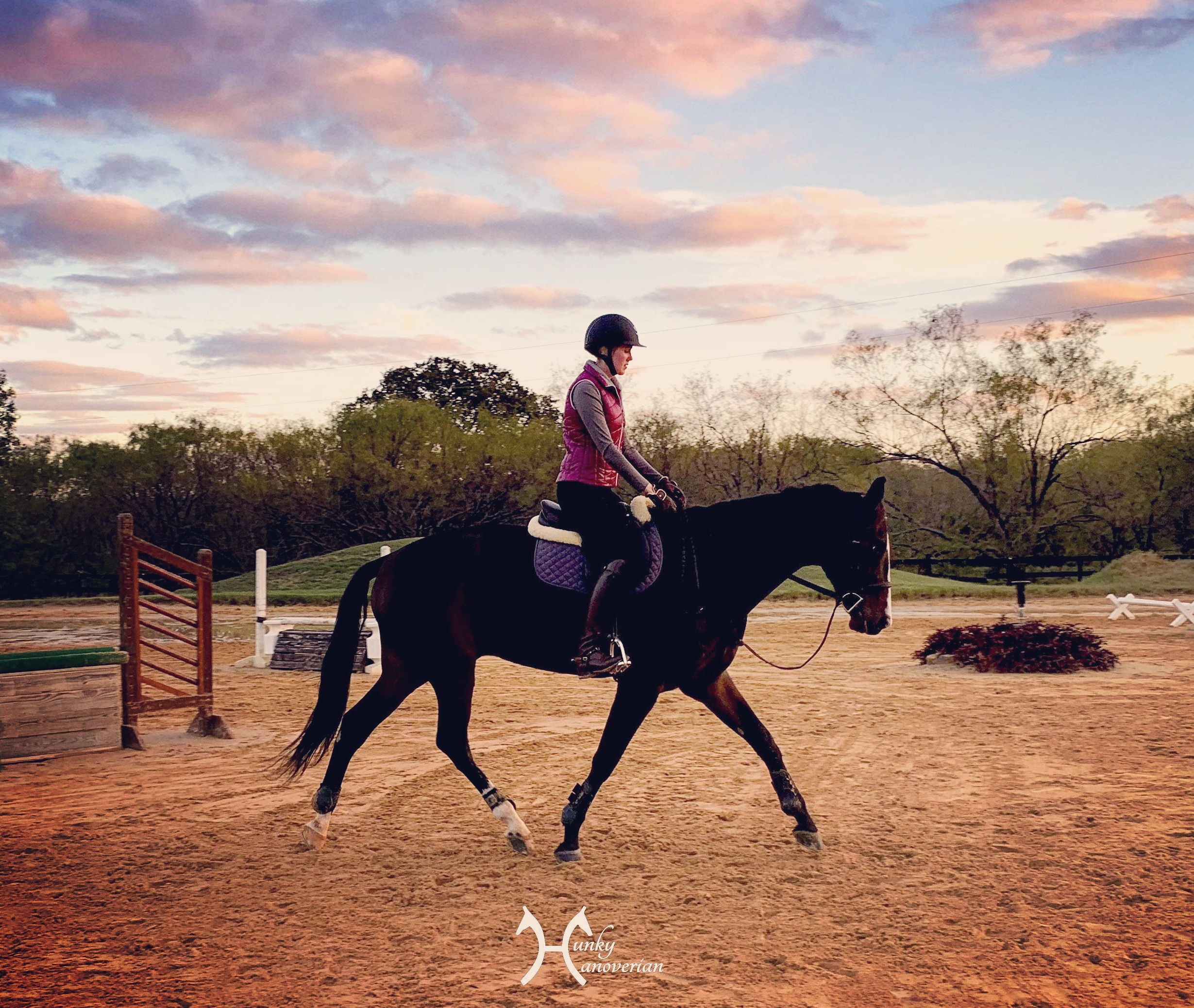 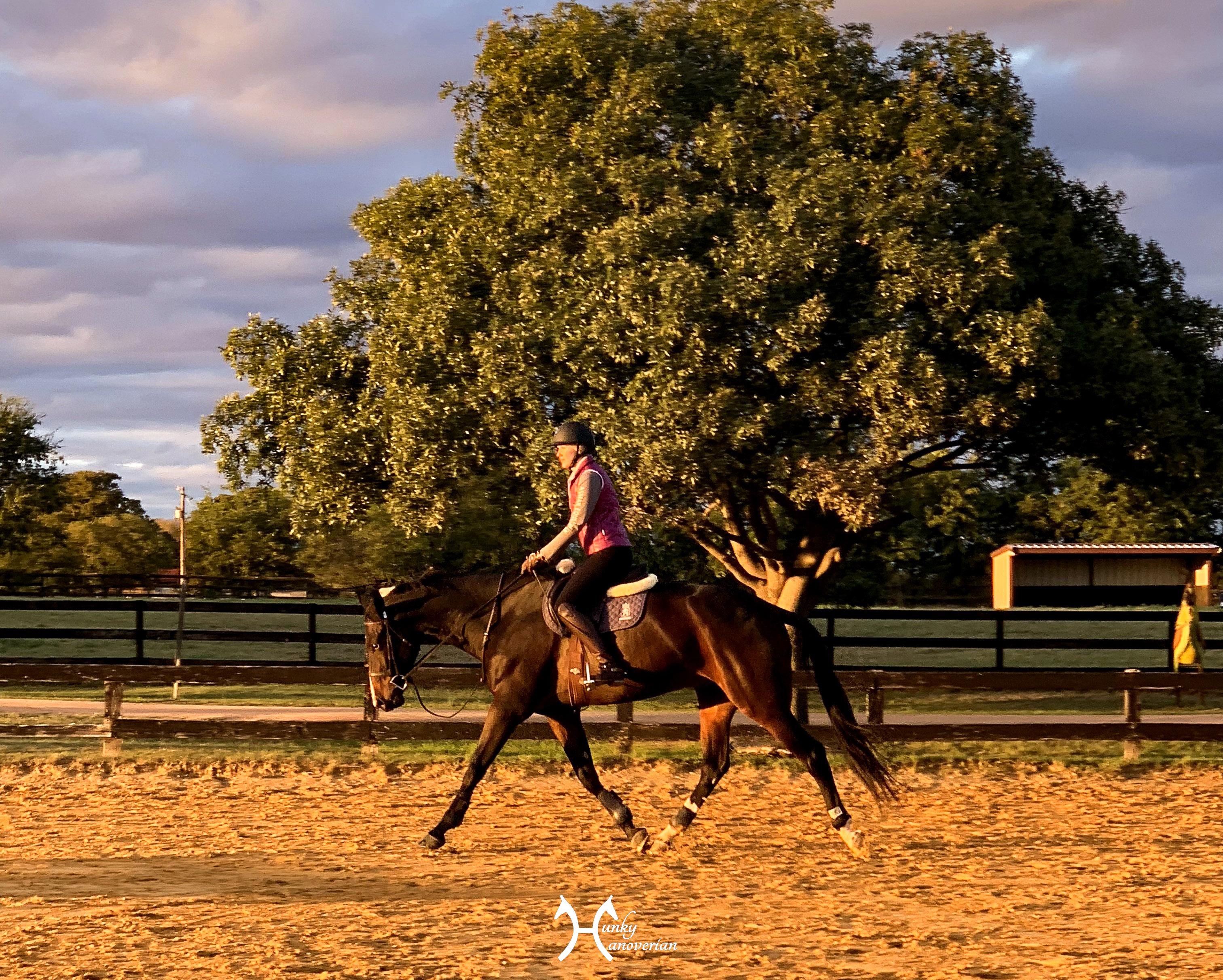 On the bright side, hypey Rio gave very enthusiastic changes the whole ride, so I think he gets the picture with those,  even if their similarity to a gazelle leaping from the bushes does raise some eyebrows ringside. 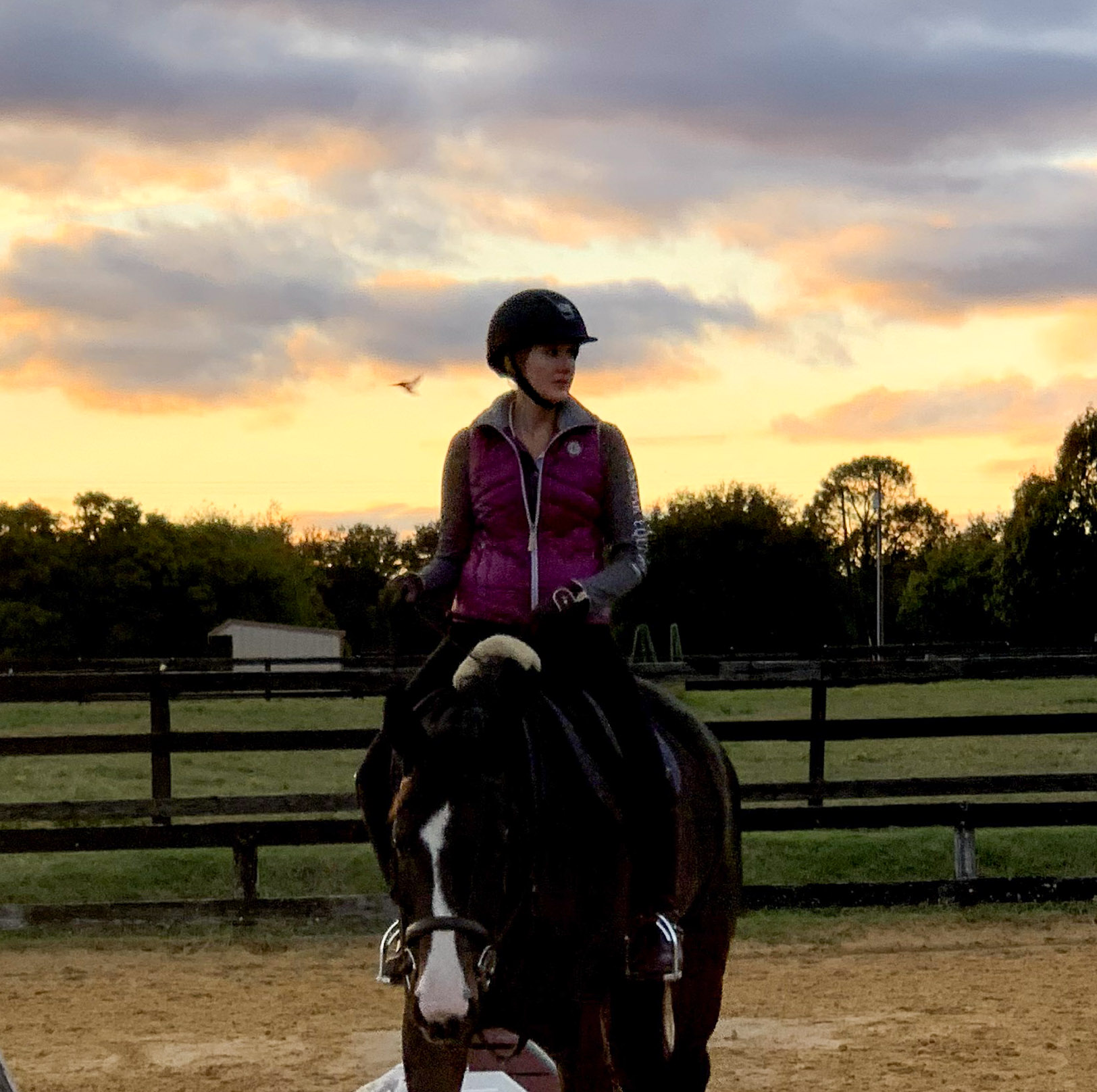 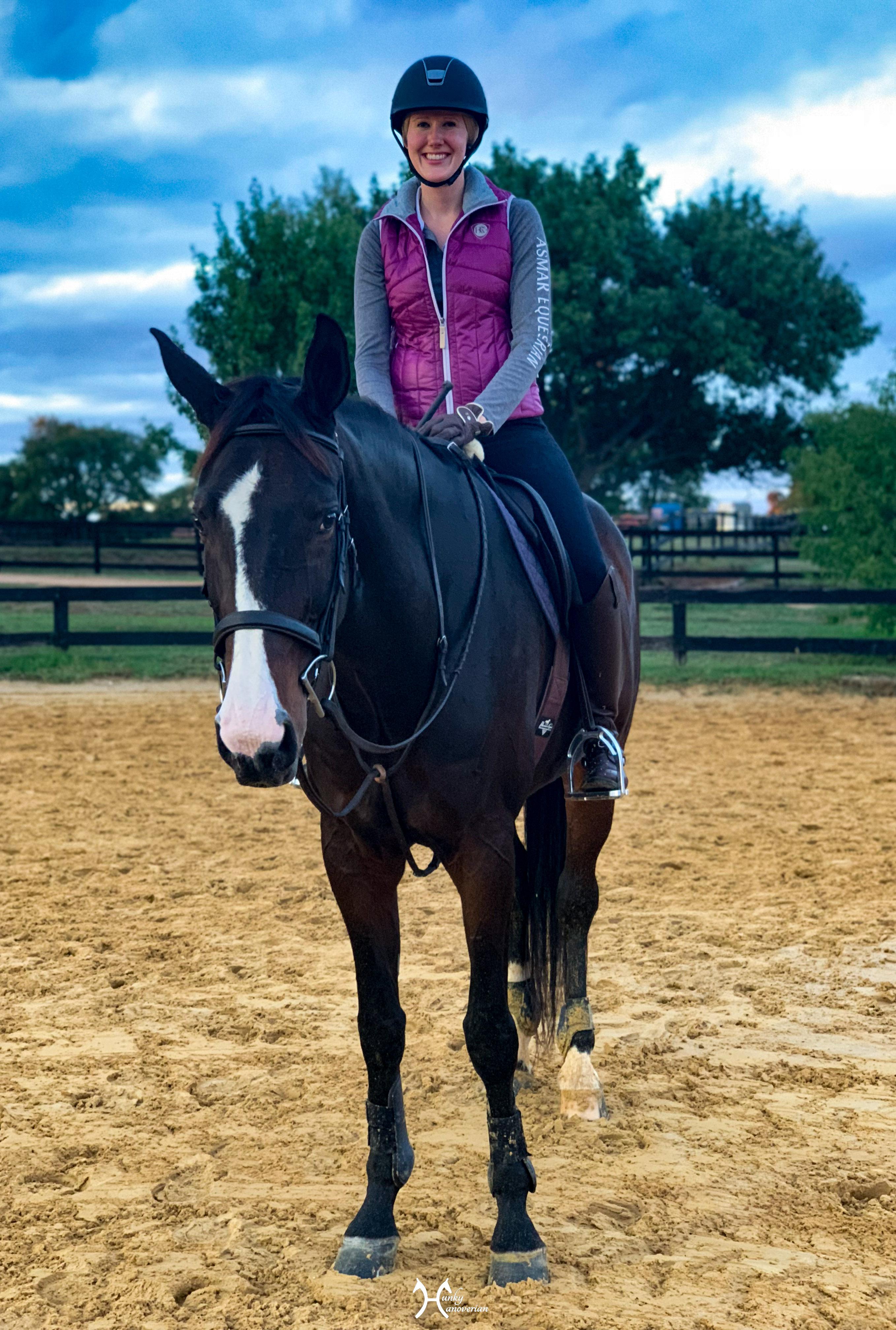 Saturday’s lesson was at 11am in 70ish degree sunshine.  Rio came out much quieter, and our flat work was some of the best we’ve had. Trainer Stacie really emphasized keeping “all 4 wheels on the ground” through turns which really clicked with me when it came to straightness.  I realized how badly I let Rio fall out his outside shoulder when we started incorporating counter bend and leg yields off the rail.  Counter bending him and leg yielding to the inside really forced him to stay much straighter between my aids, it was lovely! The increased straightness translated to a better quality canter.

The jumping portion of our lesson went well. Still a bit hypey, I kept having to halt after the 2 stride to remind Rio that running away with the zoomies after a good effort was not the desired response. Even though he was still a bit excitable about the jumps, I could really feel him listening and responding to my aids, and I felt like I was doing a better job of correcting him and then leaving him alone again, instead of up picking up the slack by riding every step like I used to do. It’s hard being a grown horse and having to carry your own step, Rio would like everyone to know this. 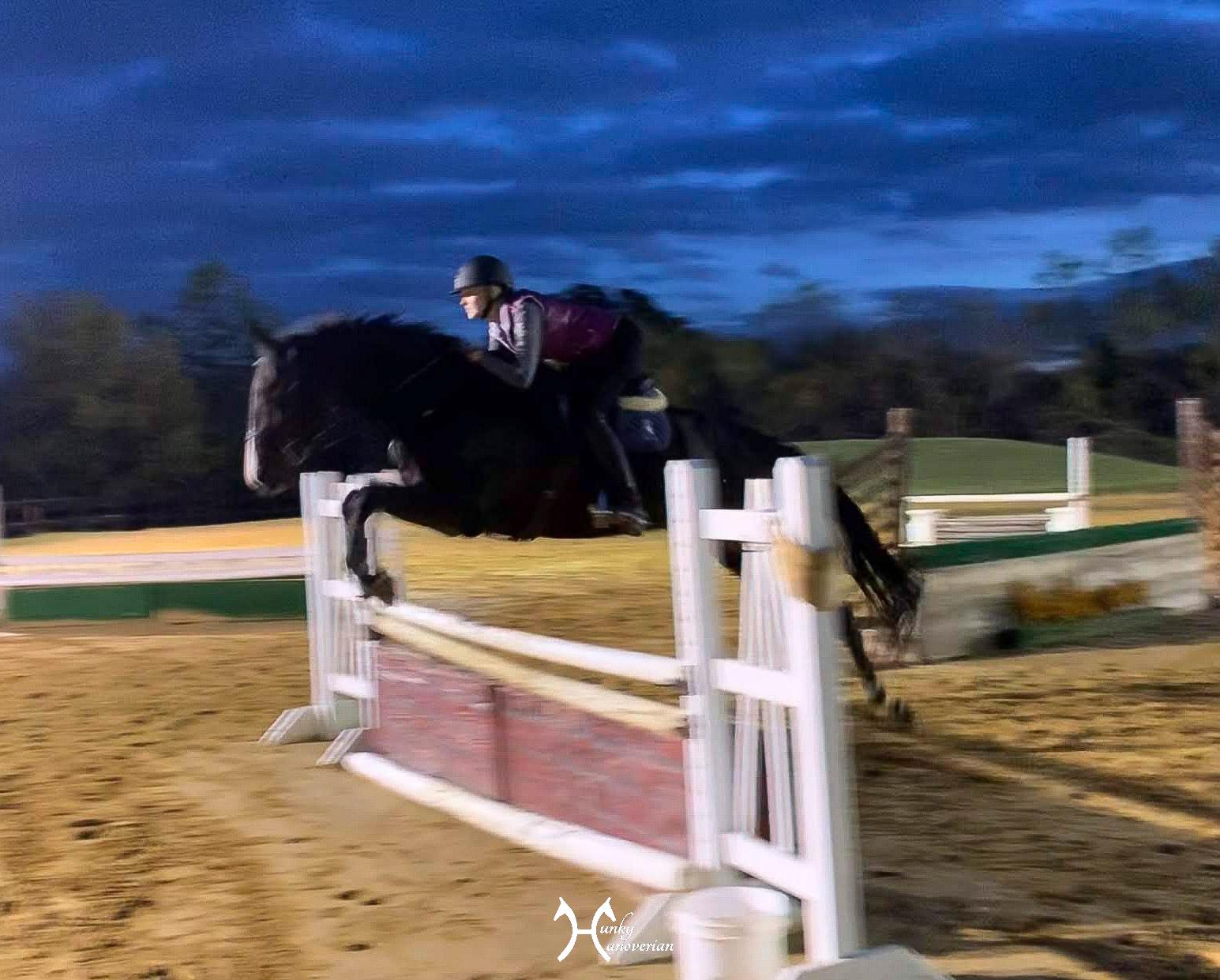 After our lesson he got a long bubble bath where I am pretty sure I got as wet as he did. Thankfully the sun was out in full force, so a 20 minute hand graze had him (and myself) dry enough to start clipping. 3.5 hours later and I was sort of done. I say sort of in that I had basically clipped his whole body (minus the ears), but the more detailed areas were still a bit rough. I was out of stamina though, and Rio was getting pretty annoyed with me. I decided to clean up any rough areas after my Sunday hack, when I would have more energy and a fresh perspective. 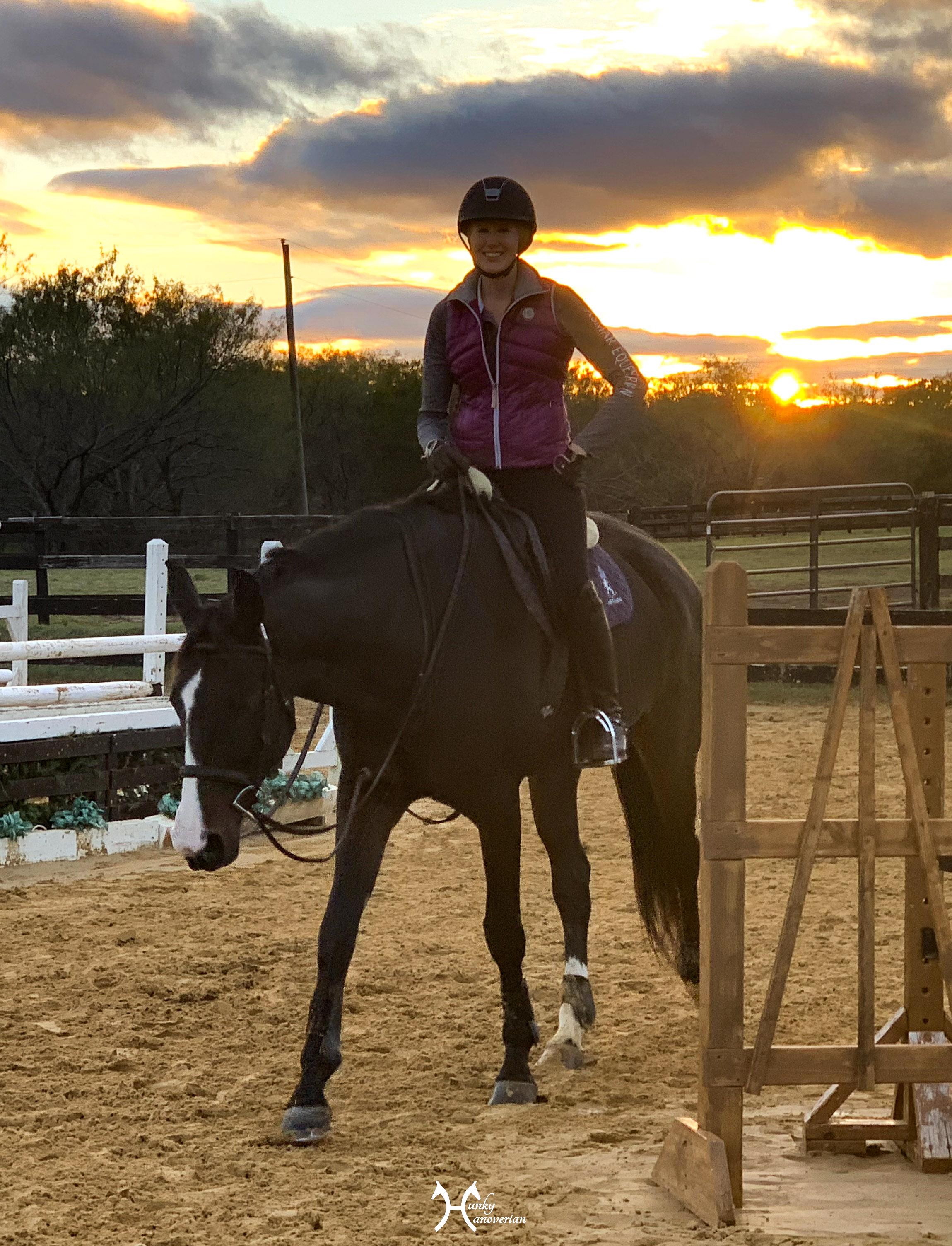 Most of my barn leaves today to head to the show, but Rio doesn’t leave until next Monday. I plan to take it easy this week with light hacks focusing on the basics, and give his legs a rest from jumping until the show next week. Excited to see how he does at a new venue!

***THANK YOU as always to Liana for the pictures during such a picturesque ride!***

Faux eventer for a day

The Journey for the Quality Canter