I know, I know. It’s been ages since I have done a lesson update! With the move to the new barn at the beginning of March, I’ve been settling in and getting used to things. Now that I have 4 lessons under my belt, I’m ready to start putting my thoughts down.

As I mentioned in my previous post about the new barn, there are actually 4 trainers at Bay Yard. My first lesson was on the day I moved there, with Laura, and the last 3 have been with Julie, who also does pro rides for BYF (Bay Yard Farms) at horse shows. I had an awesome first ride with Laura, but I am going to focus on the ones with Julie since I have ridden with her the most, and the most recently. 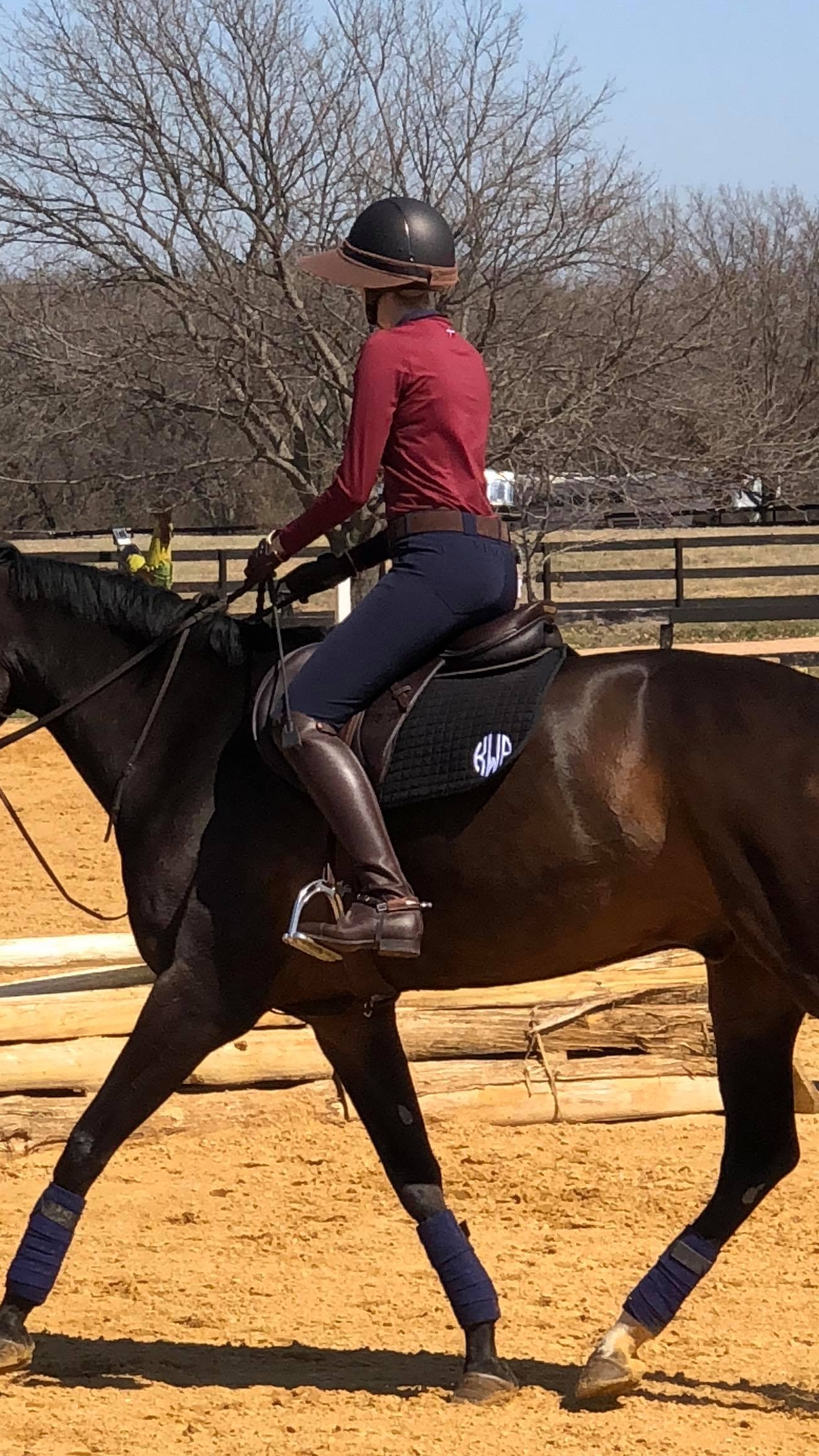 Julie has freaking eagle eyes. I kid you not. My first lesson was good, but I couldn’t help but feel a tiny bit discouraged. She sees EVERYTHING and immediately has you correct it. Which is AWESOME, but SO HARD. I am not gonna lie, I was a tiny bit impressed with myself and Rio and my flat work abilities prior to these lessons. During my month alone, I spent time feeding my inner DQ and worked on things like leg yields, half pass, shoulder in/out, haunches in/out etc. Not saying any of it was dressage quality, but Rio was getting the gist of it, and some of it was actually really really good! So why was, what I would consider, basic flatwork seeming so hard all the sudden? 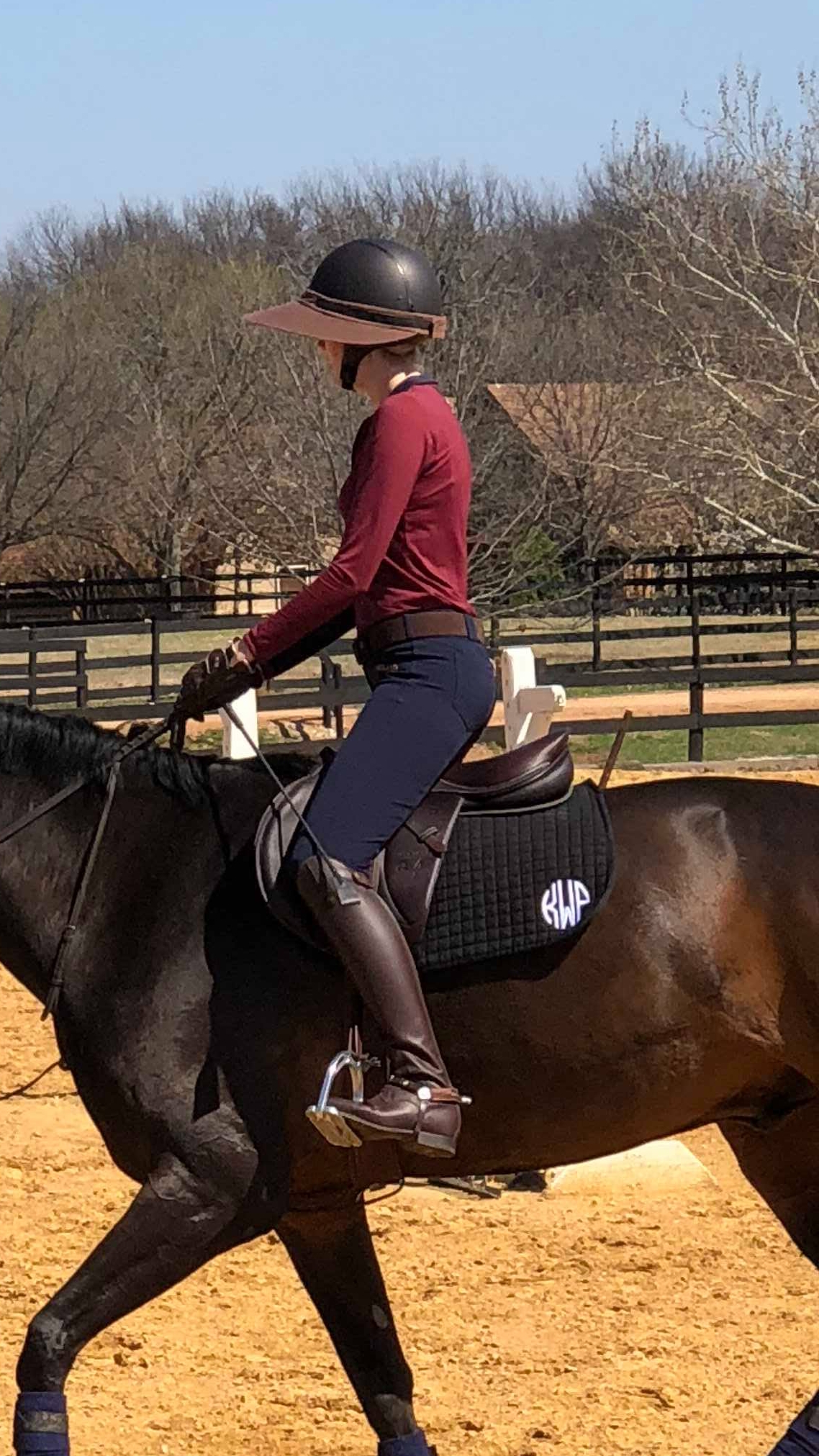 Oh ya. Because I don’t like to work that hard, and I tend only work on what comes easily.

Rio loves to bend! He loves to move his haunches around! You know he doesn’t love? Going straight. Staying back on his haunches with light contact. Trotting slowly and deliberately, but still with engagement. Carrying his own butt around.

Dressage mode Kelly got pretty comfortable holding a steady contact (way more then you would want in a hunter), practicing extended trot, and using things like shoulder-in to put his inside hind under him, which comes more easily to him the rocking back on his haunches while staying straight behind. That is all fine and dandy, except I want a hunter, not a dressage horse. It is very difficult for me to do some of those things WITHOUT doing it “the dressage way” which is the initial way that I learned it. I can do a more collected canter easily but I do it by using a good bit of seat. You know what’s hard for me? Doing it in a light seat, and not holding him up the whole time with  my outside rein. 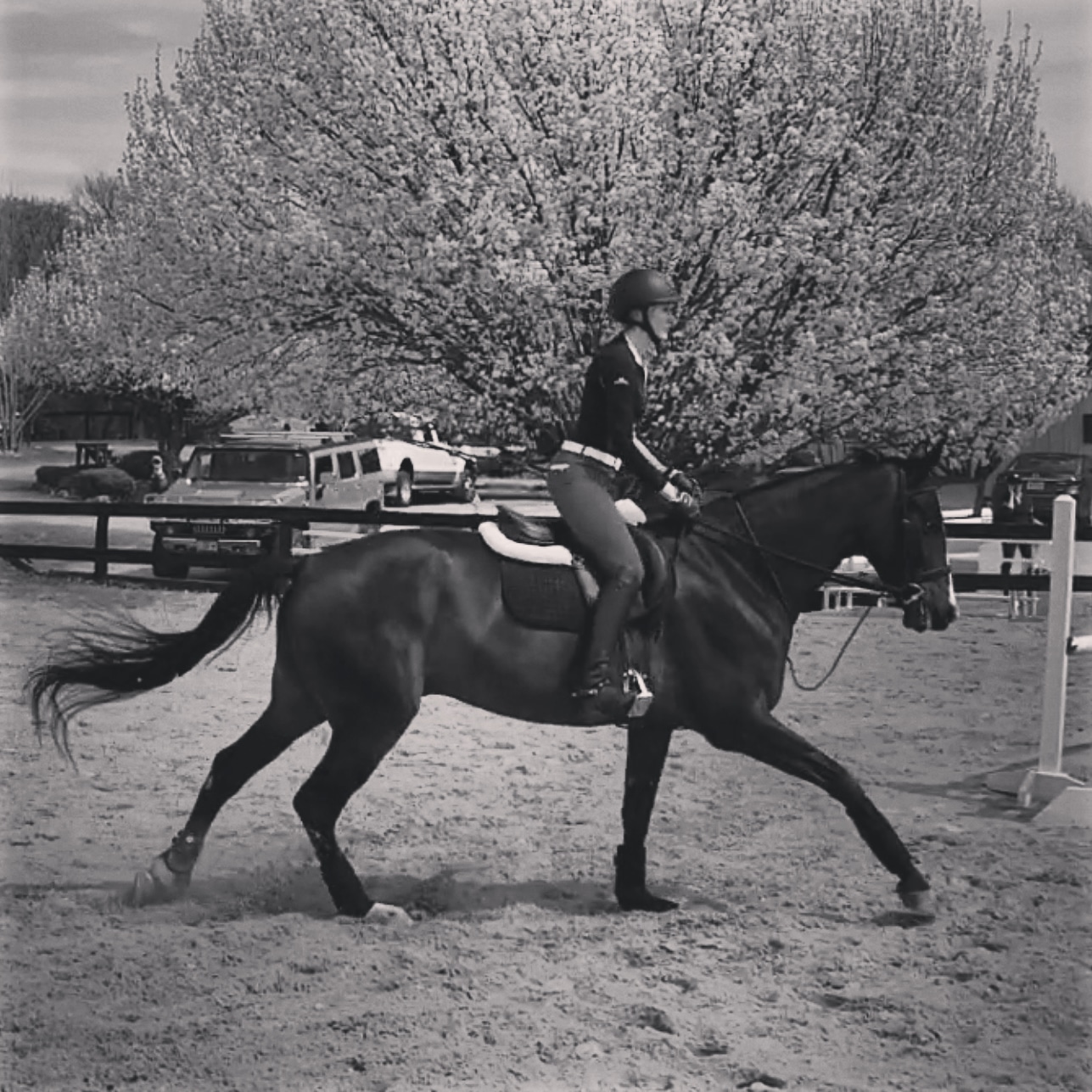 It also became immediately apparently that I have been using the rail to hold us up. Makes sense, because the majority of my rides in February were in the indoor ring at the old barn, which is somewhat small to start with, so we tended to hug the rail the whole ride. Laura and Julie both noticed right away that we were using the rail as a crutch. I am no longer allowed to ride on the rail, and I am sad about it.

Don’t get me wrong, all good basic riding is “dressage”. That is not what  I mean. I just initially learned to do things in a very dressage type style, and that is just not how you ride a hunter. When I rode dressage competitively, I used to be communicating with my horse every single step. I remember my coach telling me that you ride every step in a dressage test, there is no going on autopilot, no zoning out. I want my hunter to do a bit more for himself. I do not want to be telling him that he his has to engage his hind end and stay light in the forehand while maintaining a constant tempo every single step. He has to learn to do that for himself! 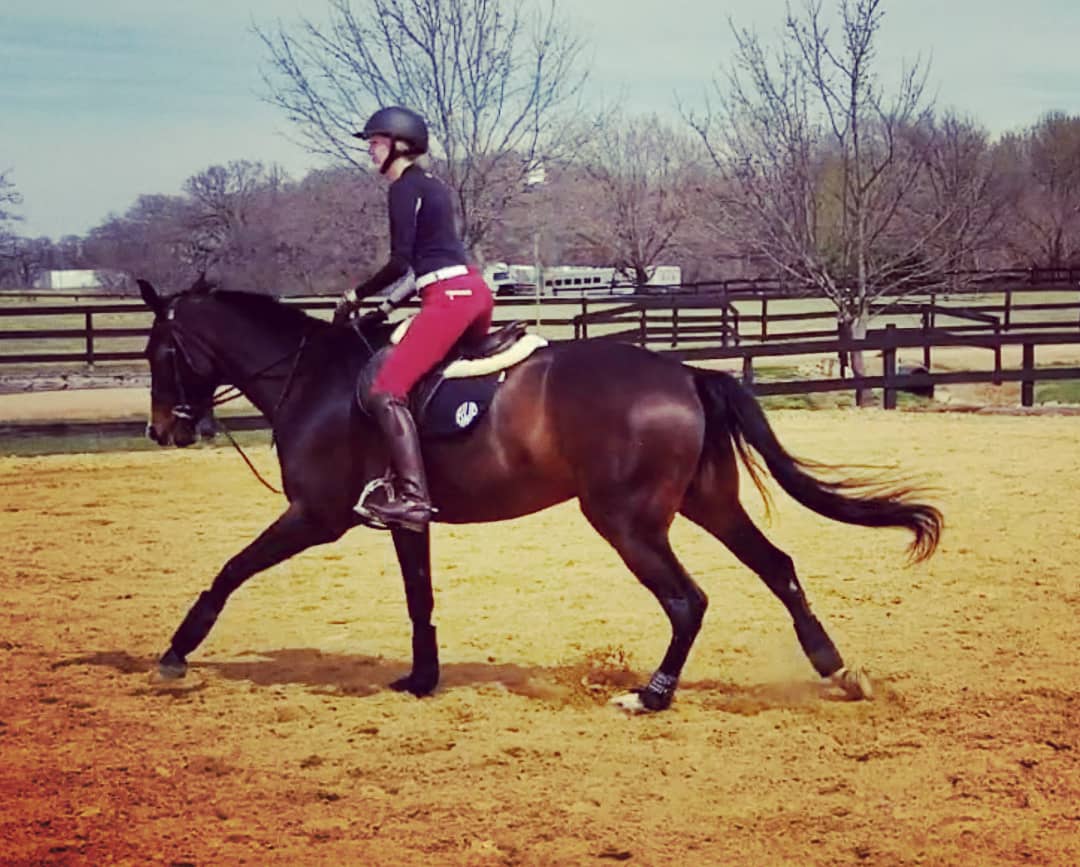 Julie immediately zoned in on my desire to make everything perfect by constantly micro-managing. She insisted I correct when necessary, and then allow him to make mistakes. Is this the first time I’ve heard that? Oh HELL no!!!  But man, I sure am a slow learner sometimes. After all, if I am always telling Rio what to do, he will never learn to think for himself. I realize this, but man, it is HARD.

In summary, our lessons have been good, and definitely getting better as I realize what the standard is, and what is expected. Unfortunately, I will be out of town starting today until the 28th. I’m not too sad though, because Rio will be getting training rides while I am gone, and I’ll be in Morocco and Spain with my hubby and some of our best friends. Hasta luego!!!!