So I didn’t think I was going to do this blog hop (simply because I don’t think my non-horse life is that interesting), but I have SO enjoyed reading everyone else’s, and I really feel like it has helped me get to know my fellow bloggers, so now I am going to do it. It is also 11 pm and I am back at work after already working a full shift today, because my co-worker is sick and had to go home. So… I’ve got some time on my hands at the moment! I believe this was started by May As Well Event, but I have read many others as well, including Liz at In Omnia Paratus, and Michelle at Fat Buckskin Little Suit just to name a few.

3. I’ve been a vegetarian for about 9-10 years. Mid way into college a friend lent me a book and told me to read it (thanks Claire!) called “Skinny Bitch”. I had no idea it was about being vegan. I went cold turkey (pun intended) vegan for 8 months before giving up and just being vegetarian, aka I added some dairy and eggs back into my diet. Vegan really didn’t work for me, but I have happily been vegetarian ever since. And no, I do not miss meat. I actually have nightmares that I forget I’m vegetarian, and half way through eating meat, I remember and freak out. Weird AF, I know.

4. Being a pilot runs in my family, unless you are me. Both my older sister and my dad are pilots for major airlines (Delta and American). I, on the other hand, hate flying. I get motion sick super easily. My dad tried to pick me up in his plane when I was in college to go to a family member’s wedding that was a 5 hr drive away. About 15 minutes into the “flight” I said we needed to go back, that I wasn’t going to make it. 30 seconds later I was making ample use of my emesis bag! I drove to the wedding- happily.

5. Speaking of planes- when I was in high school I was in Pony Club. We had dressage rally about 2-2.5 hours away one weekend. It was going to be my first time showing 2nd level, and I left my saddle at home. No joke. Someone tried to lend my theirs, but my schooling ride the night before was a disaster. I was TOO NERVOUS to ride in an unfamiliar saddle. My dad flew my saddle to the local airport for me, because he’s the best dad ever.

6. I had brain surgery when I was 12. It was scary, but I think things like that are much easier when you are young. I still have a scar, but you can’t see it unless you’re a hairdresser who is is reallyyyyyy paying attention. I saw my brain surgeon 14 years later, we were in the same elevator at the same hospital I was operated on at. I was there doing clinical rotations for ultrasound school. It was very surreal for me. I would have talked to him I think, but he was deep in convo with another Dr the whole time.

7. I really like to read, mostly fantasy type books, but a lot fo other random stuff too. I have read several “series” in the past 5-8 ish years that REFUSE to wrap up, and it may be the the death of me. Patrick Rothfuss and GRRM I am looking at you. Seriously. I may have a deep burning rage for those 2. 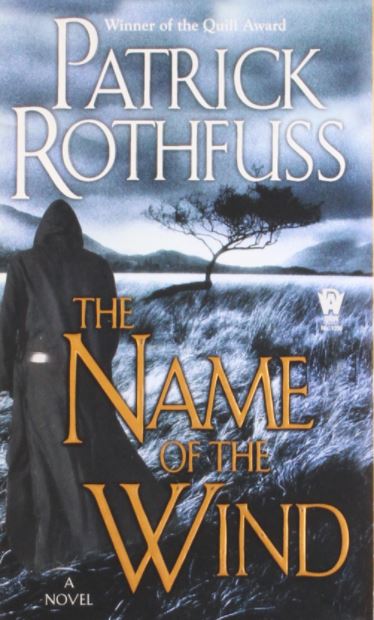 8. I mentioned I do ultrasound on people. I also had some training in small animal sonography, and worked at a vet specializing in cancer treatment for awhile. I published an veterinary ultrasound overview article in a human ultrasound journal in 2014. If you are super curious, you can read it here.

9. I don’t have many phobias. I think claustrophobia is basically it, and it’s not awful, just the idea of it freaks me out. I could never go cave diving (I think it’s called splunking?) or into one of the great pyramids (I hear you have to crouch the whole way in, NO WAY).

10. I liked school. If I could study whatever suited my fancy for the rest of my life and not have to worry about money, I would be a professional college student.

11. I took 4 semesters of Swahili in college. At the time I thought I was going to med school and that I’d do Doctors Without Boarders someday. Plus, Spanish had a rep for being super tough at my school. Unfortunately, I don’t remember much of it, even though I could basically read children’s stories and hold entire conversations in Swahili but the end.

12. I like to name my cars. When I turned 16 my dad bought a friend’s old Chevy Silverado for me. It was burgundy, with a champagne stripe. His name was Harvey. After that I got a Nissan Altima named Stella, and my current care is a little Mazda named Zara.

13. V for Vendetta and Atonement are 2 od my favorite movies.

14. I have a horse print that some of my friends went in on for my birthday in my mid 20’s. They said it embodies me in horse form, and that it is my spirit animal. I do not disagree. I friggin love this picture. 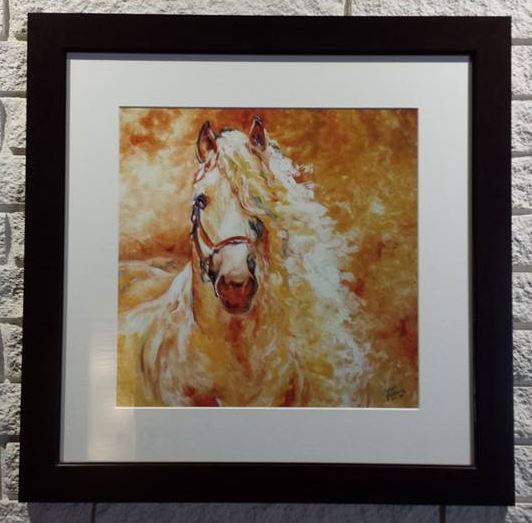 15. I used to have a beard dragon named Persi, short for Persephone.

16. I do not think I have many quirks. I like to be on time to things (on time is 10 minutes early). Late people used to really drive me bonkers, but I’ve relaxed some about it. People walking slowly in front of me is pretty annoying. I typically forgive pretty easily, I don’t hold grudges long because it’s too much work. I’m not easily offended.

17. Ah I thought of something. I HATE HATE HATE losing/misplacing things. HATE IT. I get really worked up and usually lose my temper on my dear hubby-  because I assume it’s his fault. It makes me feel completely unorganized/chaotic. I rarely lose things, and I am getting better about controlling my frustration when it does happen.

19. I am not religious, but I do not care if you are. It is a non-issue for me. I was raised Catholic. I strongly dislike when people try to force their religious views on other people’s lives. I’m looking at you Republican party.

20. I do not have any tattoos or piercings besides traditional single ear piercings. I have no desire to get more piercings or a tattoo. I’ve never had something important enough to me to want it on my body forever. I like when other people have creative and meaningful tattoos though. I once dated a guy that had an ocean mural on one of his legs which was gorgeous, and then he had monkeys across his back throwing shit at each other. I kid you not. Things didn’t go far with said guy.

21. I basically had to force my hubby to date me. Like, I REALLY had to try. Probably wouldn’t have worked if mutual friends hadn’t been rooting for me. He had lots of misconceptions about who I was as a person. I got my way in the end though!

22. I hate cooking. I literally do not do it. Tried Hello Fresh for awhile, and it was fun, but eventually I stopped wanting to make the food and cancelled it. The hubs and I do not buy meat (he does eat it at restaurants though) and we basically live off pop tarts, frozen waffles, toast/bagels, mac & cheese, grilled cheese and tomato soup (which he makes), pizza, and the occasional large breakfast (he also makes that). I kid you not, we eat like kids and I don’t hate it at all.

23. Every room in our house has been redone by us, some better then others. We hired some designer friends for our master bath remodel, and it is my DREAM bathroom. Hubby even let me put a chandelier in it, which I have always wanted. This is my favorite room in my house by far. I hope they are still in business when we have money to redo our kitchen.

24. I majored in biology at Baylor University and biology of animal behavior was by far my favorite class. It was incredibly interesting, and I wish that I remembered more of it. I also rode on the equestrian team, which I loved. College was some of the best years of my life, although I’m even happier now. Graduated in 2010, just finished paying student loans this year. Taking on huge student loan debt is definitely not something I recommend now that I know what it is like, and I had it way easier then some.

25. I have always liked writing. I am well aware that I am far from a great writer, but I do this blog for me and I don’t worry about being better. I write what comes natural, and I rarely do a lot of revisions or editing (which I am sure is obvious by my many typos). I find it kind of liberating to not have to make it perfect, like you would have to if you were getting graded.

26. Sometimes I struggle with being honest and real on here, because I find it hard in some situations to be real in a way that won’t hurt people’s feeling or offend someone in real life who reads this blog. I figure that all bloggers struggle with this delicate balance. I sometimes wish I could TRULY write from the heart, unfiltered, but I guess that’s what personal diaries are for.

27. Rose and pinot noir are my favorite types of wine.

28. This post has taken me a ridiculously long time to write because now it’s Tuesday morning (I started Friday night).

29.  I live for coffee. Did I already say that? I can’t even remember. French pressed is the way to go.

30. I foster for a local rescue, and currently have a 16 month old chihuahua pup in need of a home if y’all know anyone looking!