**If you haven’t seen it yet, start by reading horse show recap day 1**

Sunday’s schedule started with the hunter derby, which neither I or Trainer was riding in so I slept in a bit and headed to the show around 10 am. The second I pulled my truck up to our stalls to unload Rio started pawing his stall door. I was in his eye sight, and not immediately giving him attention and he just couldn’t stand it. Of course this had the desired effect, and I went over to him and opened his stall so he could hang his head out, and returned to unloading the truck. I glance in his direction after a bit and saw this:

He’s too adorable to be mad at.

After the derby was the Pre-Green under saddle and o/f class, so I cheered on Trainer and Leffers as they won the flat and got 2nd in their over fences, to win champion overall. Yay Leffers!!! He has only been here (in the USA) for a few weeks, and this was his first outing, so we are all super proud of him. (p.s. he is for sale for if anyone is looking for a hunter super star that is incredibly ammy friendly!)

The schedule for the day had the Jr/Am division doing their over fences rounds first and then the hunter under saddle and Eq under saddle classes at the end, so I tacked out for my o/f rounds around 1:30. It was pretty toasty out, and I knew Rio would be tired so we didn’t do too much of a warm-up. Once I got him in front of my leg, we had some nice warm-up fences and I was feeling confident and excited to get into the ring again. 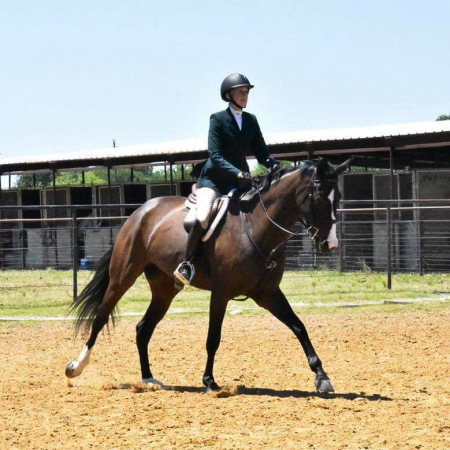 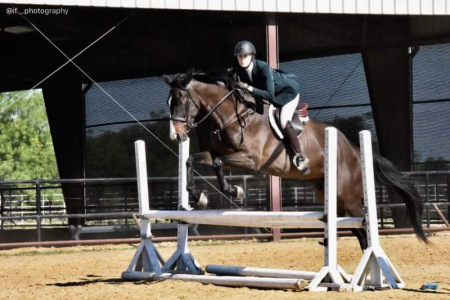 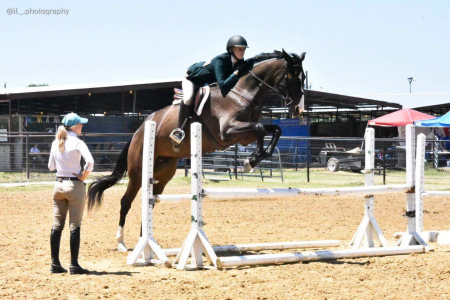 Rio was a bit more looky then I was expecting when we went into the ring, and I didn’t get him going super well at first so our first few jumps were a bit sticky, but it got better as we went around. I realized that the lines rode MUCH better today, and I was able to keep a better pace and still jump through the lines comfortably. 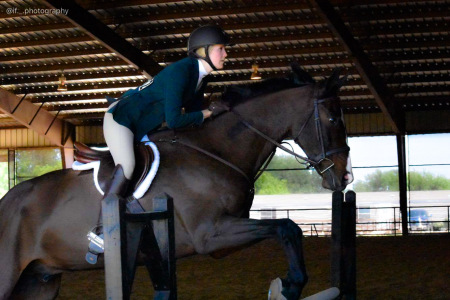 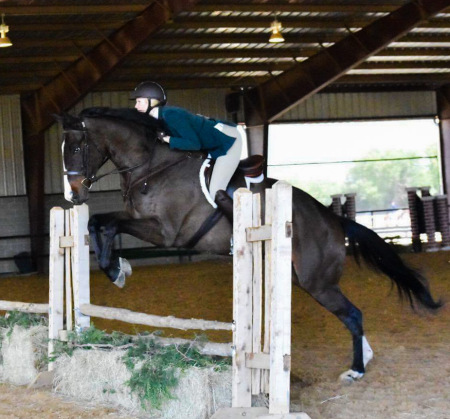 Our next round (hunter o/f) went so well!! Definitely our best trip to date. A hair close to a few but overall it felt like our smoothest round and I was grinning ear to ear at the end. The lead changes felt so easy, our canter felt rhythmic, and Rio felt adjustable and willing to listen to my small corrections.

RioValhallaOF2 from Kelly on Vimeo.

The judge must have thought it went pretty well too because we were rewarded with a 2nd place!!!

A solid 2 hrs later the 2’6 o/f rounds finally wrapped up and we were ready to flat. I trotted Rio for all of about a lap in the warm-up before heading into the ring. I was tired and hot, and I’m sure Rio was too, but he still felt really good and responsive. Our flat round went well, considering there were 10ish horses all navigating around jumps. Unfortunately, Rio is a BIG boy and we struggled with consistency in our gates while maneuvering around jumps and juniors on smaller horses. I felt like there were some really nice moments, and then some inconsistencies when I would try to adjust his stride or swerve around objects. I am pleased with how well he handled it, and felt that the 5th place ribbon we got leaves us room for improvement in future under saddles as Rio becomes more experience and we have a better handle on controls of our gaits.

Those entered in the Eq u/s were asked to stay in the ring and we immediately flatted again. Let me be clear, my heart was not in it. I usually love a good Eq flat class, but I was freaking hot and tired and all I could think of was “I’m too old for this shit” LOL. When I nearly ran up the butt of a cute black pony Rio broke gate, then in a flustered mess I cued for the canter without setting him up and blew the lead. The class kind of went down hill from there, but I am considering it a “throw out” class. Whoever thought saving both flat classes for the end of the show (not to mention the hottest part of the day) is a sadist in my book! 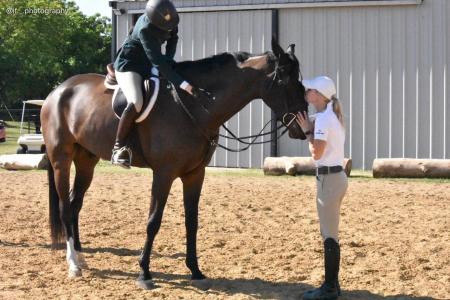 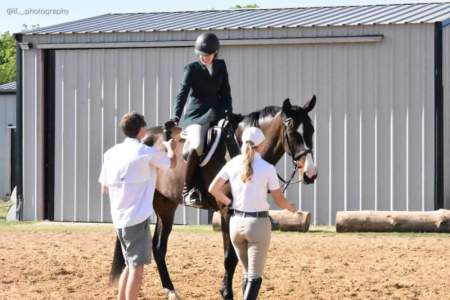 In summary, Rio was a freaking ROCKSTAR all weekend and I could not be happier. I felt like he far exceeded my expectations for the weekend.  Last July when I bought Rio he was a green, gangly 5 year old. I couldn’t even get the right lead when I tried him, and bought him without ever jumping him. In 10 short months, 4.5 ish which he was un-rideable due to vet issues, I now have a lovely hunter that can hold his own in the show ring and is improving by the day. We are entering our first A show at the end of June, and I could not be more excited to show off my amazing boy! 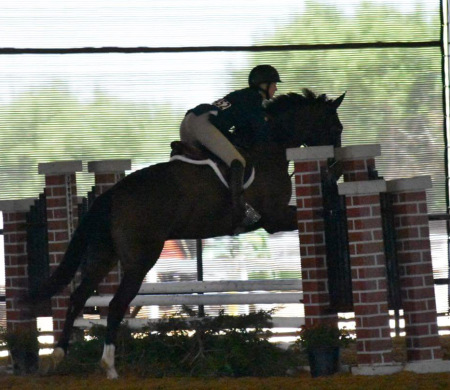 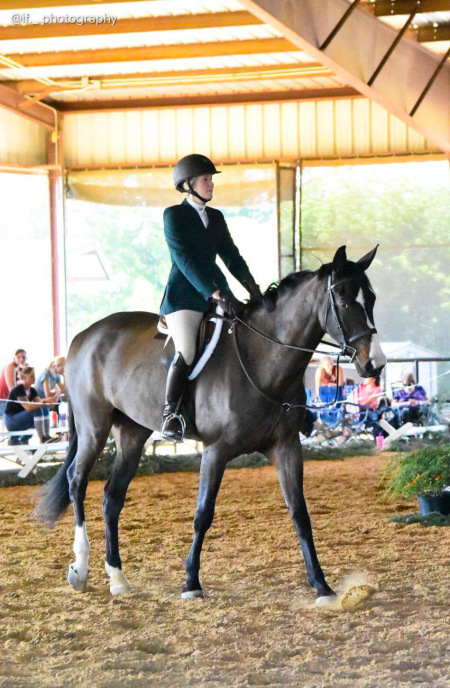 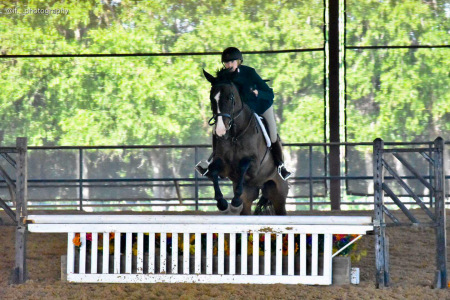 A huge THANK YOU to Trainer for making all of this possible for us. She works incredibly hard, and makes me so excited for the future.

Last but not least- ALL under saddle pictures are credited to @if._.photography. Go follow her on instagram. She is a junior rider who also has an amazing eye for photography. I would have ZERO quality pics from the show if it wasn’t for her. I cropped a few of the pics to make then “blog friendly” but every pic on this post where a rider is sitting on a horse is credited to her, and I am so incredibly thankful for her gorgeous work, and struggling throgh getting photos in a covered ring. THANK YOU!!!!!