When I wrote the post about Rio’s parentage (Hanoverian breeding), I also reached out to his breeder at Bona B Ranch. I wanted to hear a bit more about Rio if possible, and I asked if they had any baby pictures of him. I was not disappointed! 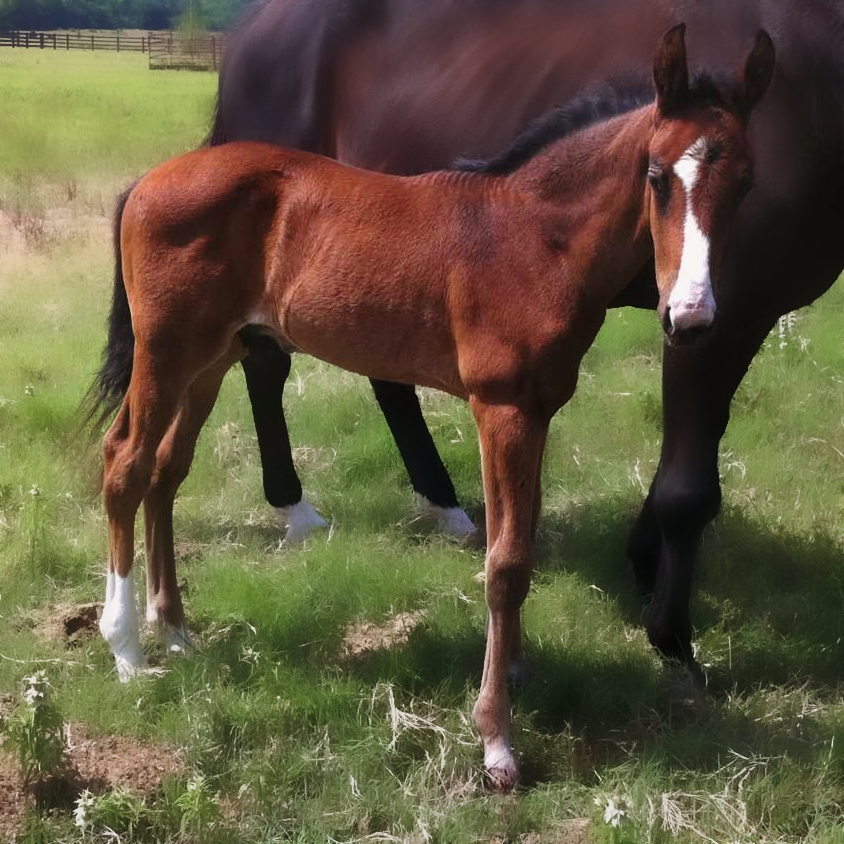 LOOK AT THIS LITTLE FACEY! I feel like my life is now complete. 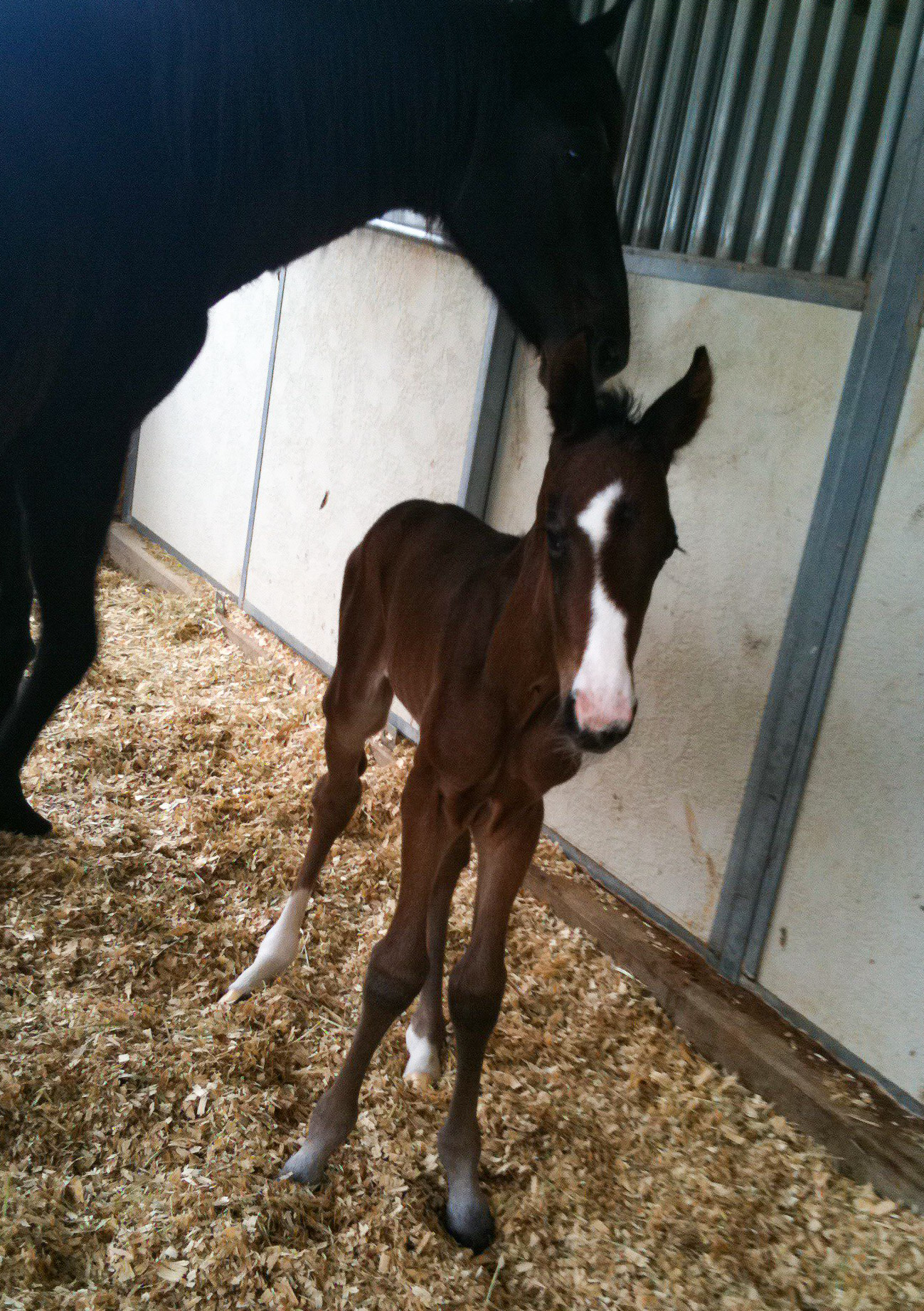 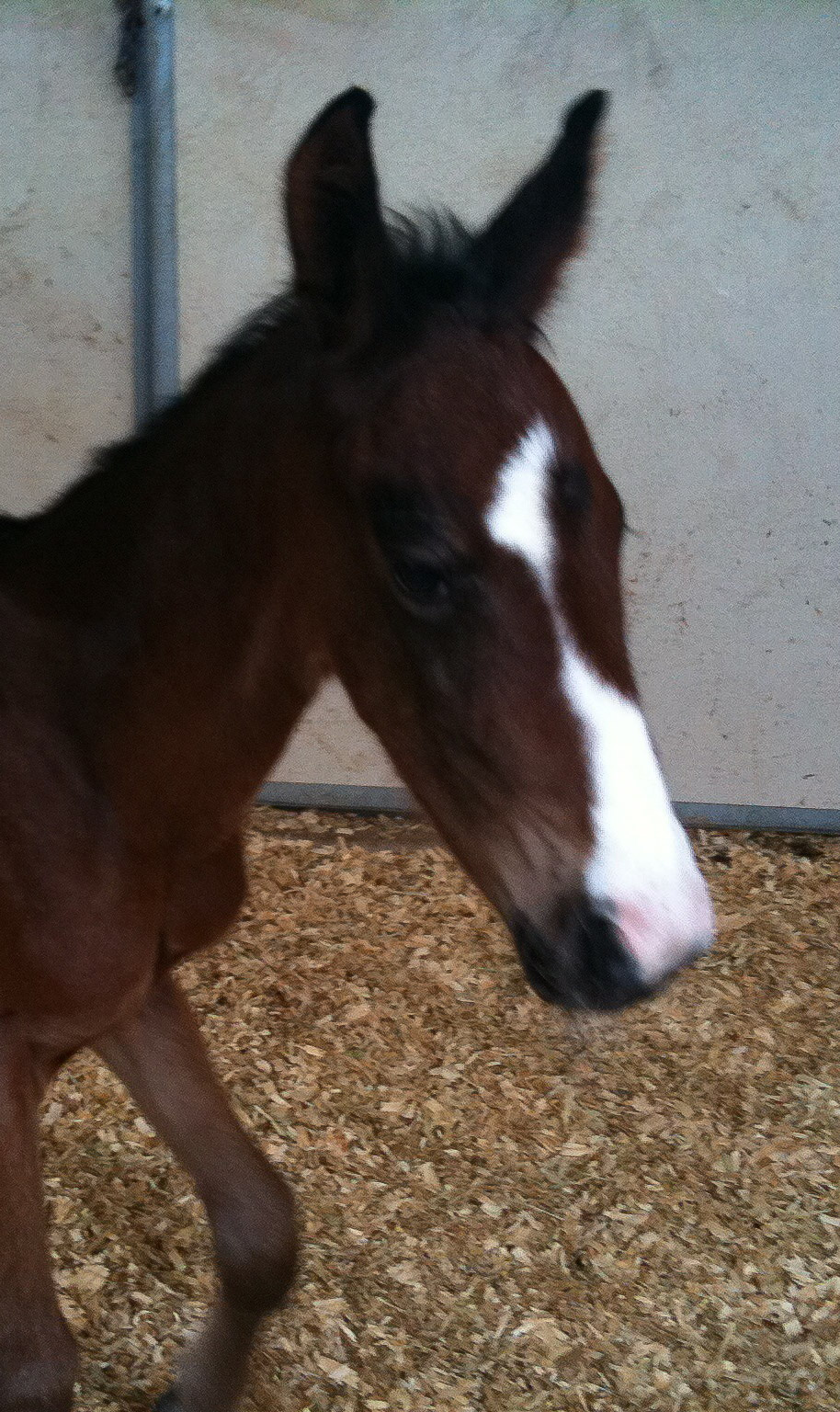 Apparently he came out of the womb with those totally giant and adorable ears. His breeder said he has always had a very in your pocket personality. His dam (Assanna) was an imported elite Hanoverian mare, who unfortunately died not long after Rio was weaned.

I also found out that Rio has an older full brother! He also lives in Texas, and was bought directly from the breeder. His owner adores him just as much as I adore Rio. He is also huge (17.2), with big ears, and a very kind eye. I don’t want to post the picture because I didn’t ask her if it was ok to share it- but trust, he is very handsome and very obviously related to Rio! 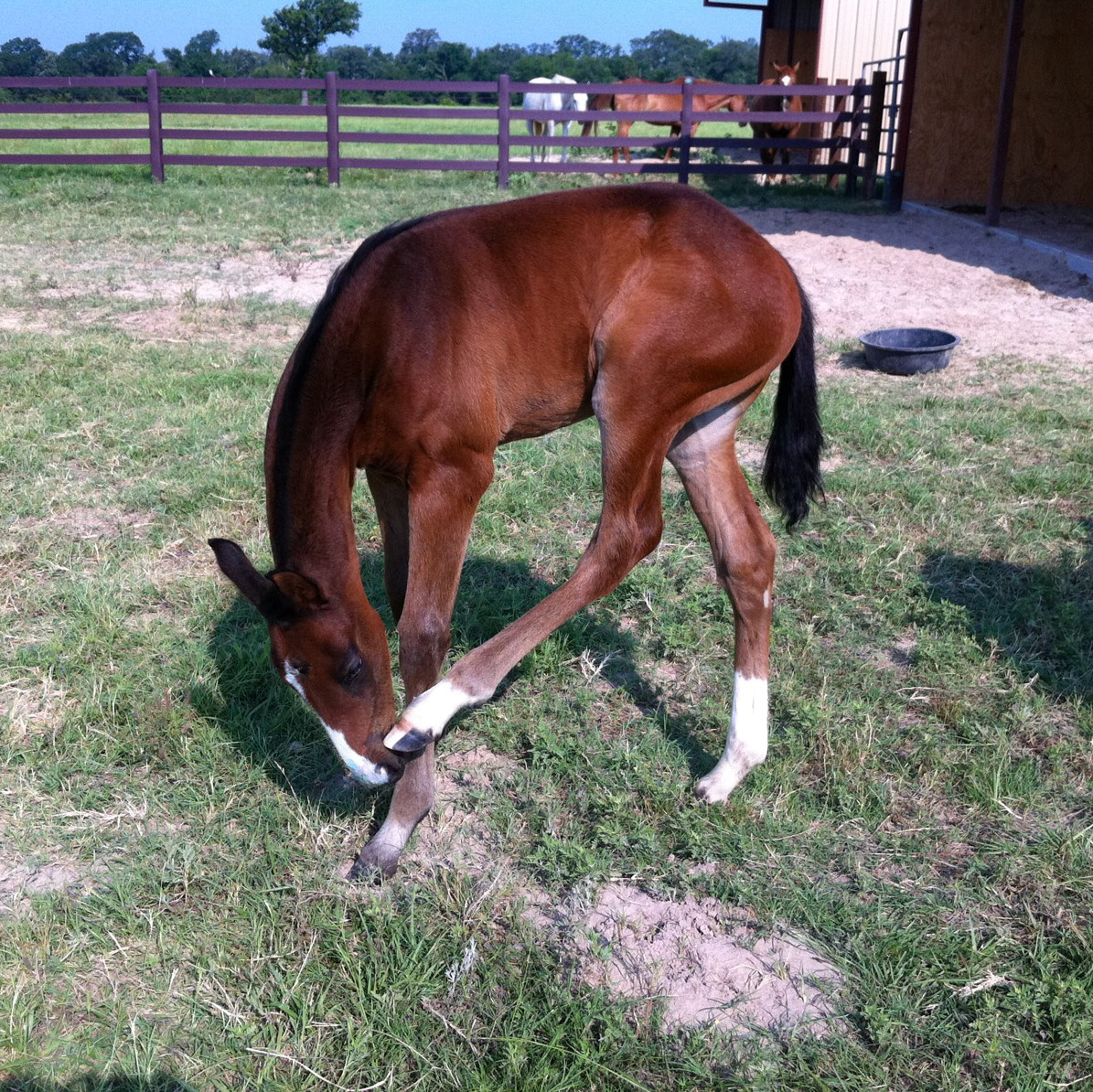 We discussed their personalities, and they could be actual twins. Both love to play in water troughs, have a streak for escaping, don’t have a mean bone in their body but can throw the occasional playful buck, and have never met another horse they didn’t like. I had so much fun hearing all about him!

His breeder might even come see us show in the future! She said she’d love to see Rio again, and is thrilled to hear how well he is doing. Learning more about his breeding, and then getting to talk to his actual breeder and the owner of his full brother has been amazing. I have loved every tiny detail they have shared with me, and feel so lucky to basically know Rio’s entire history now! Anyone else in contact with their horse’s breeder? Have baby pictures?