I’m overdue for a check-in! Summer has felt much slower-paced this year. Between COVID and Rio rehabbing, it somehow feels more like a summer from my childhood. My busy schedule went poof, and I spend a lot of time at my parents’ house (where I grew-up) just chilling with the horses. I’ve been leaving my saddle at my old barn (where I still lesson) so I didn’t have it the other day while at my parents visiting Rio. It was actually quite pleasant out last week, and since Rio’s cellulitis is completely resolved I felt like going for a ride.

He was totally chill on our ride, and only got excited by a pasture of cows, which sent him into llama mode. When and 18hh+ horse decides to lift it’s head as high as possible, it is quite a sight. He didn’t spook or do anything naughty, and after a little encouragement he went right up to the fence and seemed ready to make friends with the small moo creatures. 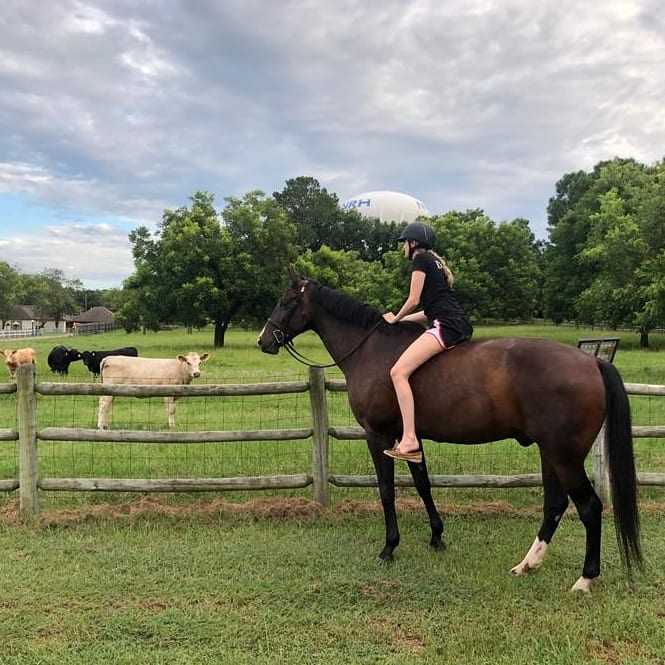 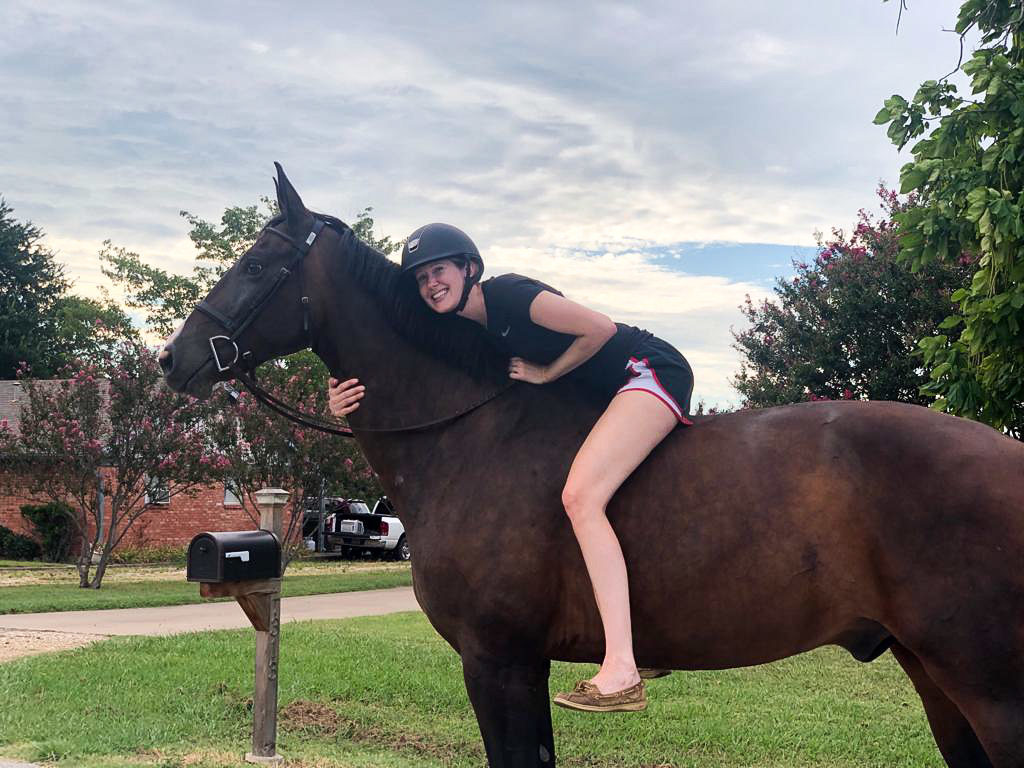 I had SO MUCH FUN just strolling around on my boy. The weather was amazing, and I could have done it for hours. Although I really miss competing and training with him, I think I’m finally settling into our new normal. I spend most of our time together grooming and obsessing over him, and now take the occasional easy ride. This past Sunday my friend Liana came with me and with took Rio and his gf, Nala, for a trail ride. This was Rio’s first real trail ride in over a month, and he was probably more chill then before the break.

When we got home I hosed off Rio first and then turned him loose while Nala got her turn. Being the sociable guy he is, he didn’t go far, and before I knew it he was pushing his way in and LICKING the water off of Nala. Non-stop, for several minutes. This video is just one minute of the multiple minute lick fest. Rio never stop surprising me with his total weirdness and I love it.

Thankfully, he’s doing pretty well in the summer heat, minus 50 million skin ailments. He continuously rubs the hair off his face, parts of his neck, and is rubbing his tail/butt like crazy too. I’ve also been struggling to keep that scabby fungus crap under control on his hind legs. My solution to all this is always just to buy more products. He is up to 5 different topicals on various parts of his body right now- all in attempt to stop the madness. It at least doesn’t seem to be getting worse, but I also seem to not be able to improve much. I might talk to his vet soon to see if we should try any allergy meds. I think his skin just wigs out with the heat/poor sweating though, so I’m not even sure it’s allergy related. We hose the sweat off of him daily, and my mom helps me apply the topicals on the days I can’t make it out there. Fingers crossed he doesn’t get much worse this summer. He’s really just too handsome to have all these bald spots. 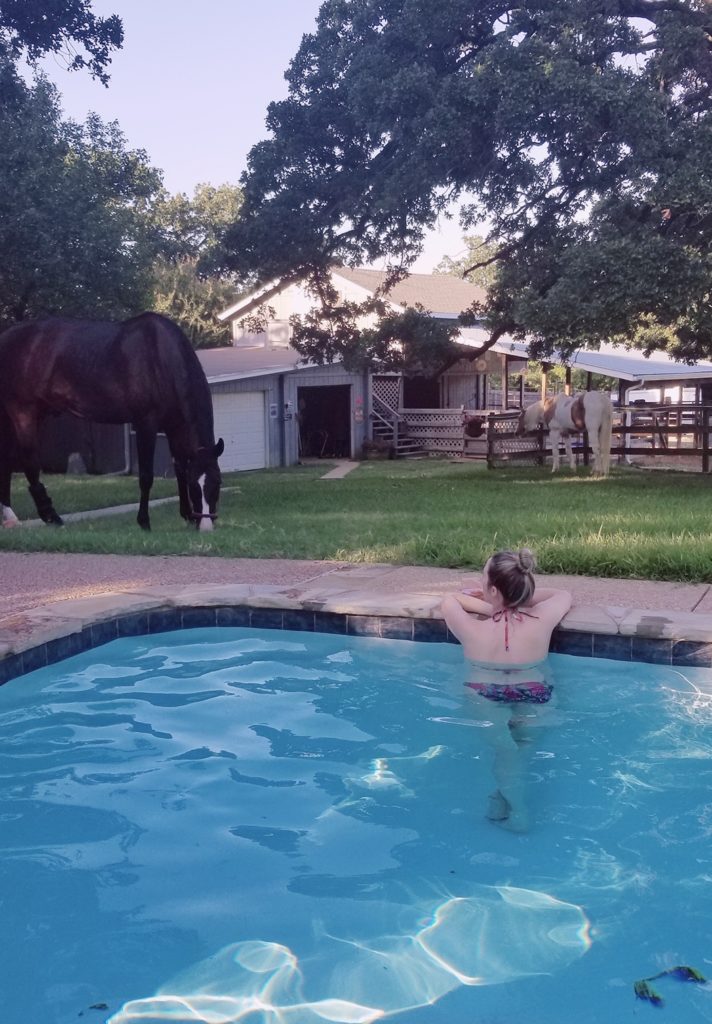 My routine is to usually hose him really well, scrub the affected areas with an aloe betadine shampoo and then let him graze while he dries. This is good opportunity for me to use to pool and enjoy a beverage. Once he’s dried, I apply all the topicals and put him back in the pasture. Neither of us hates this routine (except for my dad who thinks he ruins the yard), and it has become our summer ritual. If all goes well, I am hoping to start trotting him a little bit in September or October, and then we will see how things go from there. Keep your fingers crossed for us!