Adjustability, is that you?!?

Rio and I have had OK lessons since Ft. Worth. Just ok. I was so ready to hit the ground running when we got home, but it took a few lessons to get out of “show mode”. It seemed like I had opened up his stride so much for the show ring ride, that I couldn’t bring it back all the sudden, and I was the tiniest bit frustrated. Just feeling hard on myself is all. 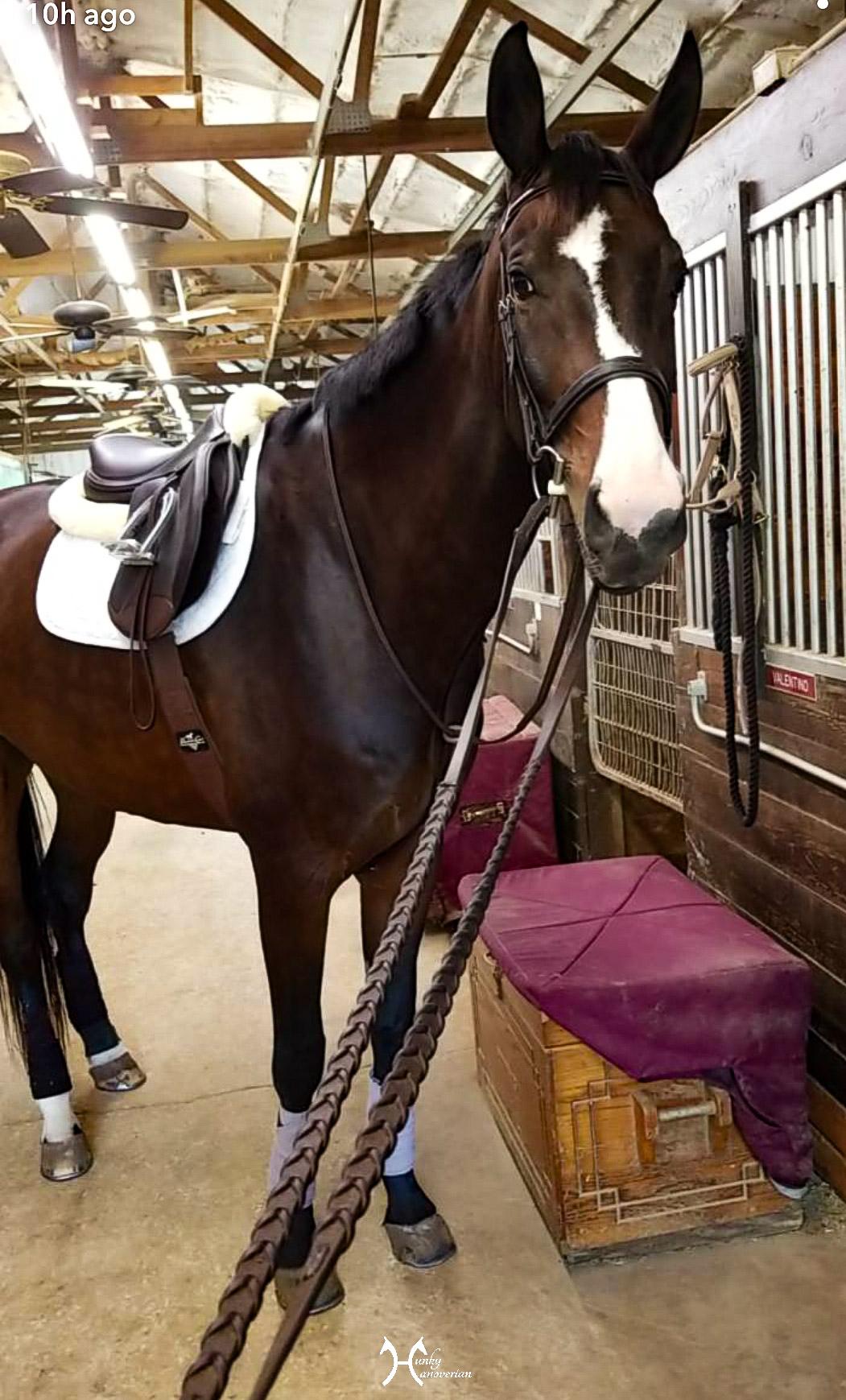 Our Thursday lesson was cancelled this week due to a storm rolling through, so I didn’t have one until Sunday morning. Rio is doing a little better on the sweating front. Not great, but he seems to be handling the heat a bit easier. I took everyone’s advice and I have been filling a water bucket with half a bottle of rubbing alcohol, and throwing some ice packs in as well. I also realized I could use a large hook and hang the water/alcohol bucket on a jump standard so I could reach it while mounted. This has helped a TON, and I have noticed a huge improvement. I feel like we can actually work in our lessons now, and not like he is just struggling to survive the heat.

Something really strange happened during out lesson. We added in a line. Several lines in fact. We did a 7 in a 6 stride, followed up by a 5 in a 4. WHAT?!?!?!

Since when can we add? Last I checked with Rio, we could barely fit in the assigned number of strides, much less ADD A STRIDE.

Trainer Julie was like, “Umm… can you ride better please?” (Jk she was way nicer and more tactful). I had to look at her and go, “You know my brain is kind of confused. It’s not used to adding LEG in a line. Hands yes, leg, no”. Usually we jumped in, and I have to sit up, give a pretty strong half halt to re-balance, and then soften if I want any hope of fitting in the appropriate number of strides. On Sunday we had to jump end, soften the arms and actually add a bit of leg. It was foreign, but also super awesome and really fun once my brain kicked into gear. Julie explained that I can’t keep riding Rio like he doesn’t have a balanced canter, because he has significantly improved, and my riding needs to evolve with his progress. Makes total sense. He’s a grown horse now and I need to ride him like one.

If anything, I am now shutting down his canter a bit too much, and coming out of corners too weak. I need to balance him going into the turn, then let him flow out of the corner and stop “taking” every stride. Thankfully, we have 2 more lessons before Waco to smooth things out a bit more.

Short video of one of our trips (Thanks Liana!)