I also have professional photos from the show as a reward for reading my drivel.

So, now that our first A show is in the books- what is the next step? What take-aways do I have from the show?

Horse shows are SO DIFFERENT from schooling at home. Although I am well aware of this, it has been awhile since I experienced it. The ‘horse show ride’ is really different then the schooling ride, at least right now for Rio and I. At home, we spend a lot of time working on making his canter step smaller, and asking him to rock back and jump off his haunches. MM even sets lines a few feet short on purpose (shes so mean!), encouraging a more compact step. This is necessary for a horse like Rio because his go-to is a really longgggggg stride. But, it was also hard for me to switch gears at the show. I actually had to let him flow really forward, and think less about holding him on a smaller step. Therefore, my riding at the show had to change pretty abruptly to the ‘horse show ride’. 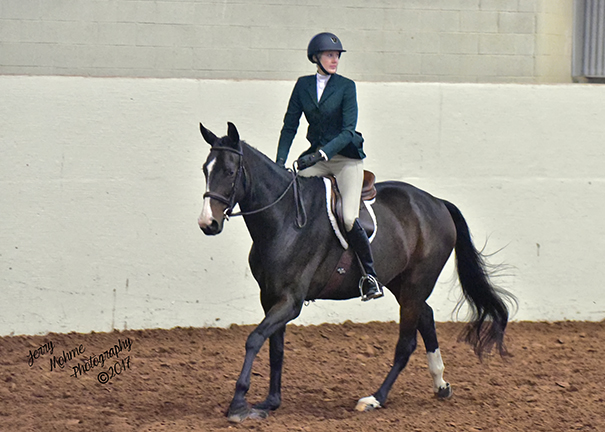 I did notice that at the start of the show, we had no problem with the step in the lines. I even added a stride in my first round! Rio felt really balanced in the lines, and could give a really pretty jump, off of his haunches. By Saturday though, after 3 days of the more forward horse show ride, he didn’t feel nearly as adjustable, and he was EATING up the lines and basically chipping on the out. In summary, that forward, flowing ride may feel good at the show, but only because of what we practice at home. I’m excited to get back to work on improving his canter and continuing to work on adjustability after seeing firsthand what a difference it makes in the show ring.

On a lighter note, aren’t pro photos from shows just the darndest double edge sword sometimes? Sometimes I LOVE my Eq, but it’s an awkward photo of Rio. Or…. I LOVE Rio, but I am doing something really dumb. See exhibit A below: 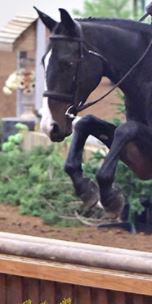 Yup, there is Rio looking as CUTE AS CAN BE. Like, I MUST buy that photo right??? Too bad I look like a total doofus: 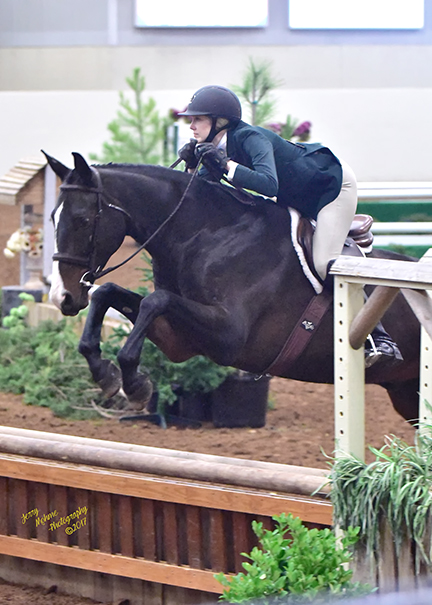 Yup. THOSE HANDS. I want to go back in time and slap myself for that jump and those weird floaty hands. Thankfully, I have a pretty good sense of humor, and I still bought the photo. I openly admit to being far from perfect, and Rio looks too dang cute not to share! Feel free to giggle at my expense though!

And just in case you guys were wondering if Rio was athletic or not, I got this little gem of Rio and MM attacking an oxer. 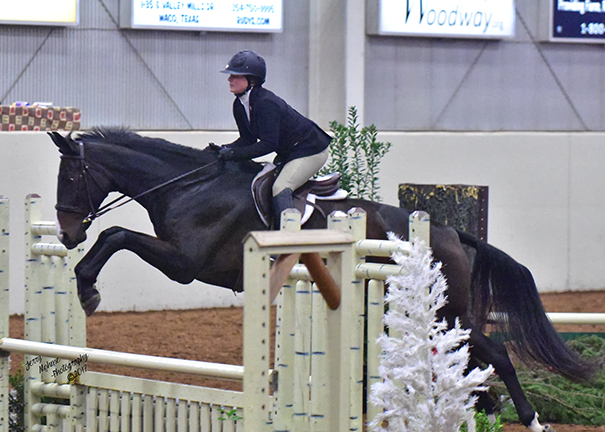 If the hunters doesn’t work out, I’m pretty sure Rio would love the jumper ring as well! His expression is too dang cute! I can imagine him thinking, “Don’t worry! I got this! Hold on!”

So what about you guys? Do you come home from shows with conformation that your homework is on the right track? Love/hate pro photos sometimes? Do you buy even the imperfect ones?