Joanne (HH’s awesome guest blogger and my friend IRL) and I relieved an awesome opportunity this Sunday to shoot with Terri Cage (Terri Cage Photography) and other budding photographers at the scenic Red Hawk Ranch.  Terri was hosting a photography workshop over 3 days and had lined up all sorts of ‘models’ from bridal to equine. Although I have had black background photos taken of Rio in the past, I have never had to opportunity to do an equestrian photo shoot WITH him. I absolutely jumped at the chance to shoot with such a renowned equine photographer as Terri, at no cost to me expect my time (and gas money for hauling!).

I spent basically all of Saturday getting ready for the shoot. I drove over to parents to pick-up the trailer and brought it back to my house. I packed all my clothes, cleaned my show girth and bridle, and loaded everything up in the trailer. My mom had started this wreath for his neck, and I brought it home to add the flowers and finish it up.  In the evening I headed out to the barn to load all of my stuff that was there and braid him. Because Murphy’s Law is real, Rio had the weirdest hives I have ever seen all over his flank area. They weren’t super raised, just a weird pattern. I could SEE them, but I couldn’t actually feel them when I touched him. They didn’t seem to bother him one iota, so that was good at least. He has had mild hives once before that I can remember, about a year ago, and they cleared up with some dex, so I gave him some and hoped and prayed they would clear up by the morning.

Although I didn’t want to braid, I also realize it really makes for better photos at any equestrian photo shoot, especially when your horse’s mane is naturaly crazy and all over the place like Rio’s. I haven’t braided since December, so I was a little rusty, and Rio became super freaking impatient about half way through, and insisted on flinging his head every which way every few seconds. I am not going to lie, I kind of wanted to murder him. I was already super stressed about getting ready for the shoot and leaving at the ass crack of dawn, and for easy braiding, his behavior did not make. It took me TWO HOURS to braid him. Even though I got the barn at 6:30, between giving him the dex, loading up my stuff, and braiding a super impatient horse, I didn’t head home until 9 pm. Not my best braiding job, but passable-ish. Y’all can decide LOL. 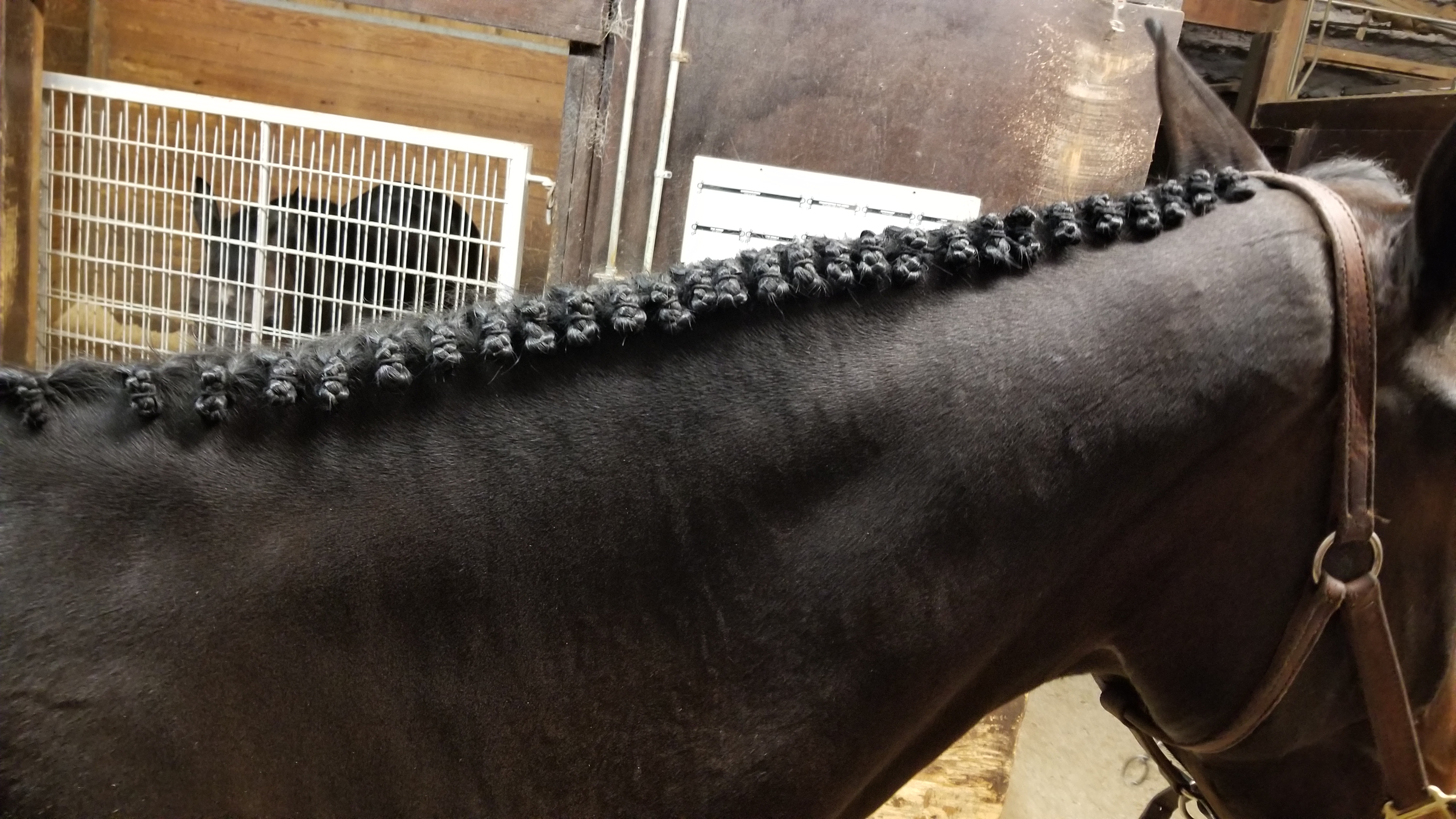 Terri wanted to start shooting with the sunrise, which meant a 3:00 am wake-up call for me. I realize it makes for better light, but MY GOD was it early. The things we do for awesome photos. I got a total of 4 hrs sleep on Saturday night. The nice part about early mornings though is no traffic, so I got to the barn in good time considering I was pulling a trailer. Rio doesn’t love loading in my trailer, much less loading in the dark into a trailer where the lights aren’t functioning so I had little flash lights laying on the floor of the trailer casting weird shadows. He eventually did decide it was worth getting on to get to the overflowing hay net though, thank the baby Jesus.

On the way to the ranch I stopped in Aubrey (about halfway between my barn and where the photo shoot was taking place) to pick up Joanne and her mare, Greta. Unfortunately, I have a slant load trailer, that is not warmblood size. Rio does not fit in the front compartment. When I trailer him solo I just secure back the divider and let him use the whole thing. To get Greta on though, we had to unload Rio, and then put him back on in the back compartment. Greta loaded like a dream, and then we went to put Rio back on and he was not enthused. Again. If you are sensing a theme, you would be correct. It have come to my attention that I need to work on this with him. But anyway, moving on. We eventually got him back on (took maybe 20 mins?) and then we were on our way.

Thankfully I had built in some padding in our timeline, and we arrived at the ranch 20 minutes before we were supposed to be ready to shoot. Cutting it a bit close for my comfort, but we were still one of the first one there so I didn’t worry too much.