If you are at all interested in the H/J world and haven’t been hiding under a rock- you probably have heard at least a little bit about the Glefke/Farmer USEF suspension & fine for a GABA infraction for the horse Unexpected. There are many COTH articles detailing the issues (here, here, and Glefke’s statement here).

The short and dirty version:

January 11th 2017 a press release was published detailing the ruling. It all started with Unexpected testing positive for GABA at the Kentucky Summer Horse Show in a pre-green hunter 3’3″ class on July 28, 2016. Farmer as the owner/rider, and Glefke the trainer. The USEF slapped Glefke with a $24,000 fine and an 24 month suspension and Farmer initially received a 12 month suspension and a $12,000 fine as a “person responsible” and thus sharing the responsibility according to General rule 404.

Skip ahead to the next day- Glefke/Farmer said “NO WAY!” and denied ever even knowing about the charges or the uncontested November 29th hearing. SHOCK AND AWE. You can read their statement here.

After what I can imagine were many boo-hoos (kidding…) USEF granted G&F a rehearing.

An then, Oh Shit, not only did the USEF uphold the doping suspensions, they actually increased Farmer’s suspension to 18 months, and her fine to $18,000 (Ouch! Me thinks the committee was none too impressed with her testimony/defense).

Then Glefke came out with a public statement claiming it was a “witch hunt” and that the USEF was out to get him. 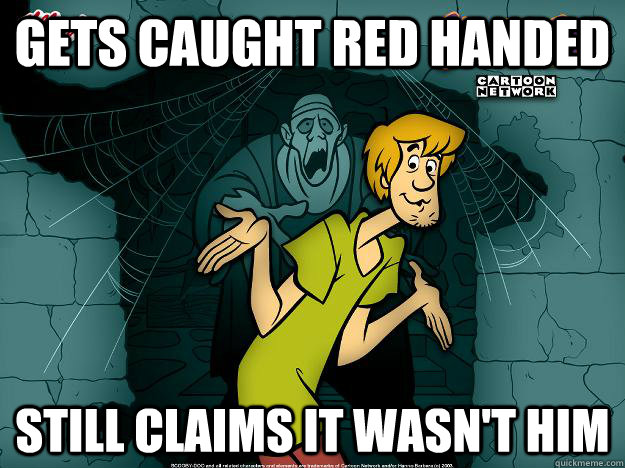 Ok, that’s the gist out it.

Snarky comments aside, I do agree that there are 2 sides to every story. There is certainly a LOT to this one. The entire transcript from the hearing is public. Part of why the penalties were so harsh was due to both defendants prior infractions, including with reserpine (a long term tranq) and Gelfke’s more recent ace infraction. Glefke’s reply, IMO, was disheartening. It seems to me that he is trying to paint the USEF as villains and the lab as incompetent (even though their were two expert witnesses from UC Davis and Cornell that both agreed, separately, that there was nothing amiss in the labs including the testing and handling of the specimens). Ummm HELLO! It’s not like you have a crystal clean record Mr. Glefke. It’s not like this is your first positive test. The worst part in my eyes? He never even denies doping the horse. Not once.

There has been a lot of concerned twittering on the COTH forums wondering if they would be held as a ‘person responsible’ if their trainer was doping their horse behind their back (as the owner/rider). I can’t really sympathize with this concern. If you have any inkling your trainer would do that- move barns now. Shouldn’t you trust your trainer implicitly to care for such precious cargo? What say you?

Also, G/F, guilty in your eyes? Or could their be some other explanation?

What’s in your trunk?

Finding the Right Barn For Your Goals