When we moved to the new facility (FMF), the turnout situation had to change a bit. Previously, Rio had been in a large paddock with two other geldings, Leffers and Cascai. The horses were transitioned into individual turnouts at new place. Rio still had tons of fun playing over the fence with other horses, but still separated. You would think this would cut down on playing injuries, but if anything I think Rio’s amount of nicks and scratches increased. Go figure right? 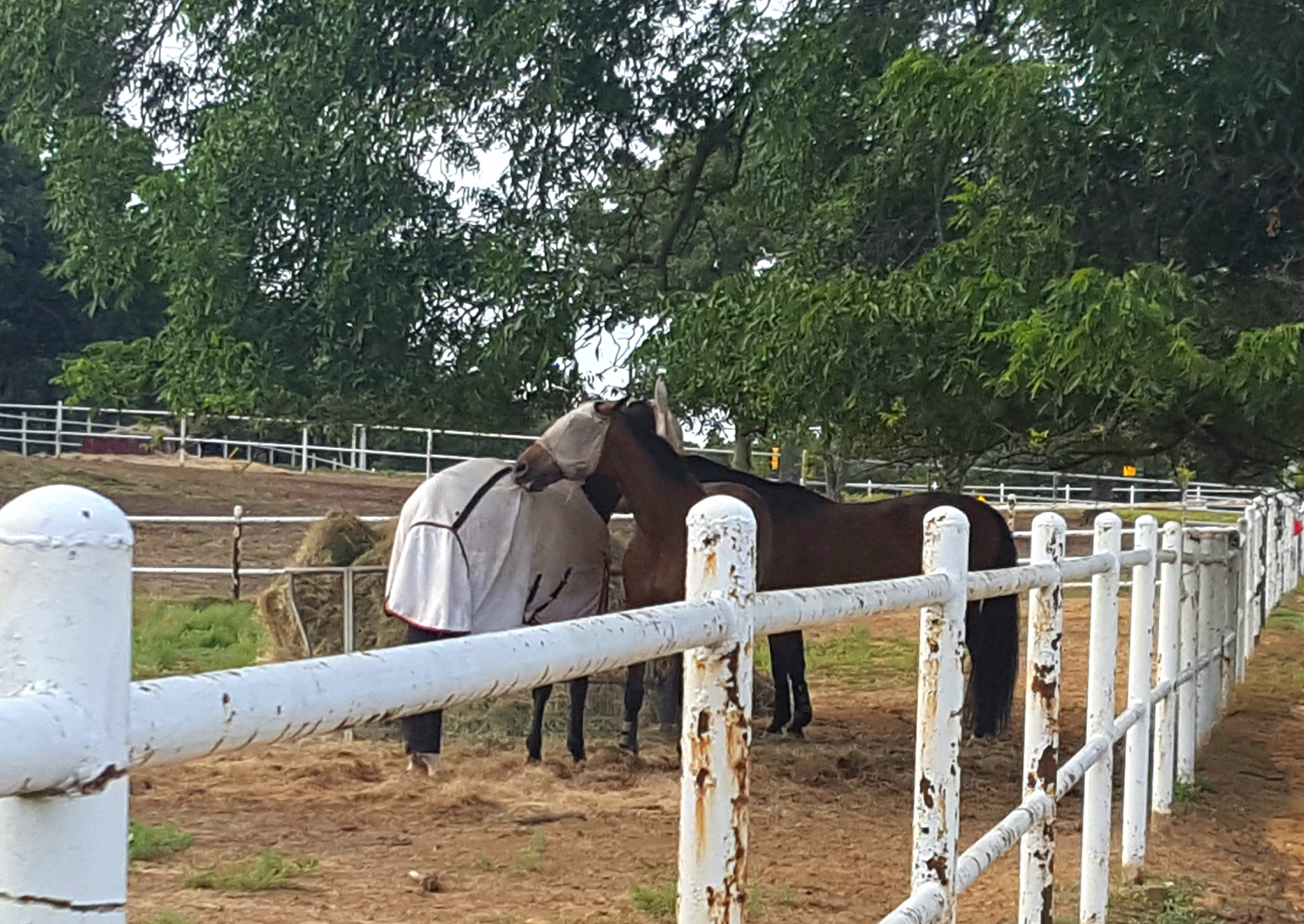 The turnouts got rearranged recently, and Rio got moved to a paddock a bit further away, but bigger. The best part is, he gets to be with his buddies Leffers and Cascai again. He is SOOO happy. They definitely have a group love situation going on. Maybe they are a Throuple? I came out for my lesson this morning and all 3 of them were huddled together grooming each other non-stop. Trainer said that yesterday Leffers came in with his back covered in dried saliva, courtesy of Rio I’m sure.

I recommend watching the video with your sound on so you can get my commentary.

I had a jump lesson today where we actually did a good bit of jumping! Unfortunately, I don’t have any media, but I will try to get some during Sunday’s lesson. Rio was really good! I definitely don’t expect him to be back to where he was pre-injury yet, but I can tell it will come back soon, we are just dusting off the cobwebs still. He wants to get a bit flat and rushy at times, but we ended on a great note with a lovely effort over an oxer. I am very happy with how he is doing, and very excited to keep improving. I’ve been eyeing the fall show schedule, and I really hope to make his A show debut at the beginning of September. Fingers crossed!