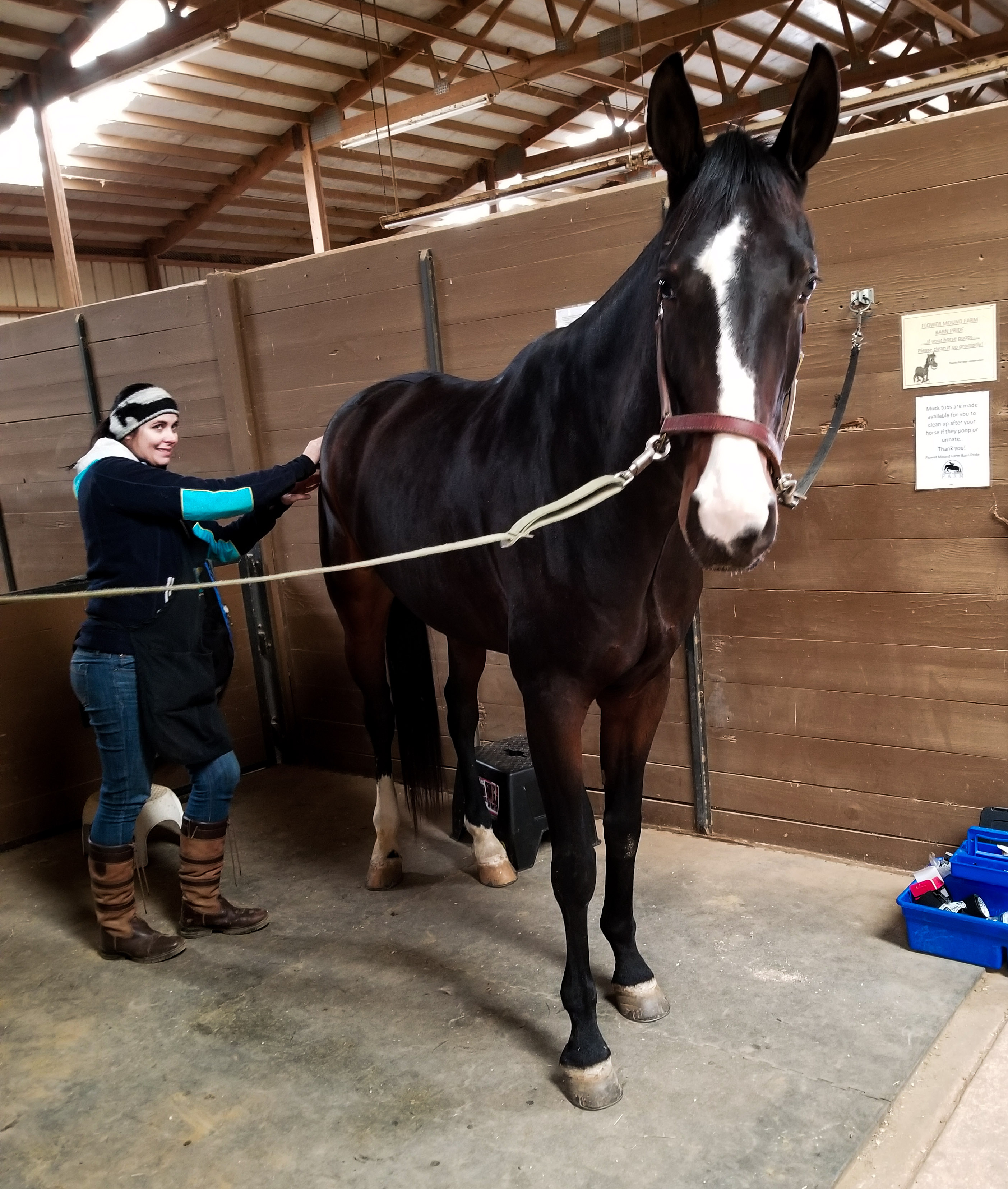 Christy did say he still has a little bit of heat in his back under the saddle area. I am really hoping my Voltaire gets here soon, and that it improves the issue. She also taught me how to get him him to stretch his back (along his spine and under his belly) and I am going to try to start incorporating carrot stretches after rides. He’s pretty dang flexible and happy right now, and we want to keep him that way!

I haven’t been doing any jumping lately, and I haven’t had a lesson in a few weeks. It’s possible the decreased work load has his helped too. I’ve been doing more lateral work to try and increase his ab and back strength as well. More legs yields, more haunches in and shoulder in. He does turns on the haunches pretty well from tracking right to left, and half passes decently to the right, but the left is another story. I have been focusing more on strengthening that side, and insisting on a few good steps of turn on the haunches from left to right, and half pass to the left. He does not love it, but I do think it is helping overall. I haven’t really forced the issue up until now, but I finally decided that the one sidedness needs to be addressed and is only going to get worse if I only go the easy direction. Obvious I know, but I can’t help that I don’t like to force the hard stuff. Sue me.

Christy also has me on the kinesiology tape train. I will be honest, I doubt the effectiveness of it. A lot. There is basically no scientific research that proves that it does anything. But, Christy is a big believer in it, and travels all over the US working on horses. If she has seen it make a difference, then I am willing to give it a try. I also wasn’t originally sold on equine bodywork, and now I’m a convert. Rock tape is $18 on Amazon prime, so it’s not like it’s a huge investment, especially compared to everything else I spend money on for Rio LOL. She recommends taping for every ride (it stays on 3-4 days). She only wants me t0 tape in the poll area bilaterally (about a 4 inch long strip) and along the lumbar area bilaterally (about 10-12 inches). So it’s not a lot, and it’s nothing fancy. 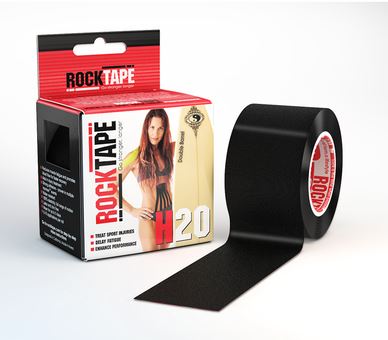 We also discussed Rio’s right hind (spider bite/splint bone fracture leg). It is basically permanently puffy in the pastern ever since all that happened. It goes down with turnout and work (I polo wrap it to ride), but it always comes back. And sometimes it gets kind of hard. It is not severe swelling by any means, so I really don’t worried about it too much, but Christy doesn’t want it to become an issue long term and inhibit his movement if scarring develops in the fascia layer. She showed me how to tape that area as well, which in theory will help bring down the swelling. This is the big test for me, because it is something I can SEE. I should be able to tell if it actually improves or not. Let the test begin!

And here is a cute little video of Rio enjoying his session! Not pictured is Christy doing her equine bodywork magic on him off camera.

So what do you guys think of kinesiology tape? Have you ever tried it? Did you think it made a difference?  What all did you tape?