Hey guys! Sorry I have been somewhat MIA, I have been super busy as well as super sick. Thankfully I think I am finally on the upswing of a nasty gross cold that stuck around way longer then it was welcome. Tis the season for never ending colds I suppose! I don’t have any new riding media so enjoy more show photos, courtesy of Liana! 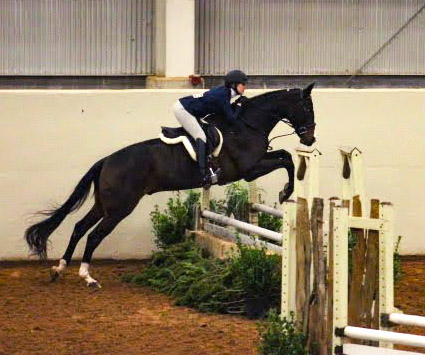 Saturday I had a lesson with one of our assistant trainers that I don’t usually get scheduled with. I was excited because I always love another pair of eyes, and to hear additional input on what we could improve. Rio was in the cross ties when I got there and he was WET. Like head to toe wet. Apparently he has so much fun in turnout that he needed a head to toe rinse when he got inside. It wasn’t cold in the barn, but when I led him out to the ring I knew we were in trouble. There was  chillyyyyyyyy breeze blowing threw every couple of minutes, and Rio was showing his spicy side prancing and head tossing from the get go. I felt like I was riding a stick of dynamite getting ready to explode. 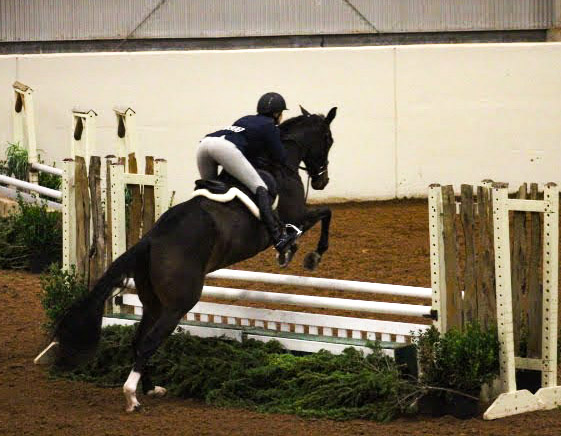 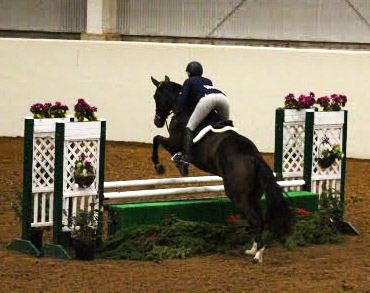 Normally super duper chill, Rio essentially never gets lunged. Like, I have lunged him less then 5 times the entire 2.5 years I’ve owned him. Trainer Julie who usually rides and shows him was in the ring on a different horse and I looked at her and asked, “Umm do you want to get on him?!?” She took one look at his wild eye and gave me a big no, and told me throw him on the lunge. That was excellent advice because Rio was raring to show off his athletic bronc abilities. He bucked and bucked and buckeddddd. Everyone in the ring was pretty surprised- I don’t think they have ever seen Rio show that much spice. I have barley ever seen him be so spicy. After a solid 15 minutes of was can only be described as creative self expression, I decided Rio would chill enough to hop on. 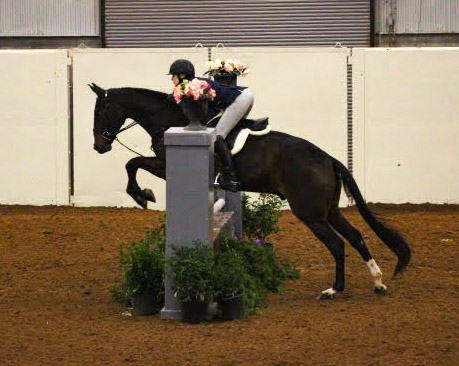 Although he was no longer prancing like a TB headed to the start gate, he was still zooming around pretending not to notice my whoas. Totally dry at this point, he could no longer blame it on a chilly wind. I will give credit where it’s due though- although still busting at the seams with energy he didn’t try to do a single naughty thing. When we started jumping he could calmly canter up to fences and then LAUNCH. Apparently jumping 2’6-29ish just wasn’t doing it for him and wanted to act like they were all 3’6. Didn’t hate it though, because the jumps felt amazing.

On Sunday I was expecting a similar attitude, but it was a bit warmer out and Rio was possibly tired from his antics the day before. He hacked around like a dream, showing off the perfect hunter canter and flawless lead changes (where were those at the show?!?). I honestly never thought that his canter would feel “easy”. Ever since I got him the canter has been a work in progress. He’s big, long, and just doesn’t naturally have that perfectly balanced effortless canter. It’s always been one of those canters that needs constant vigilance to keep it going in a somewhat organized manor. I realized on Sunday hat I was ENJOYING his canter, and that I was basically sitting their doing nothing. I think it has finally got to the point where I can truly relax and not be checking in with him every other step. He GETS it now. It still won’t be his easiest gate (that’s the trot for sure) but it’s come so far in the past year. It was a wonderful realization! 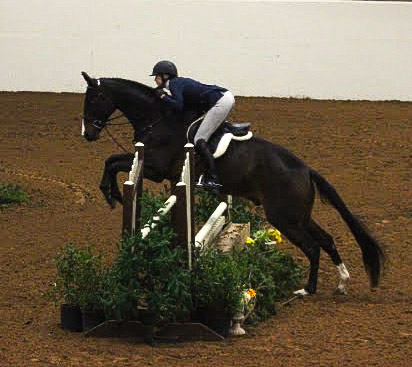 In other news, it was my birthday recently!! My sweet hubby surprised me with tickets to Potted Potter (I’m a huge HP fan) which was super fun. I also celebrated with my besties over dinner. Thank you to all of you who reached out to me on FB and IG, you guys are the SWEETEST! I seriously felt so freaking loved, it was incredible!

I’m headed to the barn today after work to hack, and our barn party is Friday. Gotta love the holiday season, so many fun things to do! Hope everyone is also having an incredible holiday season!