After our hack on Thursday evening was cancelled due to bad weather, I was thrilled to be able to lesson Saturday.  It was cold (low 30’s) with a constant drizzle, but we powered through. Even though Rio was out all morning with his favorite playmates (the donkeys!) he still had energy to burn during our ride. I have never once felt that Rio could have a career in the jumper ring, but during my lesson I had a glimpse of what it could be like (and it looked FUN!).

Rio was so good though. It was actually a great lesson for us. Being so excitable, he was super sensitive to all my aids which made me have to ride extra accurately. I also couldn’t just clamp down on the reins when he got strong, otherwise he’d get even more tense and start hopping up and down with no place for the energy to go.

Instead of clamping down, I had to focused on staying elastic and soft, yet firm with my aids, but only for a few moments at a time. A strong half-halt was required after an exuberant jumping effort but then I had to immediately remind myself to completely relax again and not stay stiff. The relaxing when you feel like you’re sitting on fire-breathing dragon is a bit of a mind game that’s for sure! 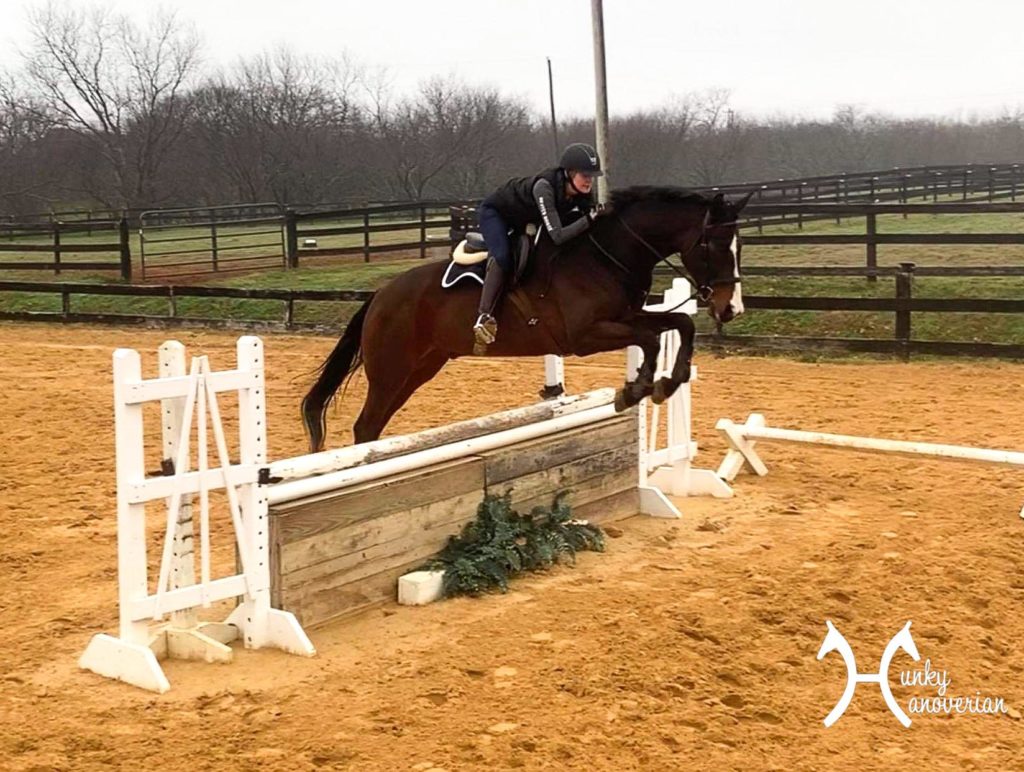 Since Rio was so excited we were incorporating lots of flatwork during our courses, which meant doing transitions and circles whenever he got too tense. Even though he’s almost 8, he still has cases of baby brain occasionally. And although he was full of energy, I still wanted the ride to stay positive and not make him feel like he was being punished for getting excited.

He started out being really “change happy” aka throwing in flying changes down lines and such, so we stopped doing any changes during the ride to not promote that behavior. We also couldn’t just walk every time we needed to change because Rio gets smart to that and will start anticipating the walk. He is too smart for me! I had to stay on-top of it by mixing up what I asked him to do. Sometimes we would trot, sometimes I would circle, sometimes we would halt. It didn’t matter what we did, I just had to keep switching it up. 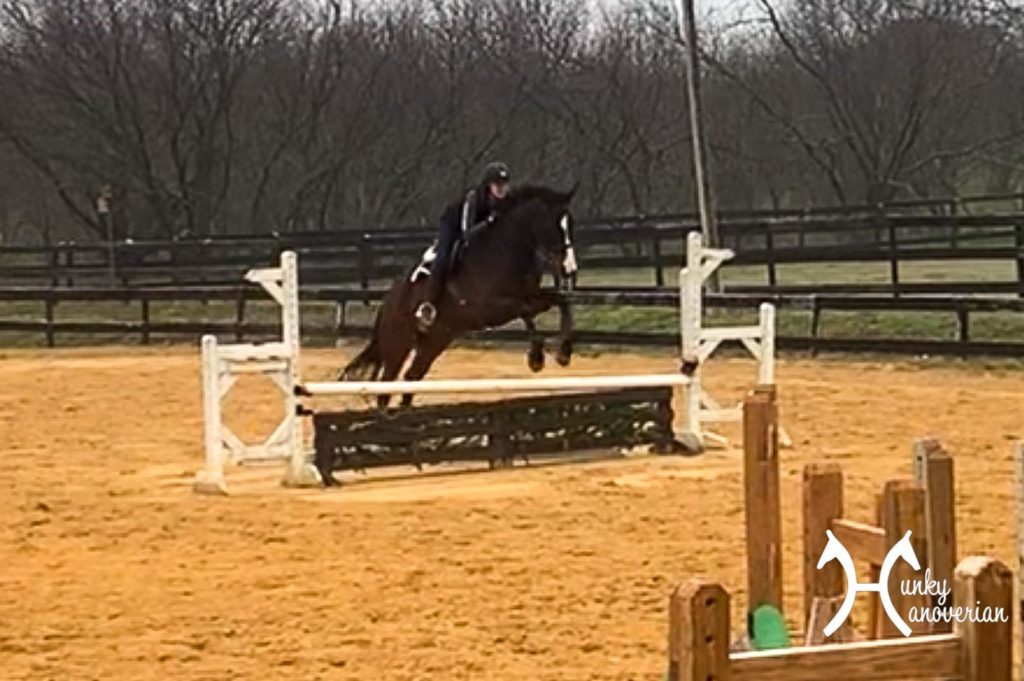 Since we didn’t want to do changes, Trainer Julie suggested I start thinking about the lead over the fences. She said she had been working on it with him that he is very smart and slick about it. I don’t have much experience with that at all, so although Rio did get it the few times I managed to ask correctly, I totally messed it up just as many times too. You cannot simply tell me to release my outside rein a stride before the jump. This will absolutely result in me over-trying by twisting my entire body to the inside a good 3-4 strides out and throwing my outside rein so far forward it’s comical. It also means I abandon all other aspects of my riding including pace management and straightness. This is not a recipe for seamlessly landing the lead, let me tell you.

Regardless though, we had a great lesson and I am super thankful to have this sweet boy. I learn so much every ride on him, and I am so lucky to have such an eager partner who loves his job so much. Big thanks to Liana who was also lessoning with me in the non-stop drizzle yet still managed to grab some video so we would have some media. Your efforts are ALWAYS appreciated!!!

Short video of part of one of our rounds:

Rio was FULL of energy in our lesson Saturday (super cold & drizzly) but he tried so hard to keep it together for me. I love this horse so incredibly much, spastic energy included!

Riding Hunters: When Karma is Real