Rio and I buckled down for some last minute show prep this weekend. The Texas weather played nice (for once!)  And it was actually pretty pleasant both mornings with some cloud coverage and a nice breeze. I still used the magic alcohol/water combo with ice packs to continually wet Rio down, but both of us much appreciated the break in the weather (I think it was low 90’s instead of high 90’s LOL).

On Saturday Rio started out a bit wiggly, and our first few warm-up jumps felt pretty meh. I did a little mental check-in and thought, “Kelly. You need to do better. If you can tell something is going wrong, FIX IT. Now is the time to school!” After I kicked myself in the butt it got better. I rode a little more aggressively but also softened and relaxed at the right times. The jumps stayed small and Rio sailed around really easily.

My awesome barnmate Liana videoed (THANK YOU GIRL!) and I felt even more confident after reviewing the video. It may not look particularly exciting to anyone else- but to me it looks so smooth and easy, which is exactly how a hunter should look. We trotted our changes this weekend because Rio has been anticipating some, but other then that I felt like everything was so fluid Saturday. We even surprised Rio at the end by doing a bending 3 stride that we haven’t done before and he jumped in nice and big and pretty, but also listened to my quick woah to make it out without clobbering the out jump of the combination. I think everyone was a little shocked that we pulled it off so well! 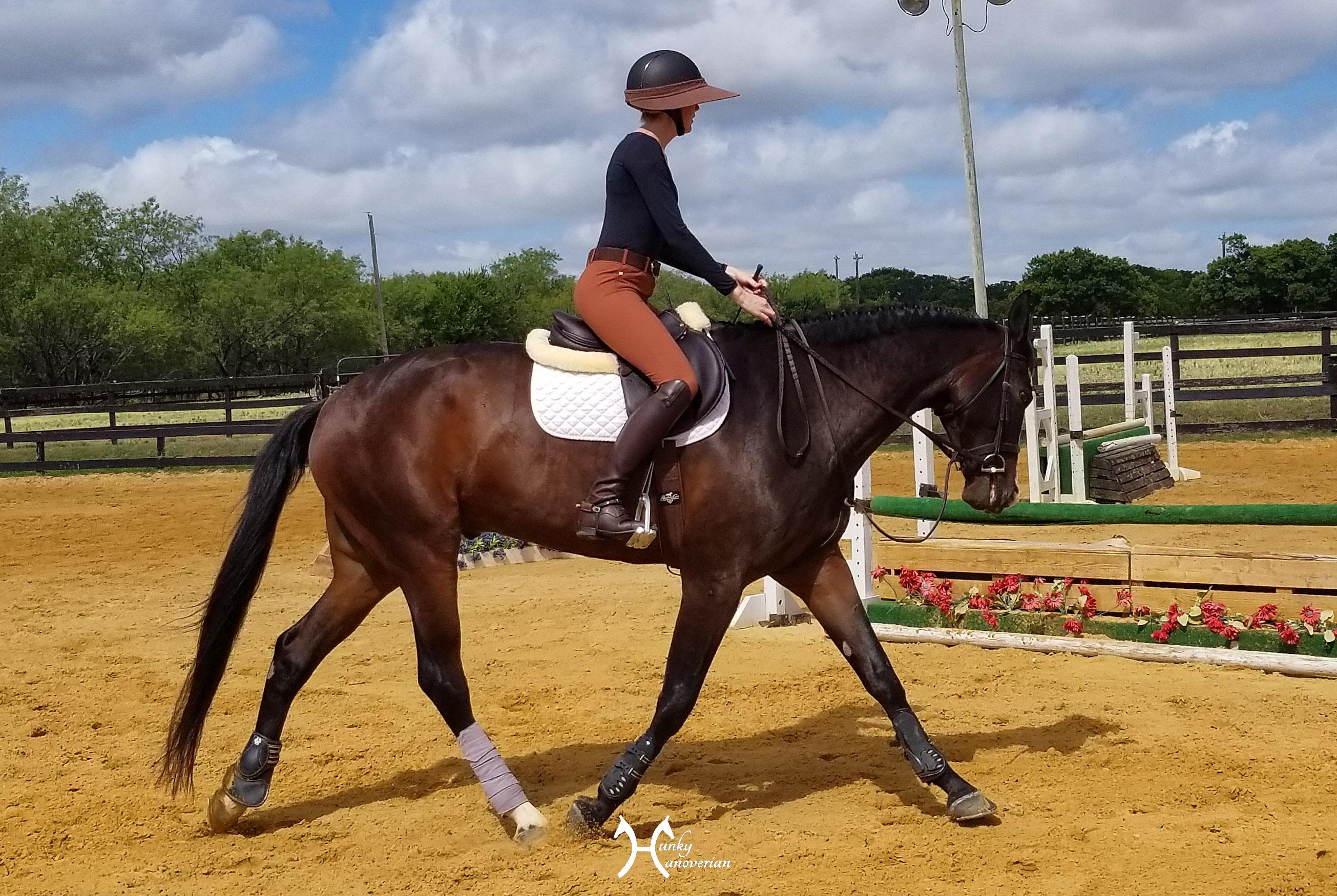 Sunday went even better. I felt like we were really clicking right from the get-go, and like I am doing a much better job of keeping up mentally during our rounds. I think thta I am developing a better feel for timing of the aids (Rio is SUCH a finesse ride) and even when we made small mistakes my recovery time was much better.

For example, we will be cantering along approaching a corner before a diagonal line and I will be thinking, “Is this canter too big? Do I need to shorten him? No, it feels good, I think this is good, I need to soften and let him flow, relax into your heels Kelly and breathe.” The SECOND I exhale and soften he will try to drop to the trot. He’s really not lazy per say, as in he doesn’t need a lot of leg to go, but he sure can sense an opportunity to quit. This self carrying canter thing is still hard for him, so I know he’s only doing it because he’s tired and it’s hard. If I am there with my leg on, even lightly, he doesn’t do it, but sometimes on my attempt to relax I relax too much I guess! 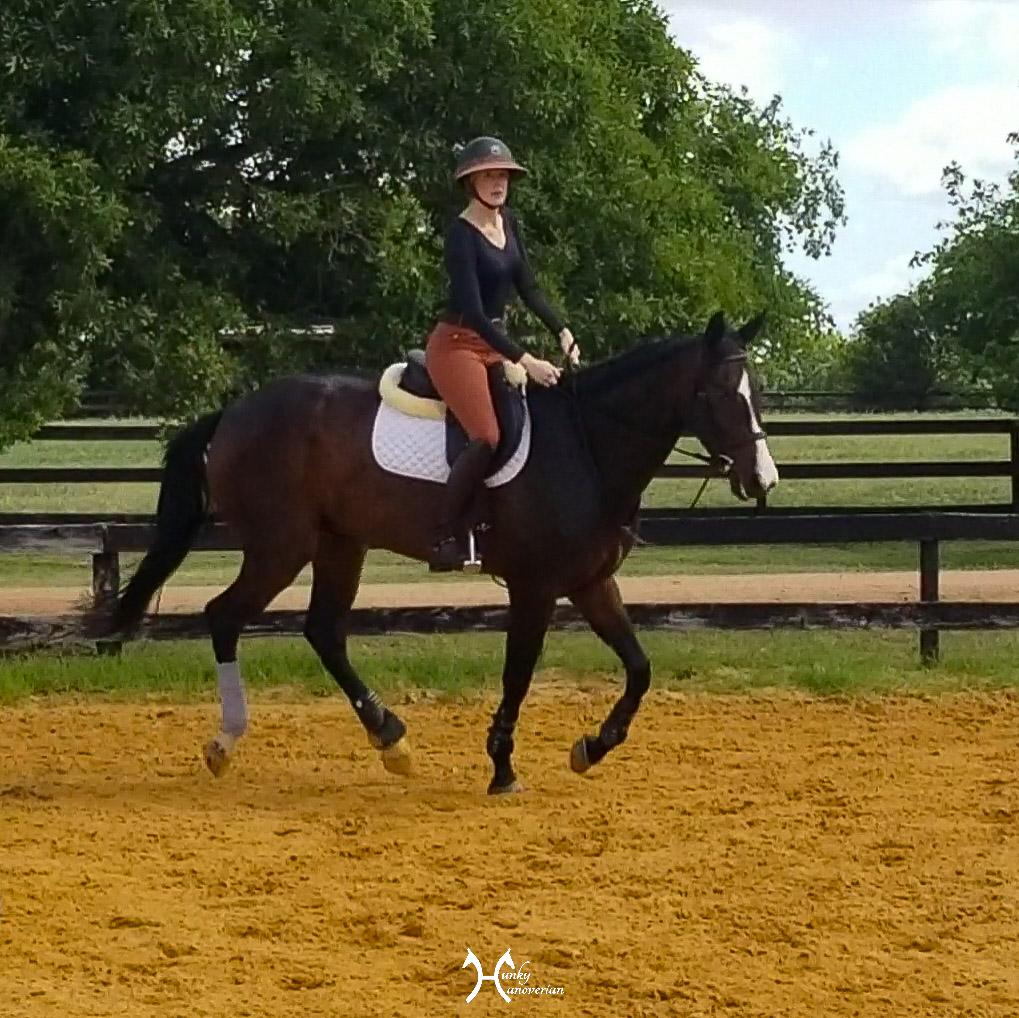 The lesson was great though, and I feel confident and excited going into Waco. I know that lead changes may still be an issue, but I think Rio’s self carriage has improved and that my feel and timing have improved since Ft. Worth. I think we will be able to concentrate on finessing our ride more this time, and I hope that we are able to recover quicker and smoother from any mistakes.

Tomorrow night I head down to Waco! Wish me luck! Anyone else have a show this weekend that they are mega uber excited about?

Our last round from Saturday with the little 3 stride bending combo at the end: