Here’s the deal guys- we all have to agree not to show this post to Amazing Vet.

She mayyyyy have said Rio could start turnout, as long as he doesn’t run around like a wild man. He has basically gotten to the point where I can barely control him on the lead with all his antics, so we decided that for the sake of his mental health we needed to start turning him out some, in a small-ish enclosure. I TOLD him to behave but of course some playing was inevitable, so now I get to share all the adorable photos and video with you guys- just don’t show my vet! 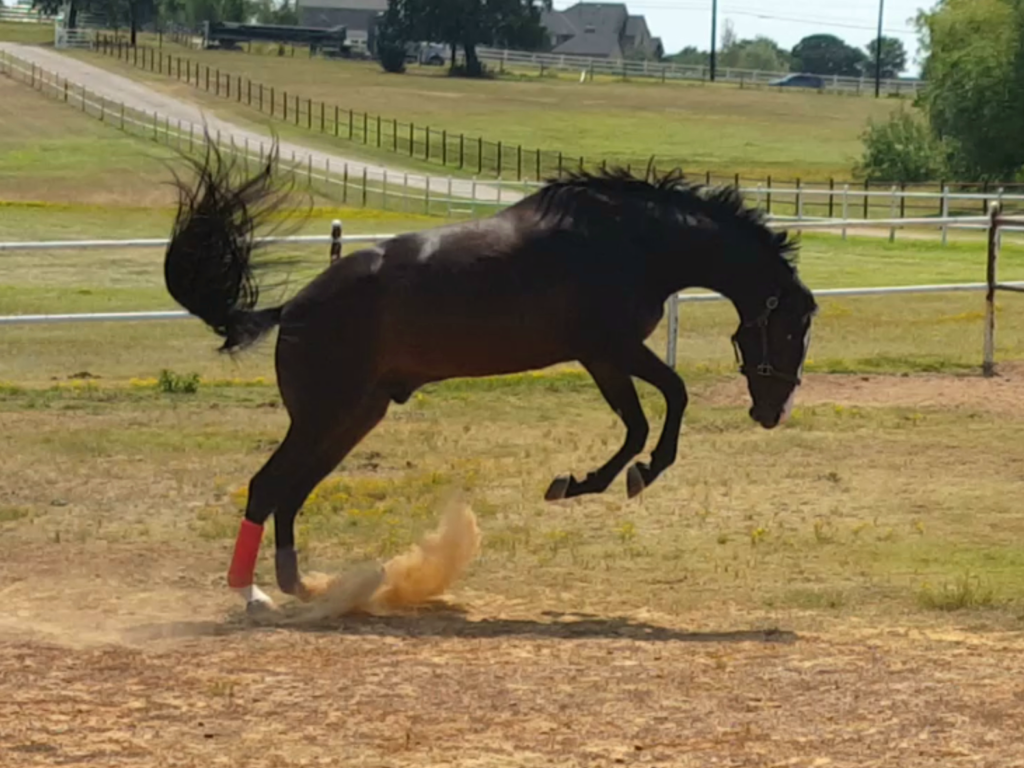