The torrential rain has finally let up enough this week  and allowed from some jump lessons.  Somewhat short on time before our up coming show (2 week EEK), I had back to back jump lessons Wednesday and Thursday evening, making the most of the cooler weather. I was downright CHILLY on Wedneday evening, hovering around 65. We focused a lot on on the little things, and predominately only did small jumps as Rio is still working back up to full courses. I have also been lucky to have continue with smaller lessons, only me and one other rider both evenings. I am really enjoying this trend, as I have more time to ask questions/clarify things without holding up the whole lesson. 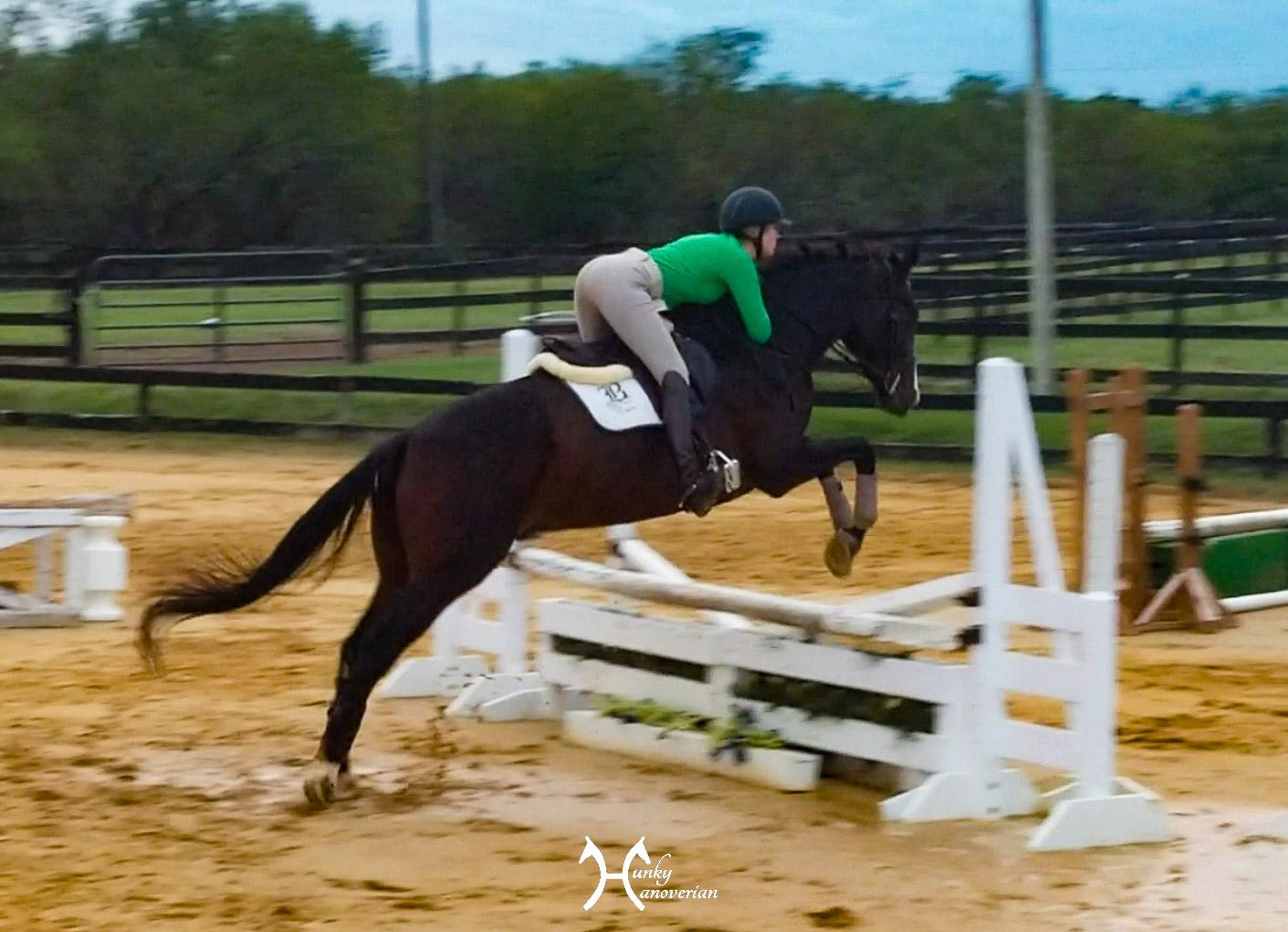 Can we talk about what a friggin saint Rio is? Like… my eye is SHIT right now. I’m going to be honest. His canter is so much more ‘together’ then it was this summer, which is amazing, but I still constantly feel the need to shorten him. The first time we did this 6 stride line we got in super quite, and I immediately landed and asked him to shorten his step (like I used to have to do inside lines). Well I didn’t realize until about 2 strides before the out that we were still really far  away, at which point I thought the best solution would be to gun it. Yes I make poor choices. Rio did what I asked, but this led to a HUGE long spot on the out, which led to Rio rightfully taking off playing on the backside. He was obviously impressed with himself for saving my dumb ass.

Trainer: Why did you jump in so quiet and then shorten him right away? You had a really nice balanced canter!

Me: Because I cannot see a distance to save my life and I reverted to doing what I always used to have to do.

Trainer: Ride one jump at a time. Land and then assess where you are. Take into consideration that you basically chipped the in and had no pace.

(The above is a dramatization for my own amusement. Trainer is nicer then that but does make excellent points)

The theme of both lessons ended up being “know where your horse’s rib cage are”. I had to ask a lot of questions about this, because some of the phrasing/terminology being used was something I am not super familiar with. Essentially, the focus was placed on keeping Rio straight through his rib cage going up to the jump so he would jump more balanced/correct. We did a lottttt of trot jumps to practice this.

For example, in an effort to make things easier for himself, Rio with lose straightness through his body (ie rib cage) a stride or two before the jump so as to not have to exert as much effort. Tracking left, we would have great bend through the rib cage in the turn, then he’d get nicely straight and be stepping under really well and totally set up for an amazing trot jump. Then, a stride or 2 before, he’s shift his rib cage ever so slightly to the inside and kinda jump crooked and also allow himself to leave out the last step. If he had stayed truly straight and taken that one extra step it would force him to jump “up” much more and push more evenly from behind. This is hard, and he no likey. Much easier to shift his weight at the last moment and cheat a little. 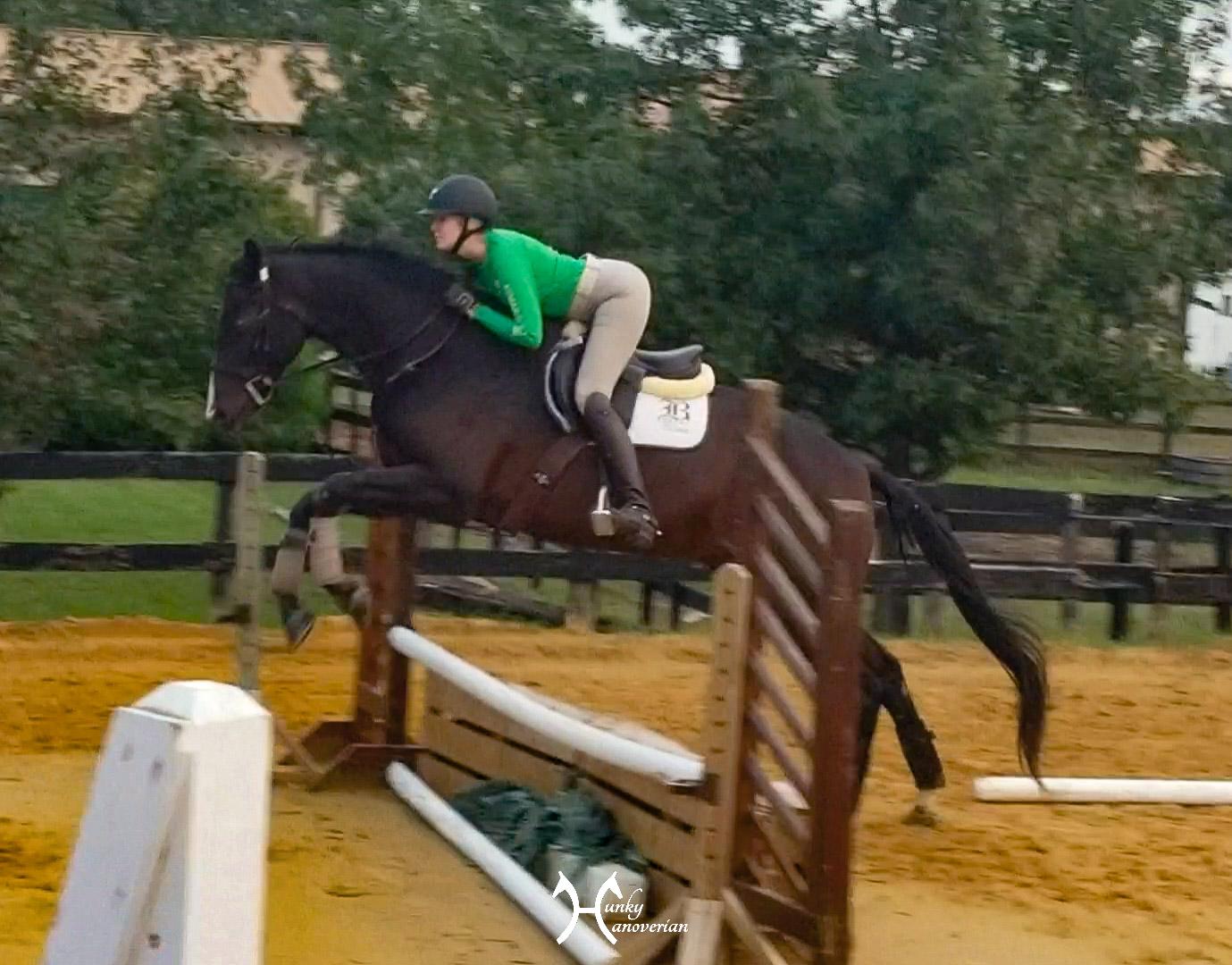 I was previously not acutely aware of this shift of his weight to one side. At times, I could feel him being heavy on one side or the other, but I didn’t really think to do anything about it, as it is pretty minor. Turns out, I CAN influence it, and it makes for a much better jump! LIGHT BULB MOMENT.

Do we have it 100% worked out? Oh hell no! Not even close, but at least I am actually starting to recognize it now, and occasionally fix it. This riding thing is hard. 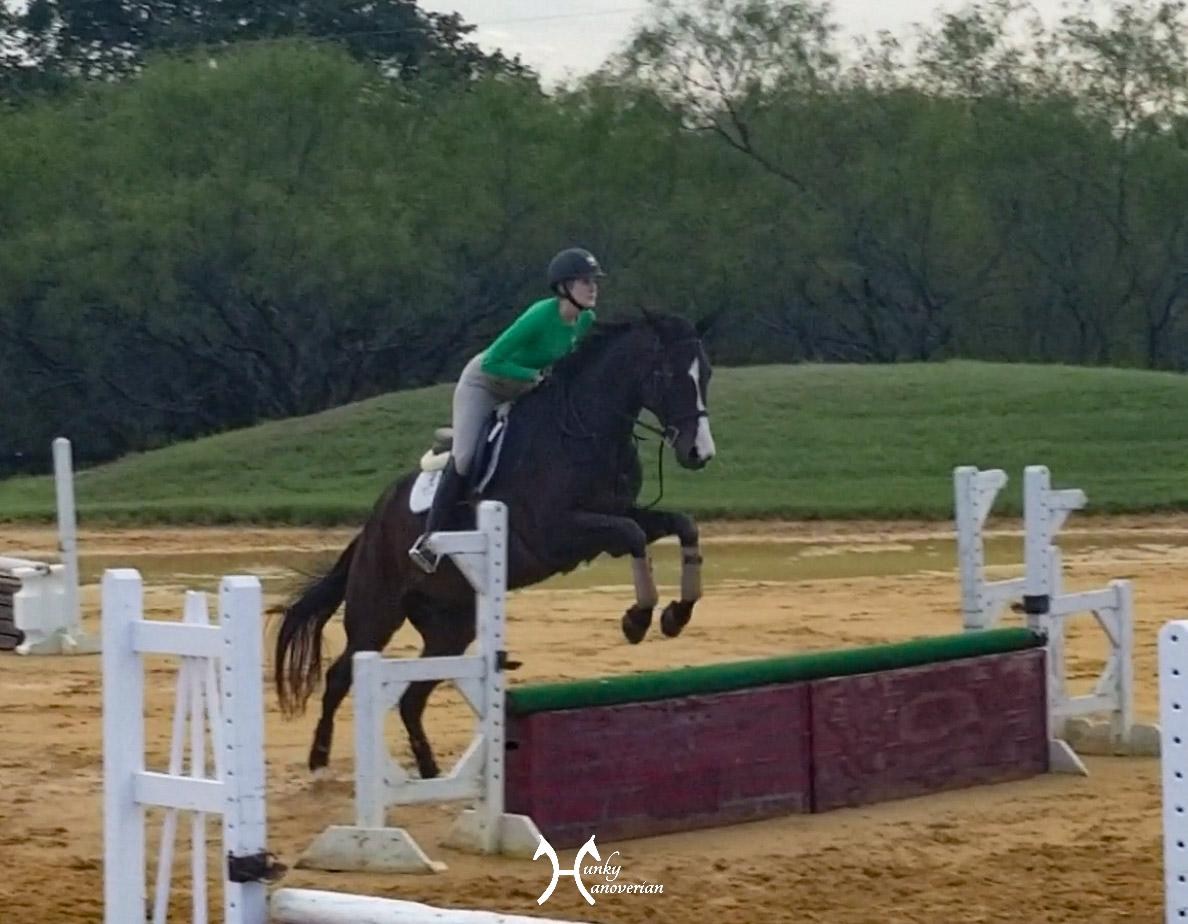 Rio is also getting much more responsive to my body position. In the trot we warm up within the gait by going from working, to collected, to working, and then to lengthening trot. Although I am very familiar with this exercise from my dressage days, the way we go about it now is very different. When I rode this exercise before, it with with a substantial amount of contact and influence from my seat in the sitting trot. Now, I do it with almost no contact at all, and stay in the rising trot. The aid is 98% my body position and leg.

And the crazy thing? It WORKS. Rio feels the slightly change in my posting rhythm and opening  off my hip angle, and he responds amazingly well. He’s THAT in tune to my requests. This is both awesome and scary. Sometimes my body doesn’t cooperate, and I accidentally send wrong or mixed signals, so this new level of fine tuning is forcing me to ride more accurately and the struggle is real.

I also had a SPECTACULAR fail that Liana thankfully caught on video. That is for another day though! Huge thanks to Liana (who was also in the lesson) for videoing, even if Cash Money wasn’t wanting to cooperate and hold still for her LOL.

Who else has struggled with doing an exercise you are familiar with, but with a different approach or different aids? I swear, the more I ride the more I realize what I DON’T know!!! There are just so many approaches to achieve the same goal, it’s insane and amazing all in one! 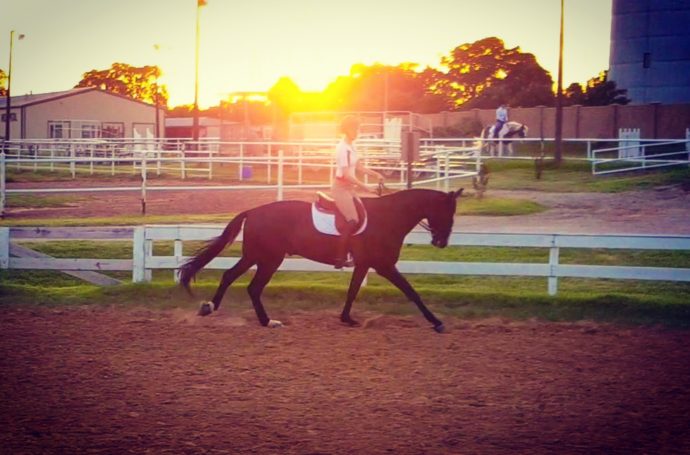