Rio and I had a great jump lesson on Saturday. Even though the temp felt like 97 and the sun was blazing, we put in some really good work. I know I have talked ad nauseum about canter quality and how although it’s the key to all things, it’s such a struggle for us. As Rio progresses in his training, the way I have to approach the canter changes. It feels like every few months I am having to re-learn what it takes to ride him to his best ability. 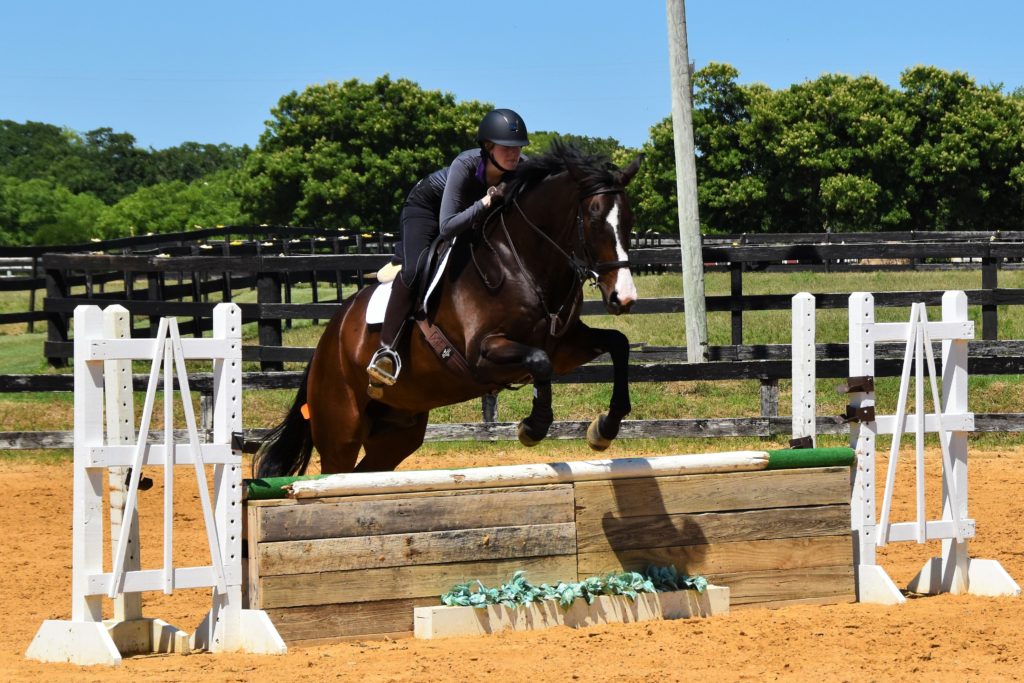 So what stage are what at now? Let me back up and say where we were before. In the last 6 months-ish we have been really gentle with him. Almost no hand, little bit of supporting leg, predominately using body position to help balance his canter.  If you did much more then that and he’d get super stressed and anxious. Now that he is more settled into his job though, he actually can get a bit lazy. Unlike some warmbloods, Rio has never been a ‘kick’ ride. You don’t need much leg, pretty much ever.

I have been practicing the soft ride so much, but now he is needing a bit more from me to get the best out of him.  I  actually have to wake him up a bit now! I can also shape his canter more without him getting stressed out about it by taking more feel for a feel steps while simultaneously using more leg,  therefore insisting on more jump in his step without letting the stride get longer. But, then I immediately have to be soft again and let the canter flow freely. 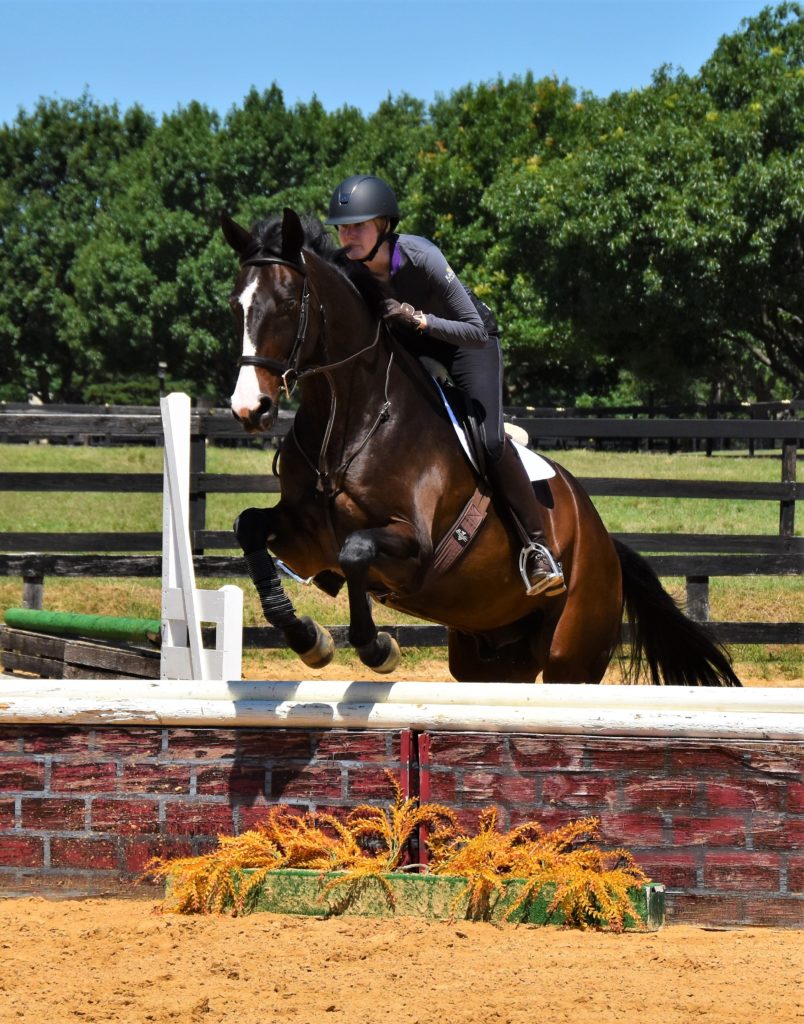 We also used to land off of jumps and immediately canter off more forward before attempting to put the canter back together again. Now, I can land after a jump and almost immediately think about lightly re-balancing. I think this is because he is carrying a better canter overall, so we don’t have to send him as forward since he is no longer landing in an unorganized heap. 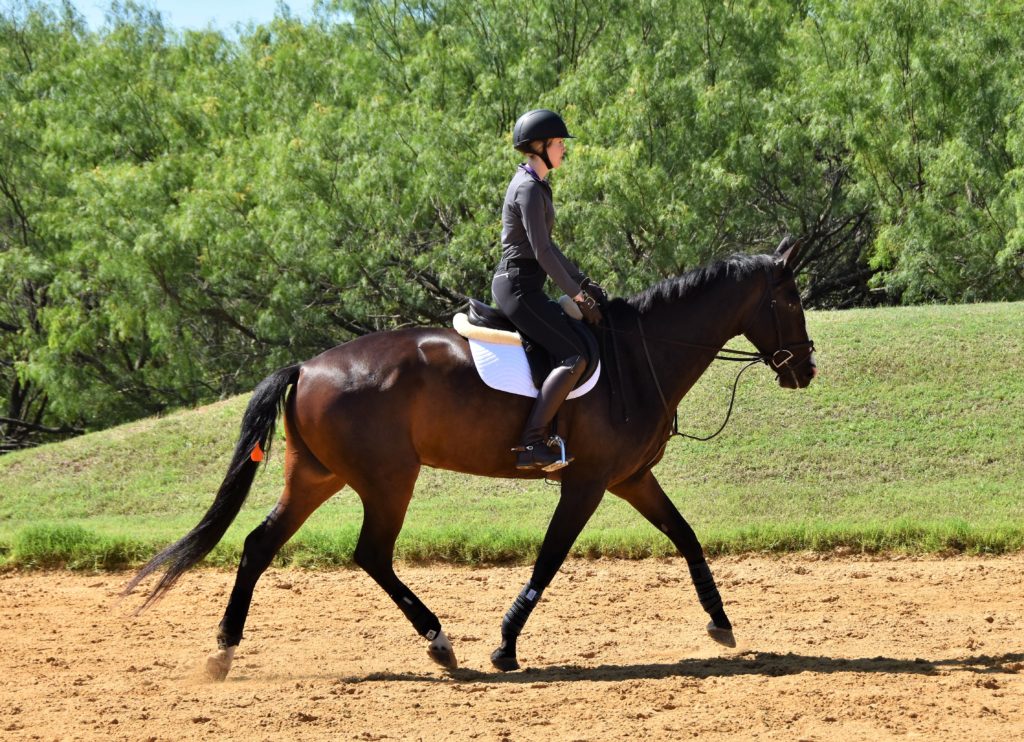 I was also super excited because we got all of our lead changes Saturday and they are actually, maybe, possibly, starting to feel… dare I say it? Kind of easy! Fingers crossed that this trend continues. They aren’t perfect (usually a single stride late behind) but this isn’t dressage and you only lose one point per stride late behind. Pretty sure 1 or 2 lost points isn’t going to be making it or breaking it for me in most classes. These days I’m happy if we get our changes at all, keep the rails up, and only chip one jump LOL.

Here is a little video edit of the ride! Also huge thanks to Liana for all the amazing photos!