Well, the new bit isn’t working out. Wrapping it in Sealtex was a great idea in theory,  but after our lesson this morning I noticed part of it was chewed through by Rio so I cut it off intending to replace it.

YUCK. This brownish red goo game out when I unwrapped it. The bit underneath was destroyed. 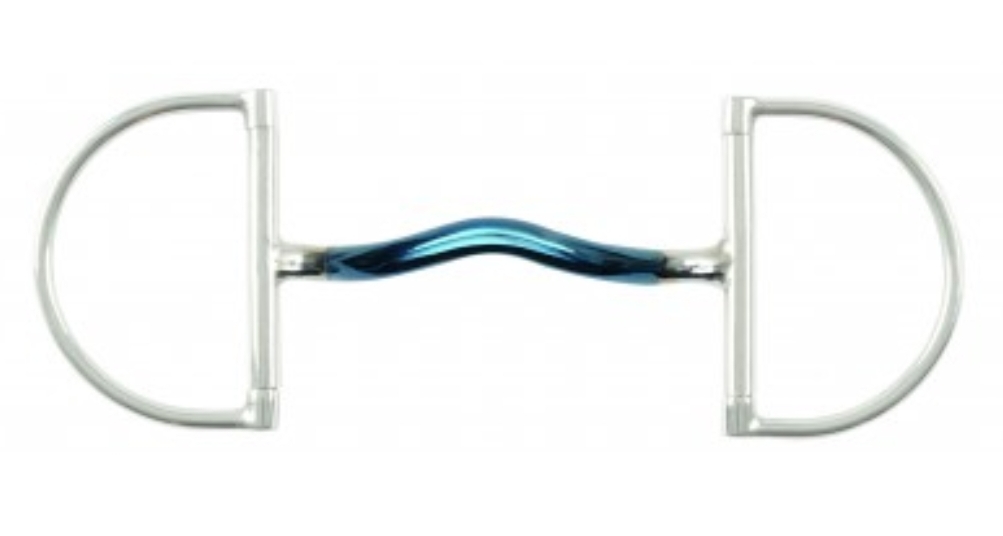 The medium port of the Shires Blue Alloy Hunter Dee with Mullen Mouth allows more room for the tongue and helps to relieve pressure and is very stable in the horses mouth. The blue alloy oxidizes easily to create a warm and sweet taste. The blue color will fade with use. 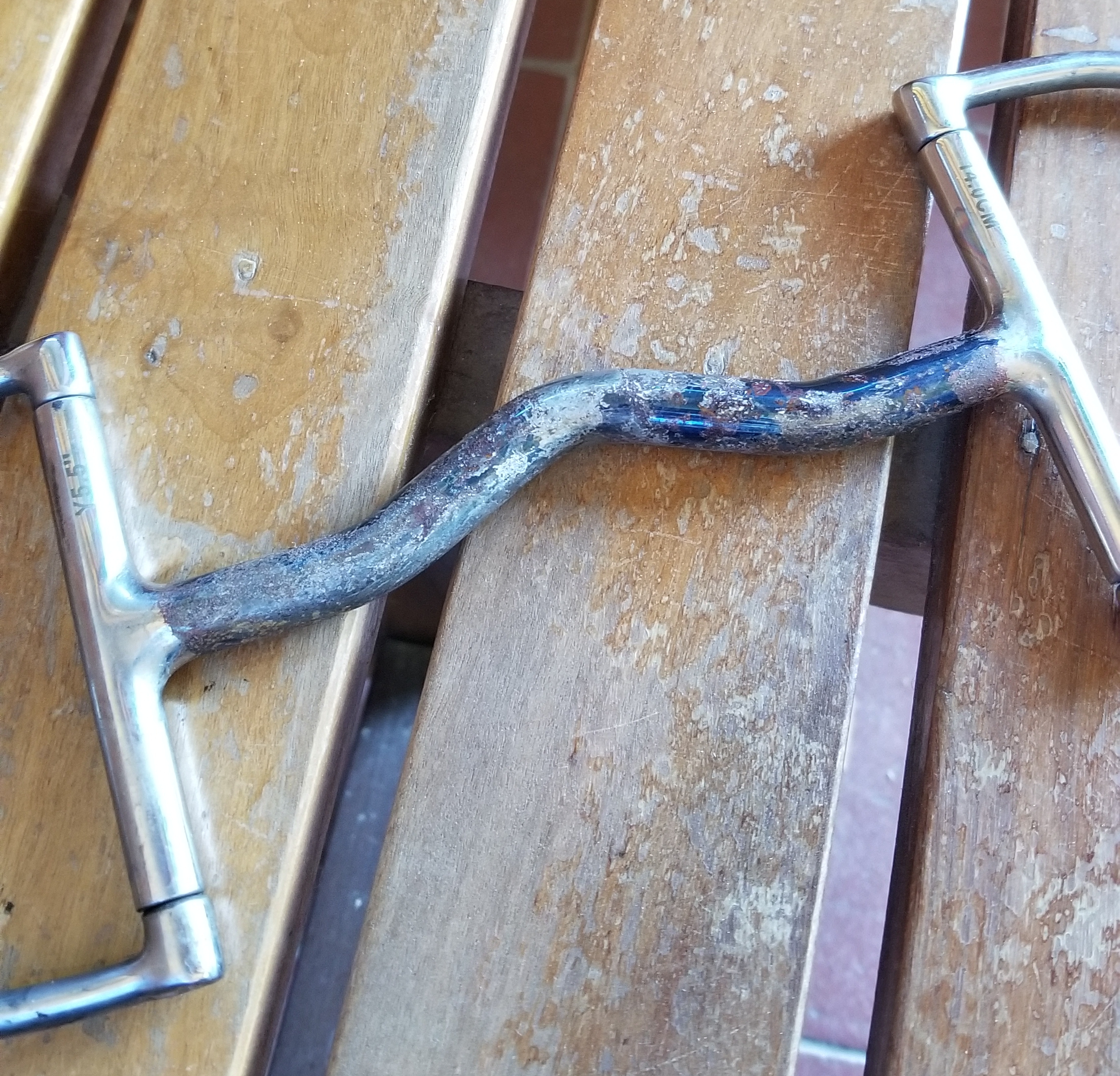 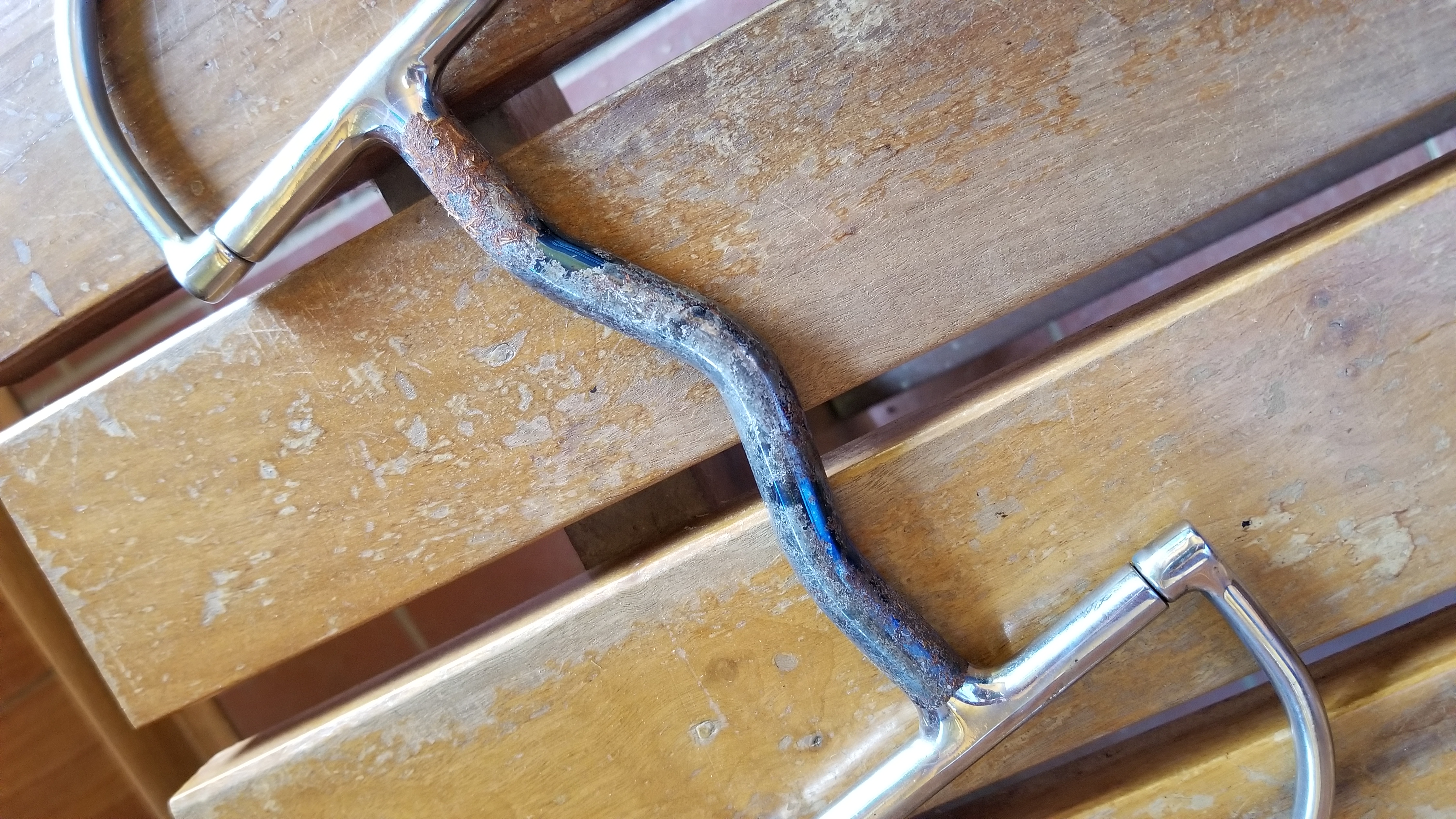 I guess that’s what I get for buying a cheap bit?!

I had already decided I wasn’t LOVING it anyway. Rio was starting to lean on it a bit and getting a little locked in the mouth. I discussed it with trainer Julie and we are going to try my Bomber again. It’s a similar shape ( but made with much higher quality materials) and I haven’t tried it in about a year. He may be ready for it now that he is further along in his training. Plus, I already own it so it can’t hurt to see how it works!

In other news we are 5 days into the Equiwinner patches and so far no sweat. What are the patches exactly? Honestly, I don’t really know. The website has a bunch of pseudo science. Mostly my eyes locked on “money back guarantee”. I looked up some reviews and found some stuff on the COTH forums. They seem to have worked miracles for some people, and someone else said they easily got their money back. I figured it was worth a shot, nothing to lose after all. It will be $140 well spent if they work. 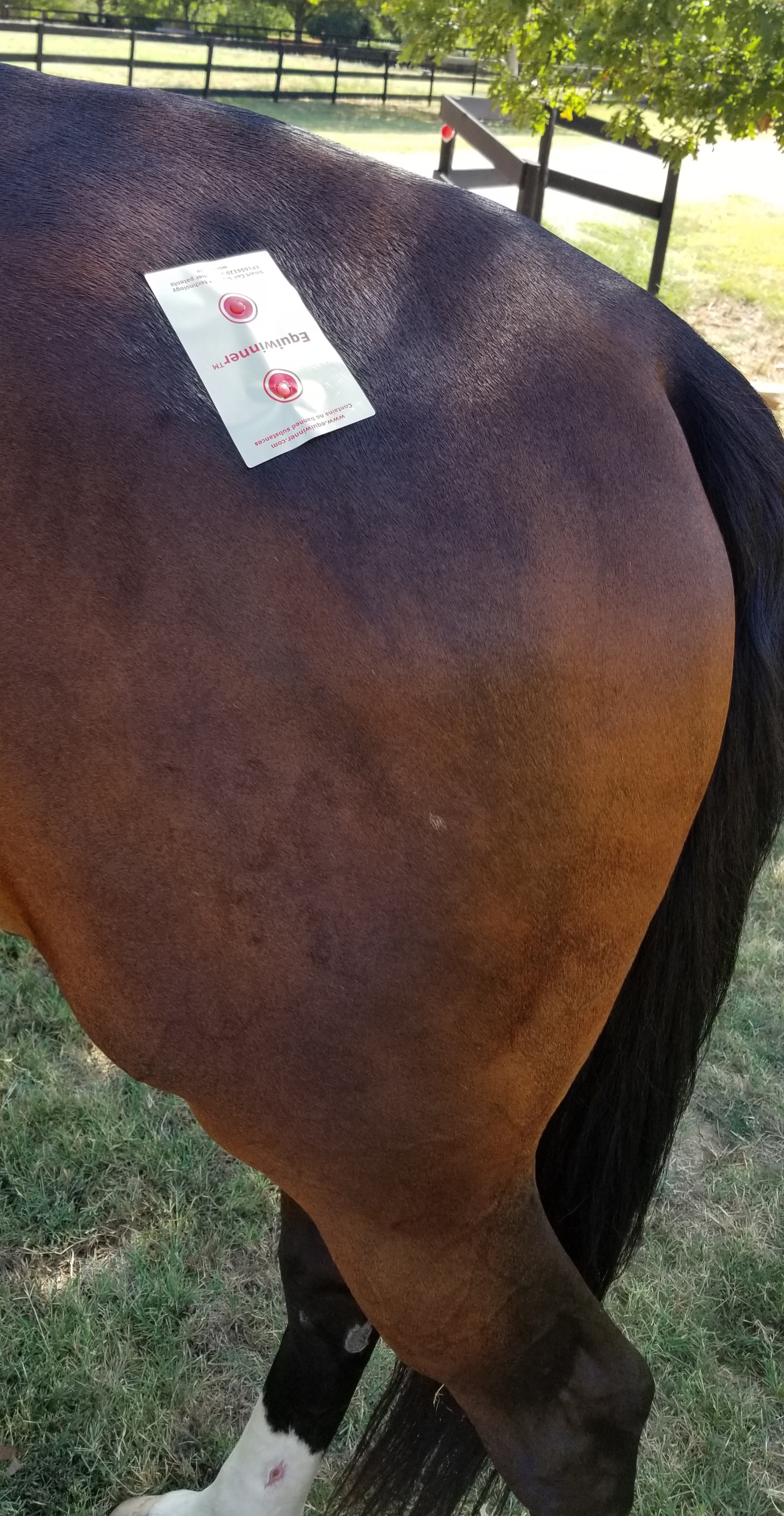 But, they aren’t working yet. Most of the reviews I read said they worked almost right away (2-3 days). 5 days in and nothing. I’m disappointed but still holding out some hope they will start working. It’s a 10 day treatment so… send good vibes that they kick in! 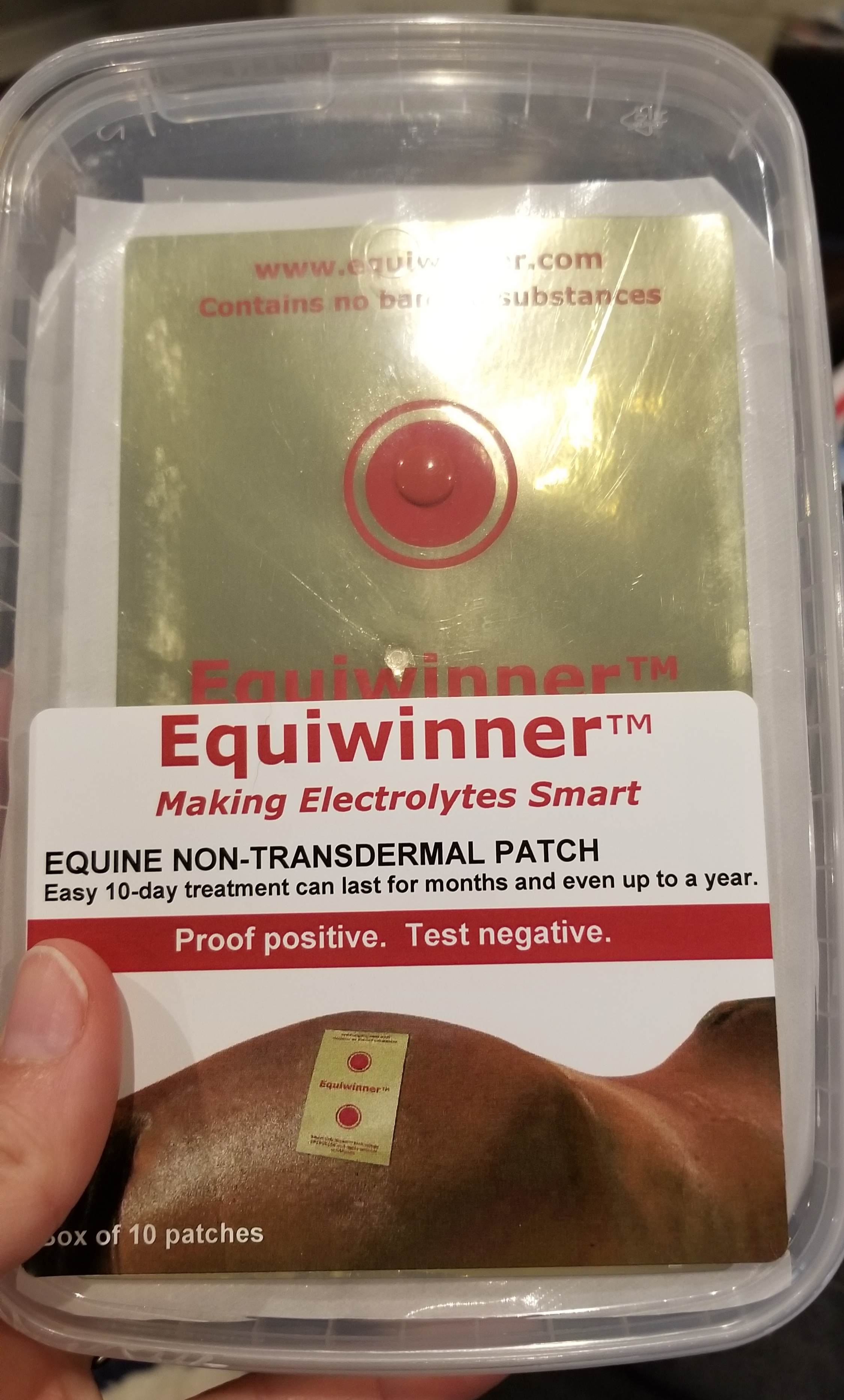 In other news, this is the forecast for Dalls/Ft. Worth this week. 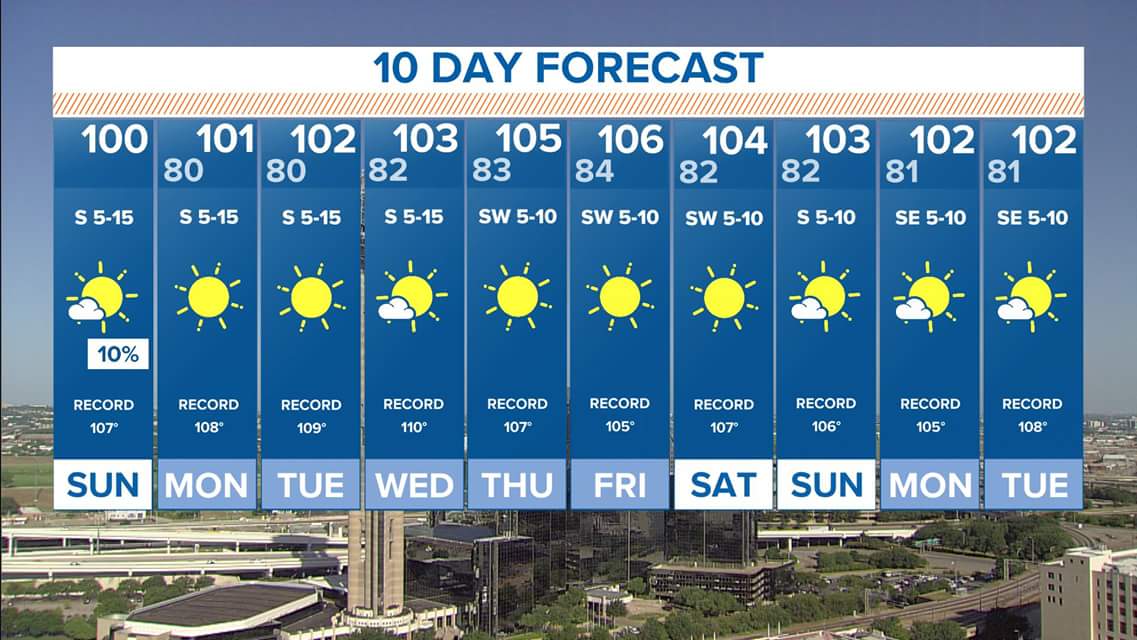 Yah…. I may die y’all. I already told trainer I wasn’t going to come hack this week (I can only come after work, which will be way too hot). Rio may be getting a mini vacay this week due to the extreme heat. Thankfully he is on all night turnout, and he’ll spend the days in his stall with fans!

Anyone else have a crazy heat wave coming their way this week?

What Have I Learned?