Although I spend a large percentage of my time at the barn doctoring and fawning over Rio, I do occasionally sneak a ride on Clarky. I say sneak, because Rio is super possessive of me, as I previously mentioned with photographic evidence.

Clark is the sweetest boy ever, and usually super docile. He occasionally has some spunk though, and he was feeling good on Sunday! It was windyyyy, the polo team was practicing, and the guys were bringing the horses in from the paddocks next to the arena. All of this had him a bit distracted, but once we got working it was nice to have that little bit of extra oomph! His flatwork felt nice, and I had fun throwing a bit of lateral work in as well. Clarky and MM are riding in the George Morris clinic in 2 weeks, so extra emphasis is being put on his flatwork right now. After a lovely warm-up we progressed to doing a gymnastic line, which Clark hasn’t really schooled in over a year. 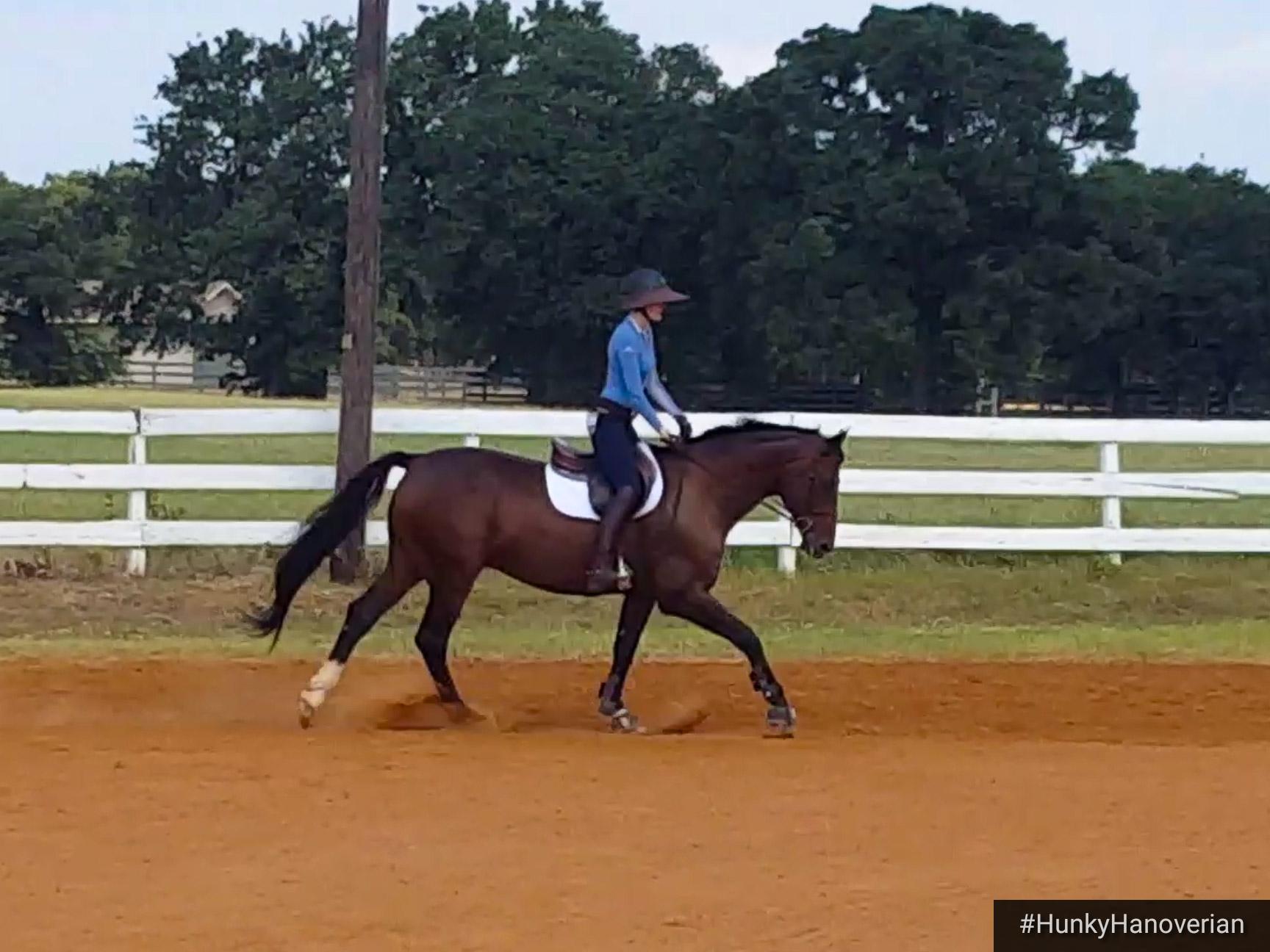 He was definitely game for it though, and we spent most of the time thinking “Whoaaa” and “Eassyyyy Mr. Sassypants”. He was EATING up the line (which was purposefully set a bit short). It was a really great lesson though, with a ton of improvement at the end. Once he started to relax more, and once MM got me to stop trying to help him so much, he really settled in. My tiny bit of Nervous Nelly that still rears her ugly head sometimes wanted to sit in the back seat and take more of a feel of his mouth once he started to power through and get a bit quick. Turns out that giving more slack in the reins and not allowing him to balance on my hands actually slowed him down. Point taken Clarky, point taken. Further proves that more hand is never the answer (how many times will I have to learn?!)

What lessons to you guys have to learn the hard way (repetitively) to get them to really sink in?

Video has one rep through the gymnastic at the very end. Unfortunately, it’s from the beginning and not the end so you can see that he’s a bit fired up still, but trying so hard!